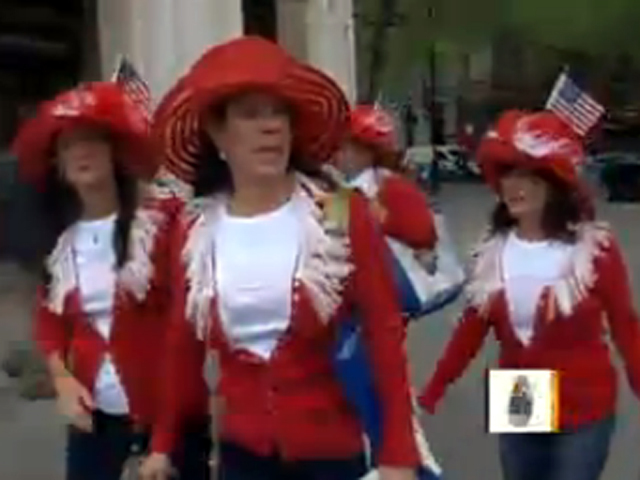 With the royal wedding drawing ever closer, the streets of London are teaming with tourists from around the world. It's estimated that international visitors will make up nearly half of the spectators trying to catch a glimpse of the bride and groom, and many of them are Americans.

According to VisitBritain, the British tourism authority, about 1.1 million visitors will be in London the day of the wedding - that's up more than 600,000 people expected in the city over a typical April weekend.

CBS News Correspondent Ben Tracy talked to some of the most dedicated Americans who have a severe case of royal fever:

For more on the allure of the royal wedding, "Early Show" co-anchor Erica Hill spoke with avid royal fans, Marcia Anderson, of Oklahoma City, Okla., Mari Boepple and Denise Callegari, both of Houston, Cindy Bernard, of Lafayette, Louisiana, and Michelle Bordelon, of Baton Rouge. Click on the video below for their full interview.