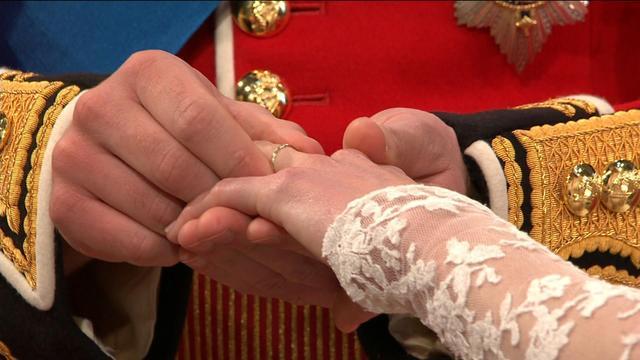 Hidden in the remote hills of Bontddu, Wales, is the unlikely vault of a royal wedding tradition -- Welsh gold. For the past century, the rare gold has been turned into wedding bands for the royal family. The tradition began with the queen's mother, was carried on by Queen Elizabeth II, and followed by Prince Charles and Princess Diana. Even modern royal brides like the Duchess of Cambridge wear Welsh gold bands.

It's believed gold was first discovered at the Clogau mine in the Bronze Age. But commercial mining didn't begin until the mid-1800s and only produced about three tons before closing in the 1990s, reports CBS News' Jonathan Vigliotti.

Today, some of the remnants of the Welsh gold mining industry have been turned into a modest museum managed by the National Trust's Bethany Fenn. So what made the royal family fall in love with the rare gold in the first place? According to Fenn, the answer is in the question: because it's so hard to find.

"The queen on her 60th birthday, she got gifted a kilogram of this Welsh gold and she's been slowly chipping away at it with all these wedding rings ever since," Fenn said.

The royal family might have one of the last major sources of Welsh gold on the market and it's unknown how much the queen has left to chip away from. That's where Howard Baker of Alba Mineral Resources enters. His company has plans to reopen the mine and unlock the royal treasure inside, bringing an industry back to life.

To see Jonathan Vigliotti's claustrophobic journey inside the mine hiding Welsh gold with geologist Howard Baker, watch the above video.