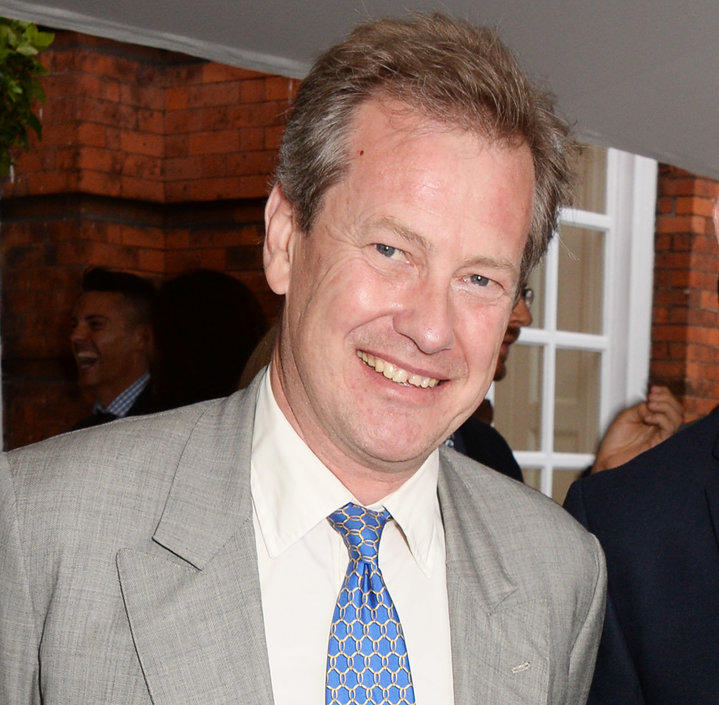 The royal family held a historic wedding this spring with the nuptials of Prince Harry and American actress Meghan Markle, but there's about to be one more "first" before wedding season is over.

Queen Elizabeth II's cousin, Lord Ivar Mountbatten, announced that he will marry his partner James Coyle this summer in the royal family's first same-sex marriage, reported the Daily Mail. Lord Mountbatten made history in 2016 when he announced he was gay, becoming the first member of the royal family to do so. Shortly after, he revealed his relationship with now-fiance Coyle.

The ceremony will be held in a private chapel on Lord Mountbatten's estate in Devon, England. While the wedding ceremony is limited to close family and friends, the couple invited 120 guests to the reception, but the queen and her immediate family won't be in attendance. "Sadly they can't come to the wedding. Their diaries are arranged months in advance and they're not around, but they adore James. Everyone adores him," Lord Mountbatten told The Daily Mail.

Prior to coming out, Lord Mountbatten was married to Lady Penny Mountbatten and shared three children with her. The couple divorced eight years ago, but there are definitely no hard feelings -- Lady Mountbatten is going to walk her former husband down the aisle. "It was the girls' idea," said Lady Mountbatten, "It makes me feel quite emotional. I'm really very touched."

As to why the Lord chose to make history with his wedding, he told the Daily Mail that it's all about his groom.

"For me, what's interesting is I don't need to get married because I've been there, done that and have my wonderful children," said the royal. "James hasn't had the stable life I have. I want to be able to give you that."