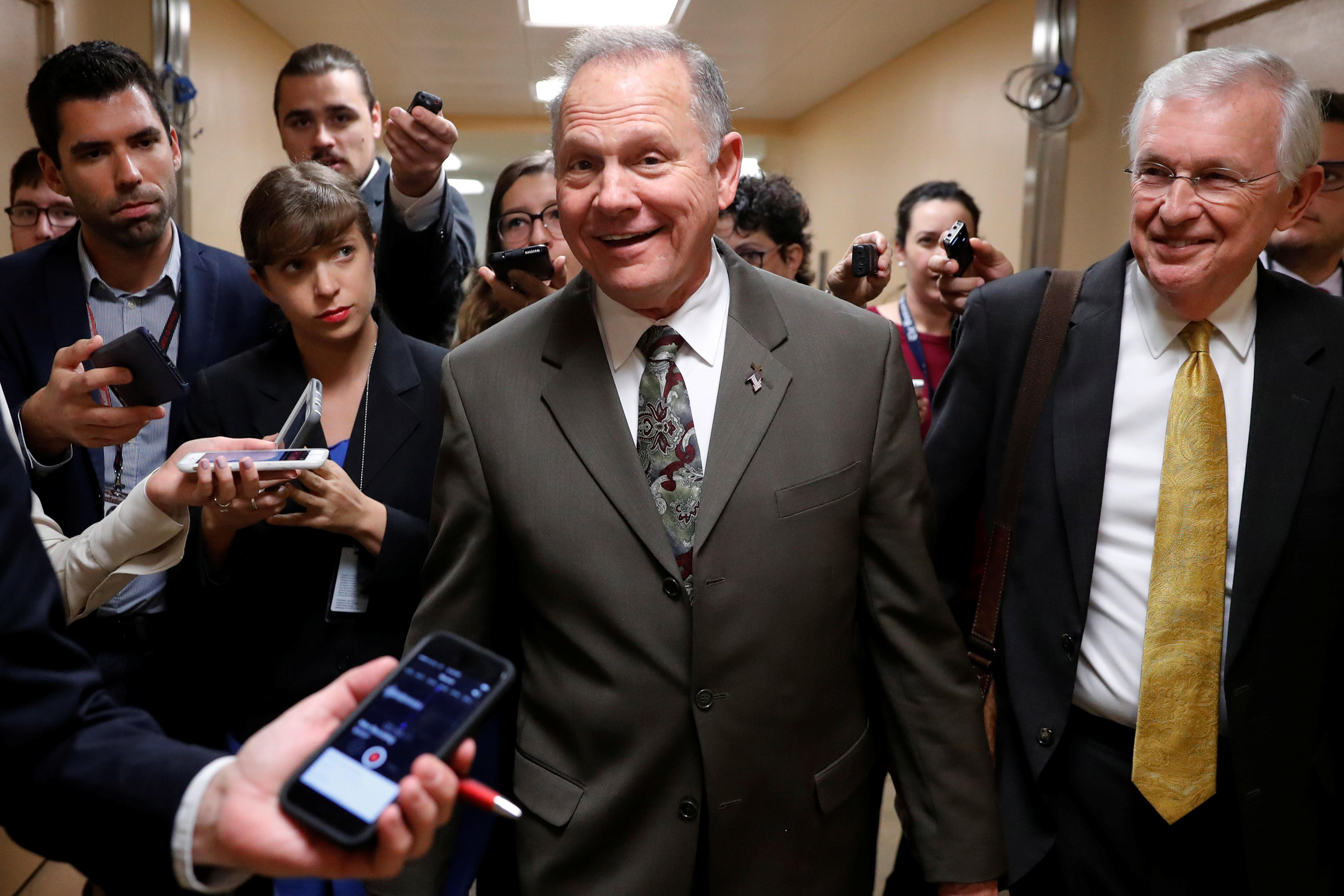 Alabama Senate candidate Roy Moore told reporters on Capitol Hill that they "don't understand religious liberty" and that it "comes from God," rather than the Constitution.

Moore was stopped by reporters while walking through a Capitol Hill hallway when he was asked repeatedly if he stood behind his previous comments that Rep. Keith Ellison shouldn't be in Congress because he's Muslim.

The Republican had written a December 2006 editorial suggesting Ellison should be prohibited from "taking the congressional oath" because of his religious beliefs.

Moore sidestepped reporters' questions by saying it was a "very complicated question" and that he would "address it."

When pressed further on why he wouldn't address the issue today in Washington, but would in Alabama, Moore replied as he entered a Capitol elevator, "Reporters don't understand religious liberty, where it comes from. It comes from God, not from the Constitution."

President Trump has echoed that sentiment during an executive order signing on religious liberty at the White House.

"No American should be forced to choose between the dictates of the government and their faith," Mr. Trump said at the ceremony. He added, "Freedom is not a gift from government. Freedom is a gift from God."

While Moore maintains the freedom comes from a higher power, according to the ACLU, as enshrined in the First Amendment of the U.S. Constitution, religious freedom includes two complementary protections: the right to religious belief and expression and a guarantee that the government neither prefers religion over non-religion nor favors any faiths over others.

Earlier, Senate Republicans had welcomed Moore to their weekly luncheon, even though he wasn't their first choice for the Alabama Senate seat.

Majority Leader Mitch McConnell and other top Republicans backed Sen. Luther Strange, who was appointed to fill the vacancy until the special election after Jeff Sessions was named attorney general. Moore, with the support of former White House adviser Steve Bannon, knocked out Strange in a runoff in September. During the campaign, the former jurist cast himself as a fierce foe of McConnell and the GOP establishment.

Moore told reporters on Tuesday that he spoke to McConnell and it "went well."

CBS News' Alan He and John Nolen contributed to this report.