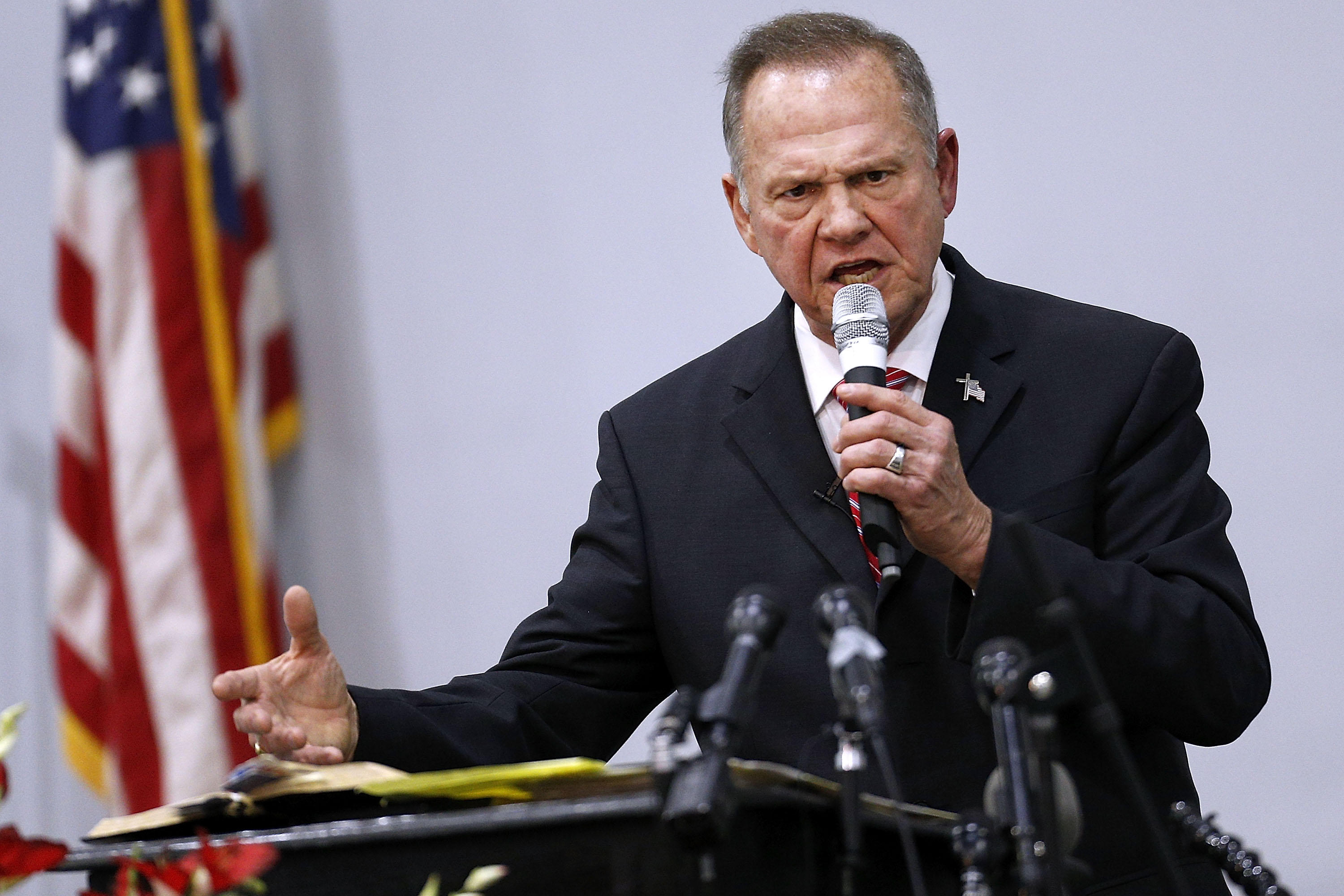 John Rogers, the communications director for Roy Moore's Senate campaign in Alabama, is out, the campaign said in a statement Wednesday.

The resignation comes as the campaign fights to deny accusations from multiple women that the Republican Moore pursued or even sexually touched them when they were in their teens and he was in his 30s. The Washingtonian first reported Rogers' resignation. The campaign's chairman indicated in a formal statement that the decision belonged to Rogers.

"John Rogers served as communications director for the Roy Moore for U.S. Senate campaign for the last several weeks and we appreciate his valuable contributions to our team," Moore campaign chairman Bill Armistead said in a statement. "As we all know, campaigns make changes throughout the duration of the campaign, as do those working in the campaign. John made the decision to leave the campaign last Friday -- any representations to the contrary are false -- and we wish him well."

But another Moore campaign aide made a different statement to Fox News.

"Unfortunately John just did not have the experience to deal with the press the last couple of weeks, and we've had to make a change," campaign adviser Brett Doster tells Fox.

Rogers did not respond to a request for comment.

Rogers' departure comes as the campaign ramps up its defense of Moore, attacking the credibility of his accusers in press conferences and questioning the timing of the allegations, weeks before the Dec. 12 special election against Democrat Doug Jones. Moore has decried the accusations as fake news, although he has made conflicting statements as to whether he ever would have dated teenage girls when he was in his 30s.

"If the liberal media were half as interested in investigating these accusations against Judge Moore as they are in scaring up 1980s-era false gossip at the Gadsden Mall, then we would be getting to the bottom of this and moving on," Ben DuPre, Moore's former chief of staff on the Alabama Supreme Court, said during a statement in Montgomery, Alabama, on Tuesday.

President Trump recently weighed in on the accusations against Moore, telling reporters Tuesday that Moore's side of the story needs to be taken into account.

"He denies it, look he denies it," Mr. Trump told reporters before leaving for his Mar-a-Lago club in Florida. "If you look at what is really going on, if you look at all the things that have happened over the last 48 hours, he totally denies it. He says it didn't happen. And you know, you have to listen to him also."

Meanwhile, a number of Republicans have called for Moore to step aside, and Rep. Cory Gardner, R-Colorado, has said the Senate should expel Moore if he is voted into office.