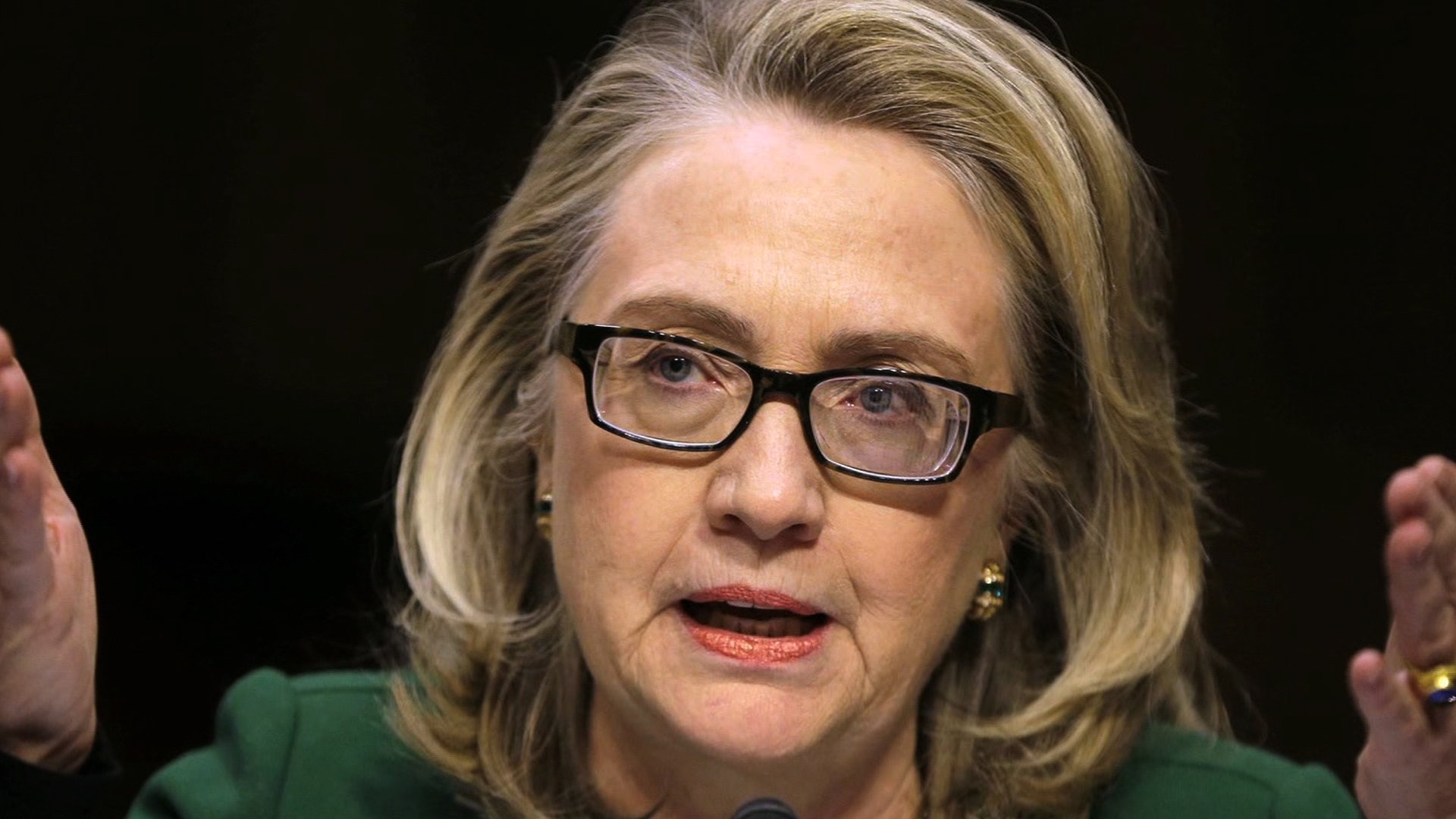 And they're off: With no defined field of candidates and the last election just six months in the rearview mirror, American Crossroads on Sunday aired the first attack ad of the 2016 presidential campaign, panning Hillary Clinton for her role in the "cover-up" of an attack last Sept. 11 on a U.S. consulate in Benghazi, Libya.

The 90-second paid spot - manufactured by the Karl Rove-founded "super PAC" - was posted Friday online and ran Sunday morning on CBS during a broadcast of "Face the Nation." Previewing the ongoing saga that's likely to haunt Clinton's White House ambitions for the next three years, the ad implicates the former secretary of state - Democrats' top-billed contender to succeed President Obama - in the wildly varying accounts of how administration officials reacted last fall in the wake of the strike.

"Was it because of a protest, or guys out for a walk who decided they'd kill some Americans - what difference, at this point, does it make?" Clinton is shown saying Jan. 23 before a Senate committee. A narrator counters: "The difference is a cover-up, and four American lives that deserve the truth."

The ad makes use of testimony last week from Gregory Hicks - the No. 2 official in Libya at the time of the attack that killed Amb. Chris Stevens and three other Americans - before the House Oversight Committee. Hicks claimed that "everybody in the mission" thought it was a terrorist act "from the get-go," despite talking points within the administration that peddled the theory that the attack began "spontaneously" out of protests against an anti-Muslim video.

Mark I. Thompson, the deputy coordinator for operations in the State Department's counterterrorism bureau, testified that Clinton attempted to cut the bureau out of communications about the attack in its immediate aftermath - a potentially damning accusation, both to Clinton's pristine record as secretary and the chance she'll decide to mount a 2016 bid. Ahead of the hearing last week, Committee Chairman Darrell Issa, R-Calif., said there's "no question" someone from within Clinton's circle was involved in the "cover-up."

"If Hillary Clinton is not responsible for the before, during and after mistakes," he told CBS News, "it's somebody close. There certainly are plenty of people close to the former secretary who knew, and apparently were part of the problem."

Buzz on the Sunday show circuit over the weekend fell strictly across party lines.

Sen. Kelly Ayotte, R-N.H., on "Face the Nation" said "serious questions" have been raised "about individuals within her chain of command with respect to the talking points and what happened afterward." Appearing on ABC's "This Week," Sen. John McCain, R-Ariz., who with Clinton ran for president in 2008, said that though "we don't know for sure" whether the former secretary was involved in authoring the bungled talking points, "she had to have been in the loop in some way."

Democrats, though, cried politics, charging Republicans with drawing out the Benghazi drama with Clinton's potential White House campaign in mind.

"When Hillary Clinton's name is mentioned 32 times in a hearing" on Benghazi, Sen. Dianne Feinstein, D-Calif., argued on NBC's "Meet the Press," critics may only be trying to "discredit the secretary of state who has very high popularity and may well be a candidate for president."

Sen. Dick Durbin, D-Ill., the second-ranking Democrat in the Senate, said on "Face the Nation" that while Benghazi "was a tragedy," it "has been caught up in the 2016 presidential campaign - this effort to go after Hillary Clinton. ...She didn't have any direct-line responsibility for the decisions that were made, but they want to bring her in because they think it's a good political show."

American Crossroads spokesman Jonathan Collegio told CBSNews.com it's "unclear at this point" whether the group will seek to again air the attack ad, or another, in the near future.