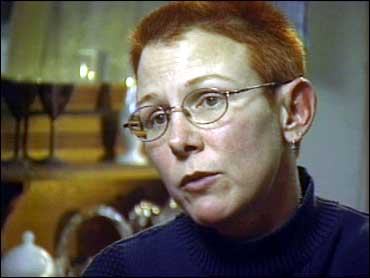 It's been a while since Lori Palmer retired from the police department in Wichita, Kan. But she's still has no problem taking care of business.

In the fall of 2000, the retired cop learned that Scott Phillips, a man she considered a close friend, had molested her 12-year-old daughter.

"He was -- I believed (him) to be -- a pedophile," Palmer tells 48 Hours correspondent Richard Schlesinger. "And he was active. He had two daughters of his own, and I really believed him to be a danger."


Mercy... Or Murder? When Michael Ryan was born 15 weeks premature and possibly suffering multiple birth defects, his parents, Dr. Greg and Traci Messenger, asked doctors not to use extraordinary efforts to save him. But the hospital put the child on life support, later arguing the boy had a good chance to survive and live a normal life. Dr. Messenger and his wife felt differently: they removed their child from the respirator and their son died in his parents' arms. Dr. Messenger was charged with manslaughter. Should he have been charged with manslaughter for removing his son from life support? VOTE!
Armed with nothing but her rage -- and authorized by no one but herself -- Palmer went to Phillips' workplace and, before he knew anything was wrong, convinced him to go for a drive.

By all accounts, it was a wild ride, a high-speed interrogation at 80 miles an hour, ending in a remote field 20 minutes out of town where Palmer, the ex-cop, started issuing orders.

A cold and naked Phillips confessed to fondling Lori's daughter and she was finally satisfied. "I knew that, with a confession, he would probably get taken off the street," she says.

She was right. Phillips was arrested and charged with rape after he repeated his confession to the real police.

But Palmer was also arrested, charged with, among other charges, kidnapping with intent to commit first-degree murder.

"It's very confusing when they bring you a piece of paper that's got your name and the words 'first-degree murder' in the same sentence," Palmer says. "It's -- it's beyond belief."

District attorney Nola Foulston calls Palmer's action "a vigilante rage-filled, anger-filled pursuit of an individual," but she knows not everyone will see Palmer as a criminal.

"Looking at this as any citizen would, somebody would say, 'Well, you know, you go, girl,'" Foulston says. "You know? 'You take that child molester out to the country, you strip him down naked and get -- get a -- get a confession from him. That's great.' That's not the law."

Palmer says she was doing what many parents would do. "My poor baby. She's --she was really hurt, you know, by all this," Palmer says. "She's just a little girl."

Palmer had been best friends with Scott Phillips' wife, Kaylene, since childhood and had been maid of honor at their wedding years ago. Palmer's daughter, Eden, frequently slept at the Phillips house when Palmer worked nights.

So when Kaylene told her Phillips was having sexually explicit conversations with a young girl on the Internet, Palmer became concerned.

"It struck me that he might have done something to my daughter," she says, "and I needed to talk to her about it."

In a conversation every mother dreads, Eden told Palmer what had happened repeatedly, four years earlier when she was just 8.

Kaylene says Palmer called her on the cell phone and asked to come to the house to talk. "She said, 'Well, I wasn't gonna tell you. I was just gonna go kill him, and then you could have the insurance money, and I would feel better, and we'd be done with it,'" Kaylene recalls.

Instead, Palmer went to the police.

"This officer told me, basically, to make a report and wait for them to do something," Palmer says, explaining, "I wanted them to go out and pick him up and question him."

Wichita police captain Robert Lee says it wasn't reasonable for Palmer to expect "to walk into a police station and report a crime that occurred four years ago, and to have resolution on that within 45 minutes."

Instead he says, "She should have cooperated with investigators and waited for them to act." But Palmer was in no mood to wait. She left the police station and within the hour picked up Phillips on her own.

"You know," she says. "I just found out that my daughter had been hurt. The people that I counted on to help me were not going to help me, and there was gonna be more kids hurt, if something didn't happen and happen soon."

Before his trial, Phillips got out of jail on $50,000 bail. But Palmer stayed behind bars because her bail was set at five times that of Phillips - a quarter of a million dollars.

"I think that she presented a grave risk of harm to that individual," says the district attorney. "And under that circumstance, she had no legitimate basis to do what she did."

Palmer's bail was eventually reduced, and she was placed under house arrest until her trial. If found guilty, she would be spending the next five years in prison.

Palmer's best defense against the most serious charge she faced (kidnapping with intent to murder) was that she hadn't hurt Phillips. "If I wanted to kill him, we wouldn't be talking now," she says. "You might be talking to me from prison. I would have done it."

Phillips pleaded guilty to a reduced charge of felony fondling and is now serving a four-year sentence. After 3 months of house arrest, Palmer's kidnapping charges were dropped and she pleaded guilty to lesser charges, including making a criminal threat. For that, she got 12 months probation.

"I still, to this day, would do anything to protect my family," she says. "It's all you got is your family."

What Happened to the Perfect Child?