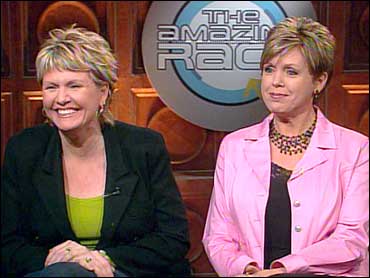 An aggressive NBC interview of Pete Rose moments after his triumphant return at the World Series outraged viewers across the country and even offended players who watched it from the top step of the dugout.

Rose had just received the longest ovation of any member of the sport's All-Century team announced prior to Game 2 at Turner Field when Gray started a live interview in front of the New York Yankees dugout.

Gray asked Rose, banned in 1989 for gambling, why he hasn't admitted that he bet on baseball.

Â"I'm not going to admit to something that didn't happen,Â" said Rose, baseball's career hits leader. Â"I know you're getting tired of hearing me say that. It's too festive a night to worry about it.Â"

Gray, refusing to change the subject, said the commissioner's office had strong evidence.

Responded Gray: Â"But you agreed to a ban from baseball for life.Â"

Â"It also says I can apply for reinstatement in one year. I was looking forward to that day,Â" Rose answered.

Rose applied to commissioner Bud Selig two years ago and has not gotten a formal response.

Â"It's only been two years. He's got a lot of things on his mind,Â" Rose said.

Selig has indicated he does not intend to reinstate Rose.

Gray then suggested Rose should perhaps take a different approach by admitting guilt. Rose said, Â"You say it hasn't worked, what do you mean?Â"

Rose seemed surprised by Gray's approach, likening it to a Â"prosecutor's brief.Â"

Â"You know, I'm surprised you're bombarding me with this,Â" he said. Â"I'm here to do an interview with you on a great night, a great occasion. You're bringing up something that happened 10 years ago.Â"

Gray is known for asking tough questions. He won a Sports Emmy in 1998 for sideline reporting after his relentless interview of Mike Tyson following the Â"Bite FightÂ" with Evander Holyfield.

The reaction was swift.

The local NBC affiliate in New York said operators fielded over 600 complaints about the interview.

In Cincinnati, affiliate WLWT got calls nonstop for two hours after the interview. After the game, it rebroadcast the interview and got more calls. The station said some callers held for as long as 30 minutes to express their opinion.

In Atlanta, WXIA also showed the interview on its newscast and then posted the telephone number of NBC Sports headquarters in New York, advising viewers to call if they had a complaint.

Leyritz said. Â"Pete's done his time. To come off the field and have that question asked is barbaric. It's disgraceful. This whole ballclub was angry. If we weren't professionals, we could say, `Jim, we don't want to talk to you.Â"'

On a sports wrapup show on a New York station after the game, Mets pitcher John Franco said Gray overdid it in the interview and said that 10 years was long enough for Rose to be punished. Later in the show, Yankees catcher Joe Girardi agreed that Rose belongs in the Hall of Fame.

Gray brushed off a reporter who tried to ask him about the interview after the game and left the ballpark without comment. Attempts by The Associated Press to reach Gray through NBC Sports were unsuccessful.

Asked by The Atlanta Journal-Constitution if the interview with Rose felt confrontational, Gray replied, Â"Yes.Â"

Â"But all of these questions are questions Rose has heard for 10 years,Â" Gray told the newspaper. Â"It was an opportunity for Rose to make his case. It's a shame that's the direction it went.Â"

Â"Jim's intent was to try to give Pete Rose an opportunity in a celebratory atmosphere on a major league baseball field for the first time in 10 years, to comment on the issues that have kept him out of baseball,Â" NBC spokesman Ed Markey said.

Â"That was the entire intention. These weren't new questions. They weren't a surprise. But Jim felt that in this atmosphere, and the ovation and emotion, that there was an opportunity there for Pete to shed some new light on all this.Â"