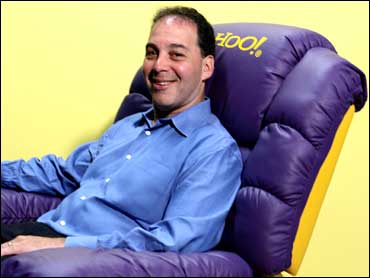 The appointment, which was announced by Chegg.com co-founder Osman Rashid on Tuesday, becomes effective immediately. Rosensweig finds himself in a crowded business segment with Chegg.com squaring off against its chief rival, BookRenter, as well as mega-sized competitors like Barnes & Noble.

But helped by penny-pinching concerns born of a bracing recession, students increasingly view textbook rental as an attractive alternative to purchasing their books outright. The service operates on a time clock. Students pay for book rentals by the semester or calendar quarter. Rates vary but the rental payment is a sharp discount to what the books would cost students buying at retail.

Rosensweig most recently was president and CEO of Activision Publishing's Guitar Hero franchise. But in a career that closely parallels the rise of the commercial Internet, Rosensweig also held senior positions at several Internet and publishing companies, including Ziff-Davis, ZDNet, CNET Networks, Yahoo, Quadrangle Group as well as his most recent stint at Activision.

In an interview, Rosensweig said he was attracted by the business opportunity. At the same time, he said the job would keep him close to his home in Silcon Valley. Activision is based in Santa Monica, Ca.

"I'd been familiar (with the company) since my time at Quadrangle and I loved their business model then," he said. "We have an established infrastructure with a huge amount of funding. The focus now will be on really continuing to build a great brand as well as expand our franchise with students on campuses."

Chegg.com could use a seasoned hand at a rapidly-growing company that's evolving past its entrepreneurial phase. The company, which launched in 2007, grew 600% year-over-year, according to a spokeswoman, who declined to get more specific about sales numbers. "We rented more books in January than all of last year, she said. Chegg.com company claims to have rented over 2 million books to students at more than 6,400 colleges and universities.

It is not yet profitable.

James Safka, who was the previous CEO, stepped down in October due to what the company said were personal reasons.

At Yahoo, Rosensweig served as Chief Operating Officer from 2002-2006. He came to Yahoo after serving as the president and CEO of ZDNet, which subsequently got acquired by CNET in 2000. All told, he spent 18 years working in a variety of publishing jobs at Ziff-Davis.

Chegg.com recently found itself in a dispute with rival BookRenter.com over which company could claim the leadership in textbook rentals. Chegg.com has demanded that BookRenter.com cease using the phrase "#1 In Textbook Rentals" in its advertisements. Chegg.com's lawyers assert that the tagline has been its marketing slogan, and was registered as a trademark a couple of years ago.