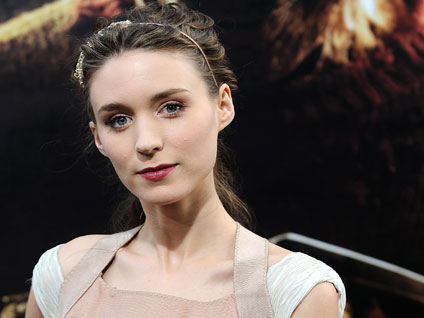 NEW YORK (CBS/AP) Actress Rooney Mara has been cast as Lisbeth Salander in David Fincher's adaptation of "The Girl with the Dragon Tattoo."

Sony Pictures announced Monday that Mara will play Salander, a fearless genius tormented by a terrible childhood, in the crime thriller based on the first book in Stieg Larsson's best-selling series.

The role of the leather-clad hacker was at the center of a much-talked-about casting search that included high-profile contenders like Ellen Page, Kristen Stewart, Carey Mulligan and Natalie Portman.

Mara, 25, was most recently seen in the remake of "A Nightmare on Elm Street" and will appear in the upcoming film "The Social Network," which was also directed by Fincher.

Daniel Craig will star alongside Mara as journalist Mikael Blomqvist, who teams up with Salander to investigate the decades-old disappearance of the niece of a Swedish industrialist.

"The Girl with the Dragon Tattoo" begins shooting in Sweden this fall, according to the release. It is scheduled to hit theaters on Dec. 21, 2011.