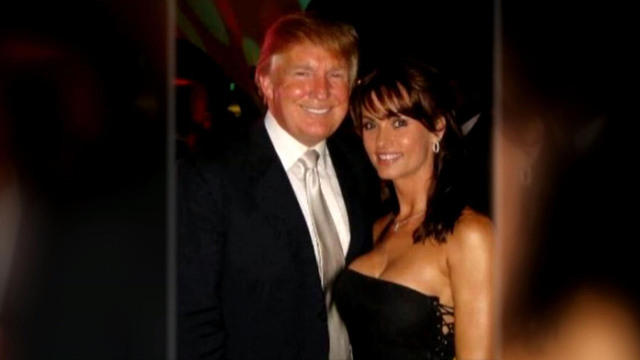 The White House is denying a new report that President Trump had an extramarital affair before he launched his political career. A story in the New Yorker says former Playboy model Karen McDougal had the affair with Donald Trump for about nine months.

McDougal says it started when she met Mr. Trump in 2006 at the Playboy mansion following a taping of his reality show "The Apprentice," putting the alleged affair less than two years into Mr. Trump's marriage to wife Melania. The article is also raising questions about whether another publication tried to bury McDougal's story, reports CBS News' Jacqueline Alemany.

"Karen McDougal, in this written document, stresses that her relationship with Donald Trump was entirely consensual, but her story reveals commonalities with story after story that has now emerged about Donald Trump's either consensual relationships with women or alleged non-consensual advances," said Ronan Farrow, the reporter who broke the story for the New Yorker.

McDougal sold the rights to her story to the publisher of the National Enquirer, barring her from discussing the details of her alleged relationship with Mr. Trump. The story never ran.

The former Playboy model told Farrow that the #MeToo movement emboldened her to come forward with her story, despite fears of legal retaliation.

"She acknowledges that this is a different kind of case but it has the commonality of powerful men using elaborate systems to silence women and stories those women might tell about them. She said he didn't want to be silent anymore and that she hoped her speaking about this system that ensnared her might encourage other women to step forward," Farrow said.

The New Yorker report came days after Trump lawyer Michael Cohen said he paid off Stormy Daniels, an adult film star who also once claimed to have an affair with Mr. Trump in 2006. The payment has raised questions with the Federal Election Commission as it could be in violation of campaign finance laws.