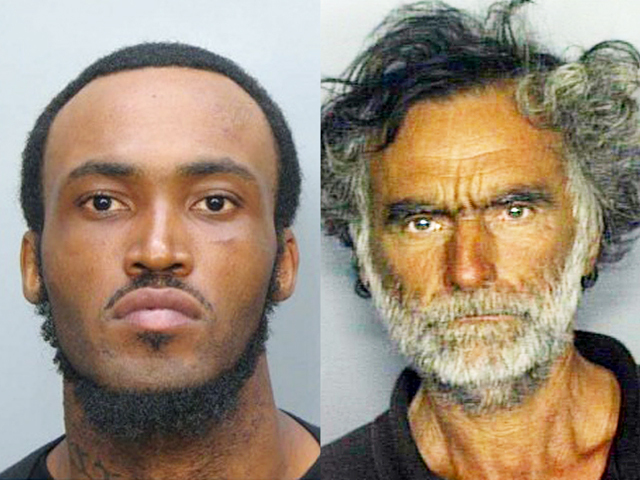 (CBS/WFOR) MIAMI - Ronald Poppo, the 65-year-old homeless man whose face was mostly chewed off by Rudy Eugene along a busy Miami highway ramp, had been on the streets for over 30 years. But his sister remembers a different time.

"I remember a very intelligent boy," Antoinette Poppo told CBS Miami. "He went to a private school, and I really don't understand what happened."

A yearbook photo acquired by the Miami New Times showed Ronald Poppo was a decorated student at Stuyvesant High, one of New York City's most prestigious high schools.

According to the Miami Herald, the school's yearbook reveals that Poppo belonged to the Latin Club and earned a Bronze Scholarship Certificate.

A classmate, Dan Ruvin, told The Miami Herald that Poppo went on to City College of New York's uptown campus. The two reportedly lost touch after Ruvin joined the military.

Decades later, Poppo is in critical condition at Jackson Memorial Hospital Wednesday with his nose, mouth, and eyes torn off of his face.

Poppo's family told CBS Miami that they hadn't heard from Ronald in 30 years.

"Well, I tried to reach him but I just thought he killed himself," Antoinette said. "And we really thought he was no longer on this earth."

Poppo's sister told CBS Miami that she had just recently learned of the attack.

It's not clear why Poppo was attacked Saturday afternoon by 31-year-old Eugene. Police have released few details, but surveillance video from a nearby building shows Eugene pulling Poppo from the shade, stripping and pummeling him before appearing to hunch over and then lie on top of him.

A witness described Eugene ripping at Poppo's face with his mouth and growling at a Miami police officer who ordered him to get off the homeless man. The officer then shot and killed Eugene.