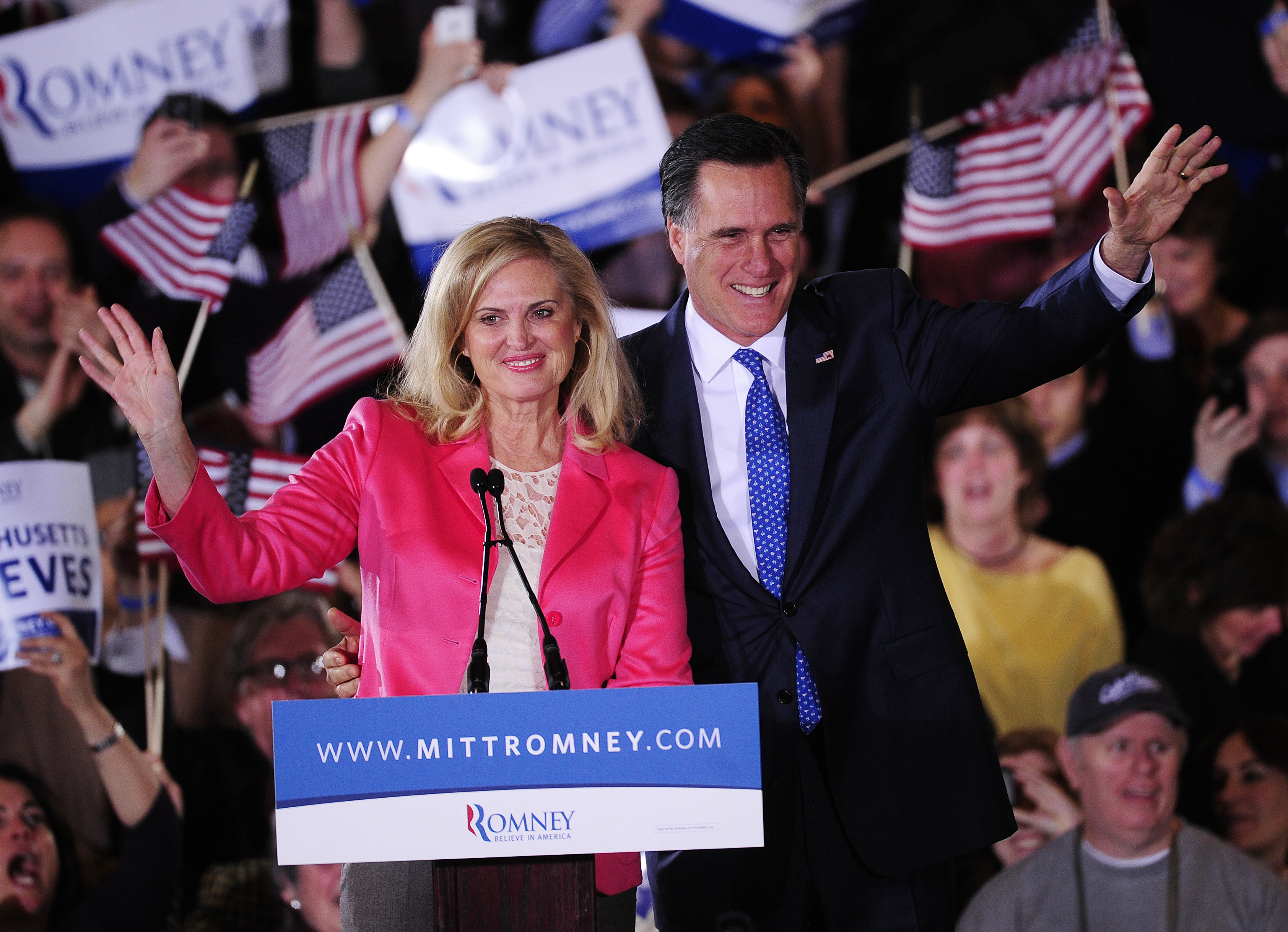 With more than 99 percent of precincts reporting in Ohio, Romney has 38 percent support to Santorum's 37 percent. Newt Gingrich is in third place with 15 percent and Ron Paul follows with 9 percent.

Ron Paul did not win any contests on Tuesday, but he did finish second in four states: Vermont, Idaho, North Dakota and Virginia.

CBS News estimates show Romney now has a total of 361 delegates, Santorum has 112, Gingrich has 80 and Paul has 24.

In remarks to reporters following the Ohio call for Romney, his campaign spokesman Ryan Williams said the campaign was "pleased" to have "gained the trust of Ohio voters."

"Nearly a week ago Governor Romney was behind in some polls by double digits. But Ohio voters responded to his pro-jobs and pro-growth message, and rallied behind him [in] the days before the primary and helped push him to victory tonight," Williams said.

Speaking out of Boston before his victory was projected in the Buckeye State, Romney was hopeful that his campaign was "going to get more" wins under its belt by the end of the night, and that by his count, the delegate situation "looks good."

"Tonight, we're -- we're doing some counting. We're counting up the delegates for the convention, and it looks good. And we're counting down the days until November, and that looks even better," Romney told an enthusiastic crowd.

With almost all precincts reporting in Massachusetts, Romney, who served as the state's governor between 2003 and 2007, was ahead overwhelmingly, with 72 percent support.

In his remarks, Romney went on to accuse President Obama of being "unresponsive" to the wishes of the American people, and blasted him for allegedly operating "by command instead of by consensus."

"President Obama seems to believe he's unchecked by the Constitution," Romney said. "He's unresponsive to the will of our people. He operates by command instead of by consensus. In a second term, he'd be unrestrained by the demands of re-election. And if there's one thing we cannot afford is four years of Barack Obama with no one to answer to."

A win in Ohio would have been considered a huge boon for either Romney or Santorum on Super Tuesday. For Romney, the victory could signal a return to the so-called inevitability of his candidacy; for Santorum, it would have proven his ability to win in a crucial swing state with a large, diverse population.

Polls showed the two candidates neck-and-neck in the past several weeks, although the most recent surveys trended toward Romney.

Speaking to supporters in Ohio, Santorum called Tuesday a "big night" for his campaign -- but emphasized that he was "up against enormous odds."

"This was a big night tonight, lots of states. We're going to win a few, we're going to lose a few, but as it looks right now, we're going to get at least a couple of gold medals and a whole passel full of silver medals," he said. "We went up against enormous odds, not just here in the state of Ohio, where -- who knows how much we were outspent -- but in every state. There wasn't a single state in the list that I just gave you where I spent more money than the people I was able to defeat to win that state. In every case, we overcame the odds."

According to exit polls, the economy was the top issue for voters in the primary states, while the ability to defeat President Obama is the candidate quality that matters most to voters.

In both Tennessee and Oklahoma, Santorum did well among the approximately 75 percent of primary voters who identified themselves as evangelical Christians, according to exit polls. He did particularly well among those voters who said it mattered "a great deal" to them that the candidate share their religious beliefs.

In Georgia, which Gingrich represented in Congress for 20 years, the former House speaker was ahead with 47 percent support with nearly all precincts reporting. Romney came in second with 26 percent. Santorum followed with 20 percent.

Exit polls out of Georgia showed Gingrich winning among men, women, and white evangelical voters. He also led among very conservative voters and those who said the economy was their top issue.

Gingrich's victory in Georgia could give the candidate a much-needed boost in momentum after a string of losses in recent nominating contests.

In remarks in Atlanta after the Georgia polls closed Tuesday night, Gingrich made clear that he plans to stay in the race, despite his recent struggles.

He continued: "You just can't quite get across to them: It's all right. There are lots of bunny rabbits that run through. I am the tortoise. I just take one step at a time."

In Virginia, Romney earned 60 percent to Ron Paul's 40 percent. But both Gingrich and Rick Santorum -- who could have posed a threat for Romney in Virginia -- failed to get on the ballot, leaving voters just two options.

Romney also won by a significant margin in Vermont, where he was up 40 percent to Paul's 25 percent with most precincts reporting. Romney likely enjoyed an advantage in the state due to its proximity to Massachusetts.

With all precincts reporting in North Dakota, Santorum led with 40 percent to Paul's 28 percent. Romney followed with 24 percent.

In Idaho, with all precincts reporting, Romney won with 62 percent, and Rick Santorum came in second with 18 percent. Paul came in third, also with 18 percent, but just 29 votes behind Santorum.

In the Alaska caucus, with nearly all precincts reporting, Romney holds a 33 percent to 29 percent lead over Santorum, with Paul in third at 24 percent.

All 10 states are awarding their delegates proportionately - allocating them based on the outcome in congressional districts, a candidate's percentage of the statewide vote, or a combination of the two.

This weekend, there are caucusesin Kansas and the Virgin Islands, and the Wyoming caucuses will end. On Tuesday, Alabama and Mississippi will hold primaries, and Hawaii and American Samoa will hold caucuses.