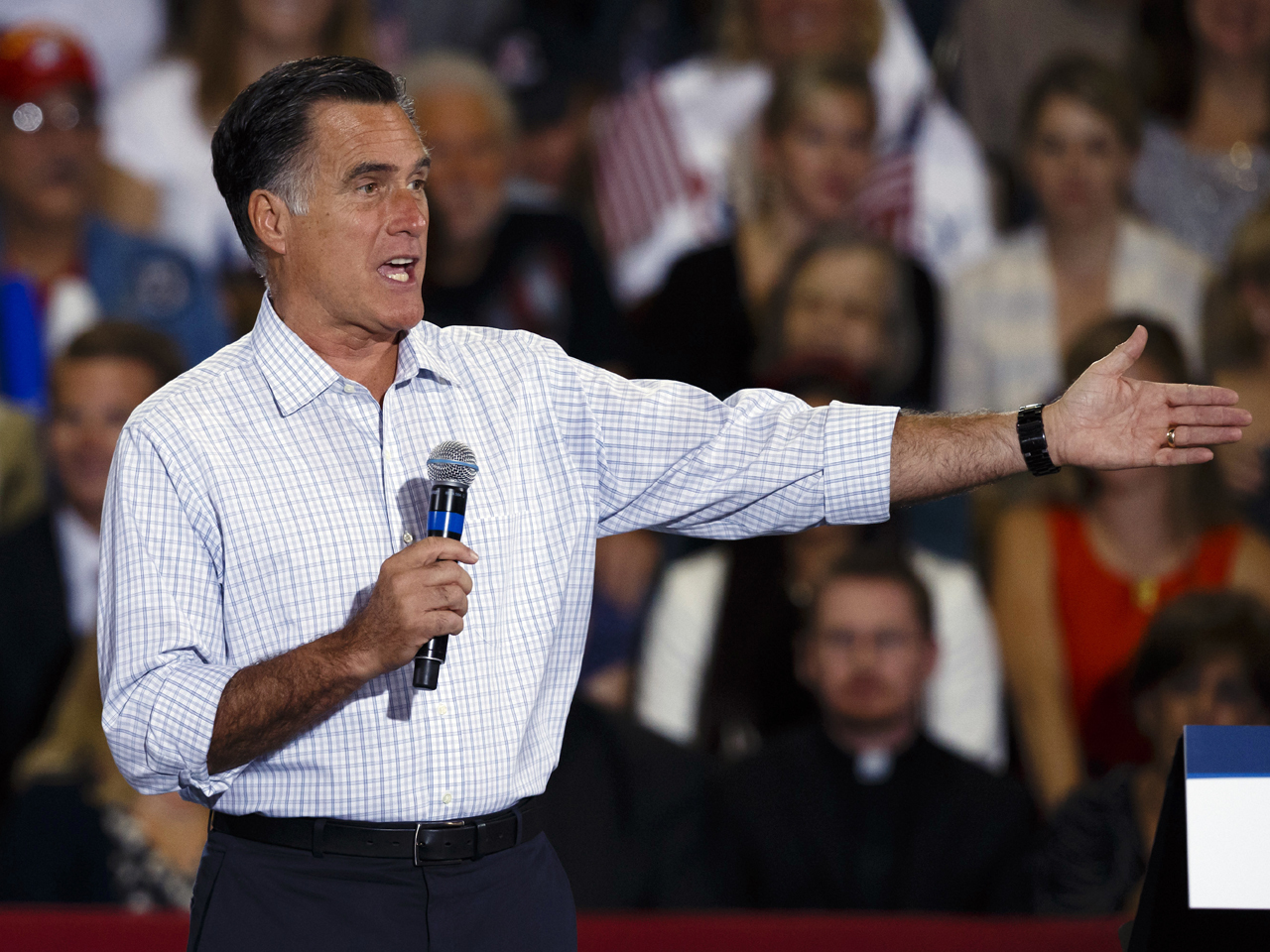 (CBS News) The race for the White House shifts to Virginia Thursday, with both President Barack Obama and Mitt Romney scheduling appearances there.

Recent polls show the president with a slight edge in Virginia, but in two other battleground states, Ohio and Florida, the latest CBS News poll shows Romney falling behind. Some Republicans are calling for their candidate to pick up the pace.

Conservatives are getting anxious, but in an interview Romney he said he's going to stay the course. He had harsh words for the president's campaign tactics, but said he's not going to play that game.

Romney said, "This is a campaign not about character assassination, even though that's what I think has come from the Obama camp by and large."

Asked if the Obama campaign has engaged in character assassination, Romney replied, "Oh yeah, sure, they try and completely misrepresent my point of view, as well as the reason I'm in this race, but I think fundamentally the American people are interested in who can make their life better?"

Romney's supporters are imploring him to be more aggressive. One supporter at a campaign stop screamed at the candidate, "They are ruthless, get tough!"

Asked about those calls for him to be more aggressive, Romney said, "I'm going to be who I am and describe why I think I'm the person that's going to become the next president of the United States, and how my policies will make life better for American families."

But Romney has had trouble getting that message across. The Obama campaign is far outspending him in advertising in swing states. And the media - conservatives say - is biased against him. But in our interview, Romney declined to take what would be an easy shot for any Republican politician.

When asked, "Do you think the news media, the mainstream media, is in the tank for President Obama?" Romney said, "Well, I think we have a system of free press, people are able to provide their own perspective based on their own beliefs, I think there's some people who are more in my camp, there's a lot of people who are more in his camp, and I don't worry about that."

Campaigning in Ohio Wednesday, President Obama had no trouble being critical of his opponent, even converting a verbal misstep into an attack on Romney. He said, "I want to see us export more jobs - export more products. Excuse me. I was channeling my opponent there for a second."

Thursday the president is out with a new ad, perhaps trying to one-up his opponent in which he speaks directly to voters in much the same vein as a recent Romney ad.