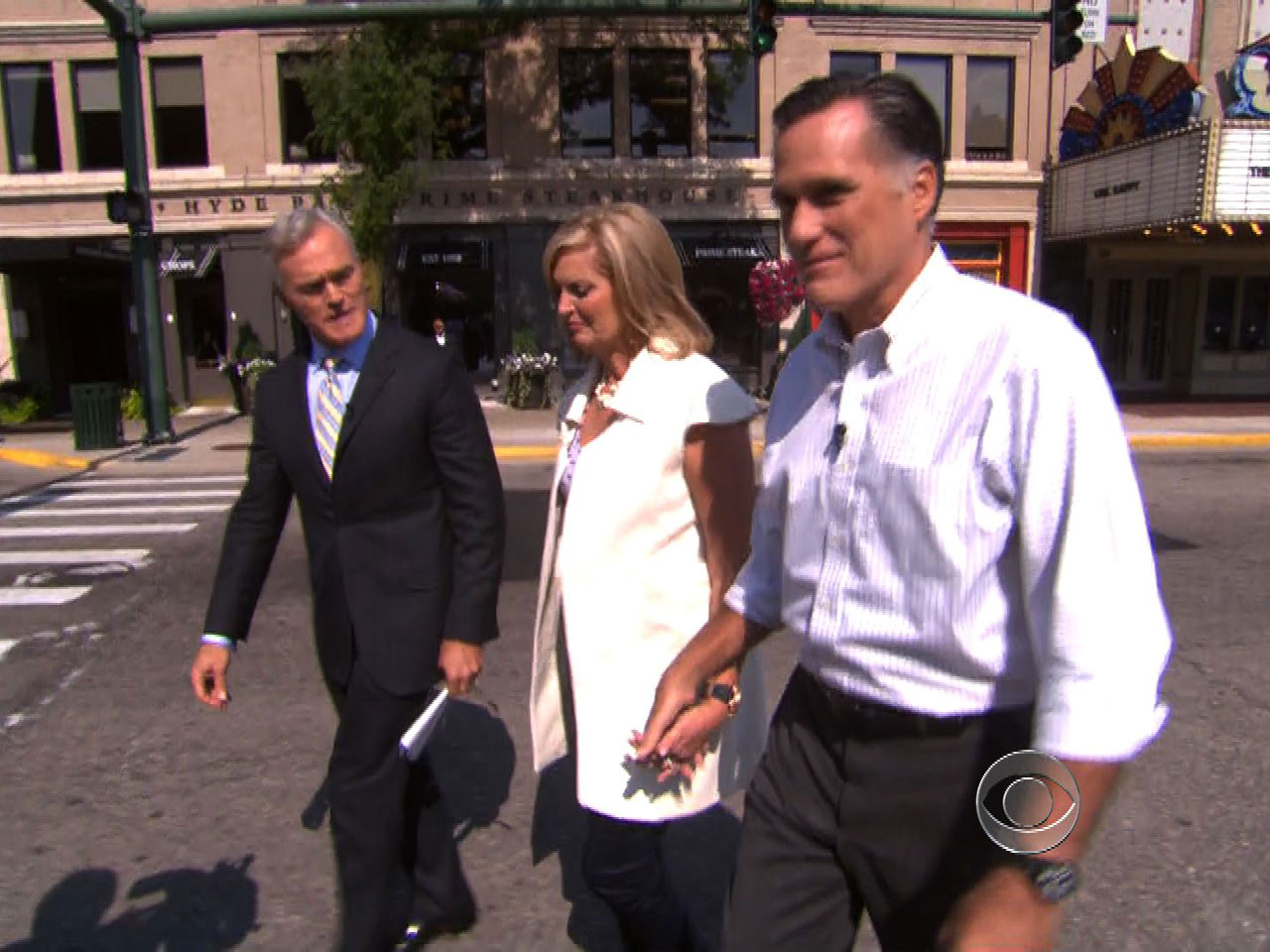 (CBS News) There's not much optimism in Syria, where there is growing concern that the dictatorship's stockpiles of chemical weapons could get loose in the chaos of the civil war there. CBS News asked presumptive Republican presidential nominee Mitt Romney what he would do as commander-in-chief in Syria and Iran.

CBS News interviewed Romney in Birmingham, Mich. on Friday while he was visiting the state with his wife Ann.

Scott Pelley: Is it worth going to war to stop an Iranian nuclear weapon?

Mitt Romney: We certainly have to maintain all options that we have. But Iran becoming nuclear and potentially providing fissile material to Hezbollah or other of the groups that are associated with that nation, the potential of those groups bring that fissile material to our continent even to the United States, that's unacceptable. No question in my view that we can put all matter of pressure upon the regime that's there, but they have to also know that a military option is one which we would be willing to consider if they do not take action to dissuade a course towards nuclearization.

Scott Pelley: A Romney administration would not allow a nuclear weapon?

Mitt Romney: It's unacceptable for this nation to have Iran to become nuclear, have a nuclear weapon.

Mitt Romney: I think we have to also be ready to take whatever action is necessary to assure that we do not have any kind of weapons of mass destruction falling into the hands terrorists. And whether that requires troops or whether that requires other action by our friends and allies there -- Turkey is very involved, Saudi Arabia is -- but of course, we have to retain the option to protect ourselves and our friends from weapons of mass destruction.

Scott Pelley: What sort of threat do the Syrian chemical weapons pose?

Mitt Romney: Well, there's a wide array of potential threats, but clearly the concern would be that some terrorist group -- whether Hamas, Hezbollah, al Qaeda or others -- would receive the capacity to carry out a mass destruction, mass death event, and therefore, America has to be ready whether it's there or anywhere else in the world.

The presumptive Republican presidential nominee also touched on some controversial comments he jokingly made about the president's citizenship status, commenting that no one has to see his birth certificate. Romney explained to CBS News thathe made the joke because both he and his wife were born in Detroit and "a little humor always goes a long way." He emphasized that it was not a jab at President Obama, and he believes that Obama was born in the United States.

To hear more of Romney's comments on the issue, watch the video below:

CBS News will have more of the interview with Mitt and Ann Romney interview next week as "CBS Evening News" broadcasts live from the Republican National Convention in Tampa, Fla.