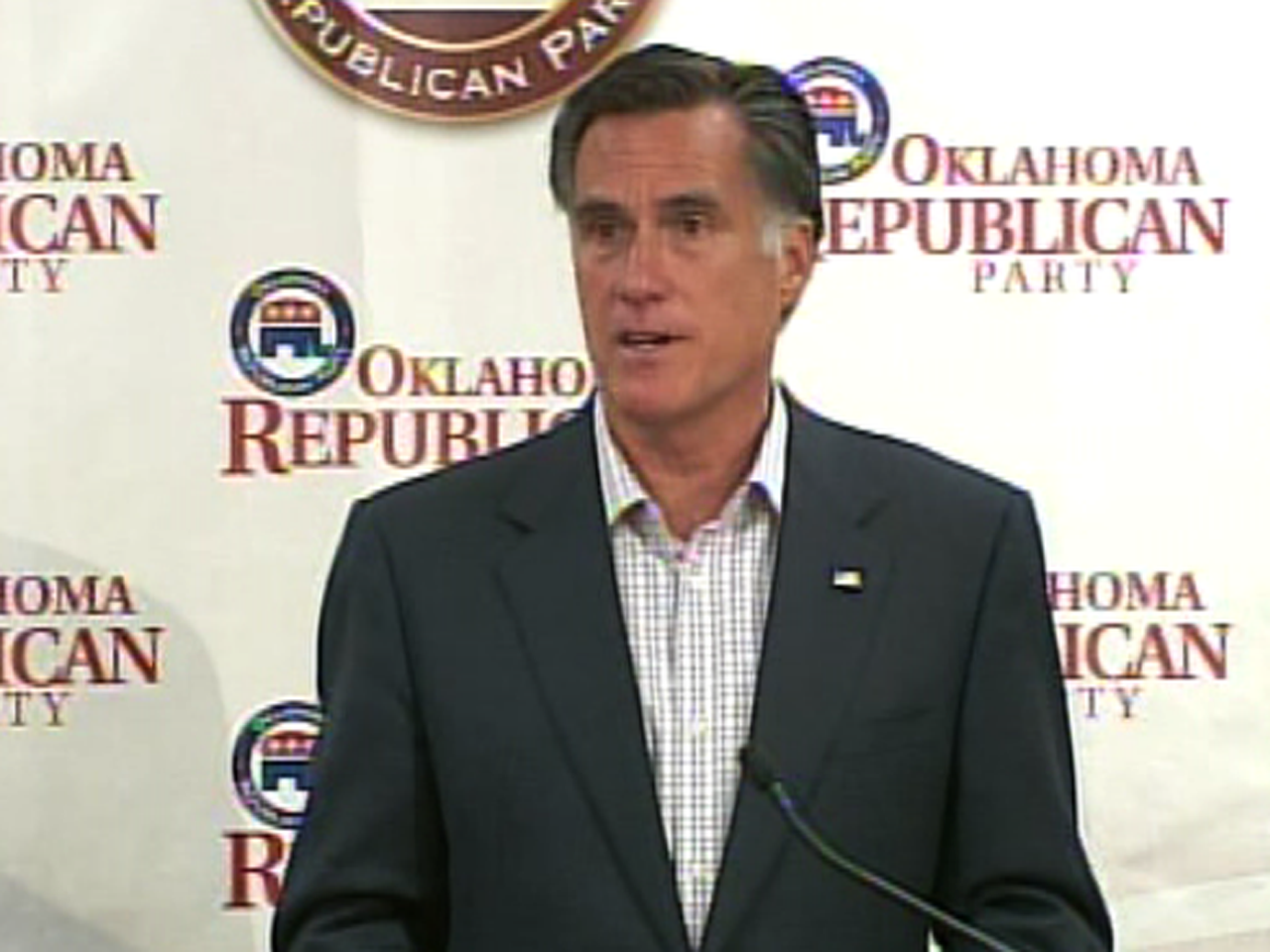 (CBS News) OKLAHOMA CITY, Okla. - Presumptive Republican nominee Mitt Romney Wednesday afternoon affirmed his belief that marriage is a union between a man and a woman and declined to comment on President Obama's announcement earlier in the day that he now supports same-sex marriage.

"I have the same view on marriage that I had when I was governor and that I expressed many times. I believe marriage is a relationship between a man and a woman," Romney told reporters and a crowd of about 30 supporters at an appearance with Republican Gov. Mary Fallin. He said much the same thing in interviews with Denver, Colo., television stations earlier in the day.

Romney steered clear of expressing an opinion on Mr. Obama's decision to reverse his earlier opposition to gay marriage. Mr. Obama told ABC News, in an interview to be aired on World News with Diane Sawyer tonight, that he is now convinced that gay marriage should be legal although states should be allowed to make their own decisions.

"... At a certain point I've just concluded that for me personally, it is important for me to go ahead and affirm that I think same sex couples should be able to get married," the president said.

Romney called same-sex marriage a "tender and sensitive topic," and acknowledged that not everyone agrees with him. Decisions about hospital visitation rights and other benefits should be determined by the states, he said. "But my view is that marriage itself is a relationship between a man and a woman," he said.

Romney has signed a pledge authored by the National Organization for Marriage in support of a federal constitutional amendment to define marriage as the union of one man and one woman.