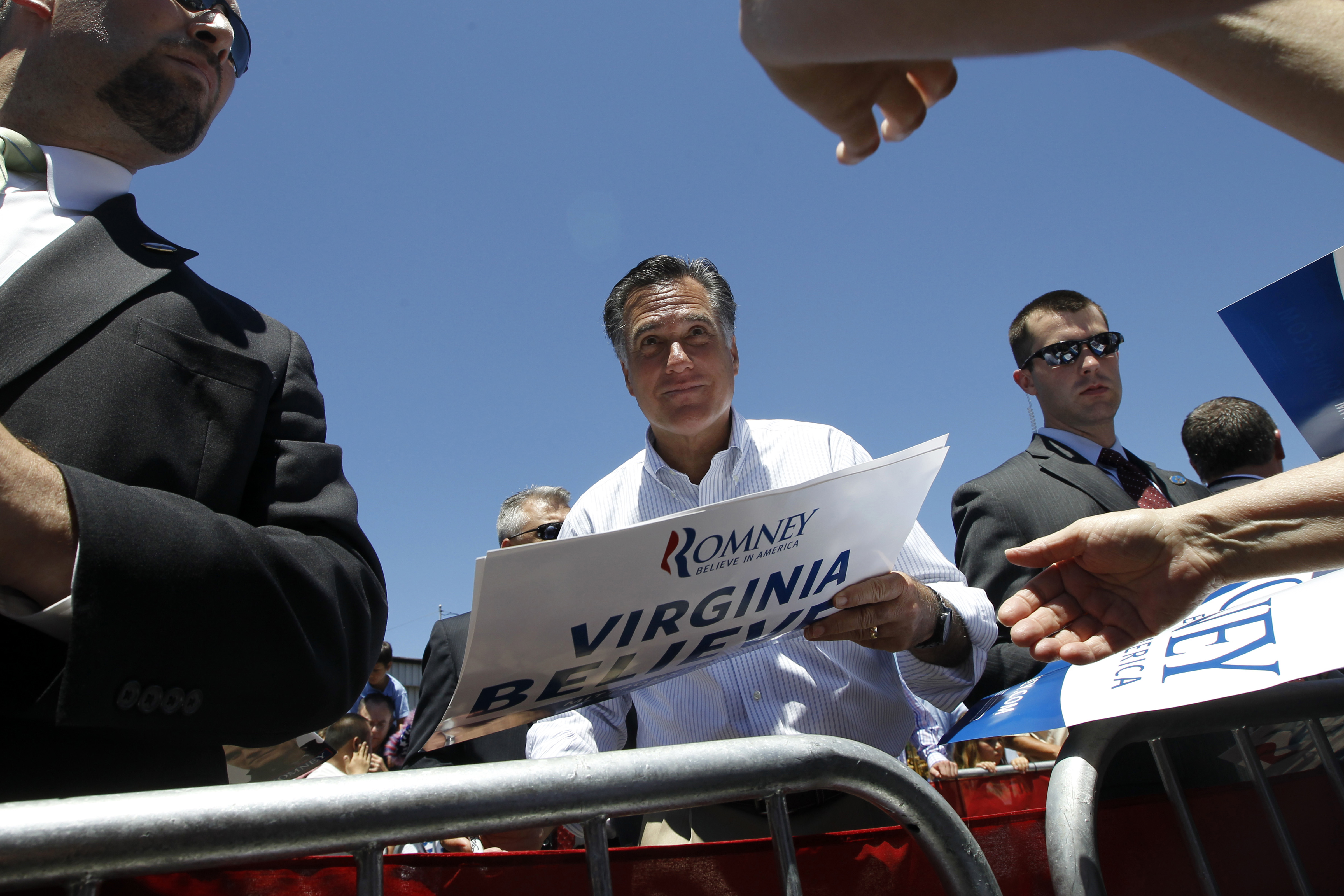 (CBS News) Mitt Romney has a problem with specifics. Since Scott Walker's victory in Wisconsin, a growing number of Republicans have been calling for something more from him. His responses on questions from tax reform to immigration have been thin or nonexistent. When reporters tried to get an answer about the candidate's reaction to the Supreme Court's ruling on Arizona's immigration law, his spokesperson was so evasive, my colleagues might want to plant a mulberry bush in the press section to make the next round of the game more lively. Usually you have to win the White House before you can be that skilled at ducking and weaving.

But wait. The Romney campaign told Politico's Jonathan Martin, when he wrote about this topic, that they have offered an "unprecedented" level of specificity. How can these two things both be true? To understand the disconnect, think of an ad for a prescription drug in a magazine. On one page there is an uplifting, well-lit picture of a healthy woman walking through a sunlit glen on the way to success. On the following two pages is all the fine print and possible side effects. Romney is specific about the glen and the breeze--tax cuts; more jobs for everyone; innovation; no more waste, fraud, and abuse--but doesn't want to talk so much about the two pages of complexity and possible consequence.

Is Romney offering an "unprecedented" level of specificity? This is an exciting claim, but it is contradicted by history. Next to me is my worn copy of Renewing America's Purpose, the 450-page volume of George W. Bush's policy addresses and proposals from 1999-2000. By this time in the 2000 campaign, Bush had unveiled mountains of detailed policy, including a plan to offer workers the ability to invest some of their Social Security money in private accounts. "Mr. Bush is dominating the policy debate," the Economist wrote 12 years ago this month. "[He] has seized on the opportunities to appear both bipartisan and statesmanlike."

Watch Dickerson discuss this topic with his Reporters Roundtable in video to the left.

It's also hard for the Romney campaign to boast about specificity when the candidate is doing the opposite. He's talked about why he won't give details because they were used against him in his Senate race and how his programs can't be evaluated by any experts because he hasn't provided details.

How then can the Romney campaign claim to be so specific? The same way politicians like to believe that a response is the same as an answer. In background material offered by the campaign to show where Romney has been specific, many of the items were not so much Romney proposals but criticisms of President Obama. (This is also true of Romney's 160-page briefing book [pdf] entitled Believe in America, which should have the subtitle Because Obama Doesn't.) A host of statements were generalities--a quotation from Nassim Nicholas Taleb's The Black Swan outlining mistakes that caused Wall Street's collapse, and calls for "dynamic regulations." In the section on financial system reform, Romney's adviser Glenn Hubbard is quoted from a Wall Street Journal article, saying that Romney would replace "the new system for dismantling failing financial companies that was created as part of the 2010 Dodd-Frank financial overhaul law with a new system, which [Hubbard] declined to specify."

The Romney campaign is specific about some things. Romney will enact a 5-percent cut of nonsecurity spending on Day One of his presidency. He'll privatize Amtrak and reduce subsidies for NEA and the Corporation for Public Broadcasting--all of which is very specific but not highly consequential policy. He will repeal the Affordable Care Act, which is very specific. But he refuses to get specific about what will replace it. He's more specific about Medicare--seniors would be provided with a specified amount of money to purchase benefits, and private plans could compete--but details about how benefits would keep up with health costs are vague.

When CBS's Bob Schieffer asked Tim Pawlenty, who launched his presidential campaign on the idea of telling hard truths, where Romney was being specific, the former Minnesota governor mentioned tax reform. Naming an issue area is not being specific. Adviser Eric Fehrnstrom offered Romney's plan for reducing the corporate tax rate as an example of specificity. Saying you're going to reduce corporate tax rates is the easy part; naming the loopholes to do so is harder. The word "loopholes" appears only twice in the 160-page Romney policy document: "Meanwhile, loopholes favor those with the best lobbyists. If we close loopholes and lower the tax rate, the American people and corporations will win." (#winning).

Watch Romney discuss his position on immigration in the video to the left.

When Gov. Romney was asked just what loopholes he would close to lower corporate and individual taxes, he said he'll work with Congress on that when he's elected. One of the funniest things Nancy Pelosi ever said was that Congress had to pass the Affordable Care Act to know what was in it. Romney makes a variant of that claim here: To know what he will do, we must elect him.

Obama may not achieve the Platonic ideal of specificity, but he's well ahead of Mitt Romney. On corporate loopholes, for example, President Obama has proposed a host he would remove (found on pages 202-05 of this Treasury Department explanation of the administration's revenue proposals). The largest one (explained on pages 73-74) would close loopholes ("tax expenditures") for the wealthy by reducing (but not eliminating) the value of itemized deductions. Obama's framework for reducing corporate tax rates can be found here.

Presidents are always more specific than their challengers because they have to actually put things on paper. In fact, it is President Obama's specificity that Mitt Romney is actually running against, in the form of the Affordable Care Act, the Dodd-Frank Wall Street reform, the Recovery Act, and the auto bail-out. Obama can't both lack a plan for dealing with Medicare costs and be attacked for hatching the Independent Payment Advisory Board that is supposed to hold down Medicare costs. There's more than enough in all of that for voters to evaluate the president's priorities, his manner, and his effectiveness on those policies. For a challenger without a recent governing past or a rich history, specificity is one way to evaluate him as a possible president.

So is Mitt Romney trying to get away with something? At the moment, yes, but there's plenty of time left in the campaign for him to get specific. Imagine if Gov. Romney picked Paul Ryan as his running mate. He'd go from policy avoidance to basing his entire campaign on one of the most detailed campaign documents ever: the Ryan budget. The political debate would be filled with plumes of charts and graphs. The big important debate we should be having about the role of government in American life would finally start. The speeches would probably get no shorter and the policy books would not shrink, but we might actually find something useful in them