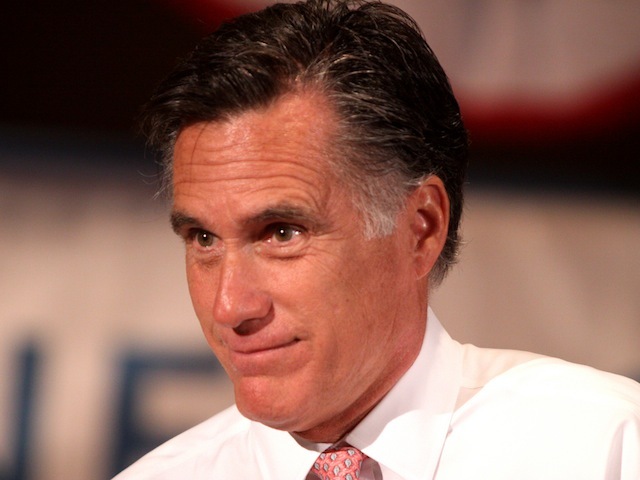 If Republican primary voters are concerned presidential candidate Mitt Romney may not be conservative enough, a recently surfaced video of Romney from a decade ago may not give them much comfort.

"I think the old standby definitions of who votes for which party have been blown away in this campaign," Romney says on camera. "I think people recognize that I'm not a partisan Republican, that I'm someone who is moderate, and that my views are progressive."

"Progressive" has become something of a dirty word among conservatives in recent years. For instance, at the 2010 Conservative Political Action Conference, conservative media personality Glenn Beck said, "Progressivism is the cancer in America" that has infected both parties.

As liberal journalist David Corn points out, Romney decried progressivism in his 2010 book "No Apology: The Case for American Greatness." Romney writes, "progressives...rejected the notion of universal truths, objective judgments, and, ironically, progress itself."

In response to the 2002 footage, the Romney campaign said that its distribution was a distraction from Romney's record as a leader.

"The very last thing the Democrats want to do is run against Mitt Romney. That is why they are focused on his campaign and not on the economy," said Romney spokesperson Andrea Saul. "The Democrats are continuing their campaign of deception in their strategy to 'kill Romney.' If anyone has a question of how Mitt Romney will govern as president, take a look at his record of creating jobs, cutting spending, and protecting the sanctity of life and traditional marriage. That was his record as governor and that will be his record as president."

In a recent interview on Fox News, Romney pushed back on the notion that he's changed his position on issues for the sake of political expediency. He said, for instance, he is still willing to defend the health care reforms he instituted in Massachusetts, in spite of the political risk -- though he maintains he never meant for the state's insurance mandate to serve as a national model.

Polls suggest that questions about Romney's conservativism may be hurting his campaign. The CBS News/ New York Times poll out of Iowa this month showed that only 10 percent of Republican caucus-goers said Romney promotes conservative principles -- compared with 18 percent who said Newt Gingrich does, 20 percent who said Ron Paul does, and 21 percent who said Michele Bachmann does.

The Washington Post, meanwhile, points out that Florida Republican primary voters largely believe their own ideological views are more conservative than Romney's. The latest NBC/Marist poll shows that 56 percent of likely Florida GOP primary voters describe Romney as a moderate and just 23 percent think he is a conservative. However, 70 percent of those voters identify as conservative and just 26 percent call themselves as moderate.

The 2002 footage also illustrates how easily past statements from the Republican candidates can come back to haunt them. Romney's campaign, for instance, recently sent out a press release promoting a video from 2010 that shows Newt Gingrich -- Romney's top GOP rival -- praising Romney's job-creating skills.

"I know that Governor Romney made a powerful case here and, frankly, Governor Romney in his business career created more jobs than the entire Obama Cabinet combined, so he can actually talk about it," Gingrich said at the 2010 Conservative Political Action Conference.