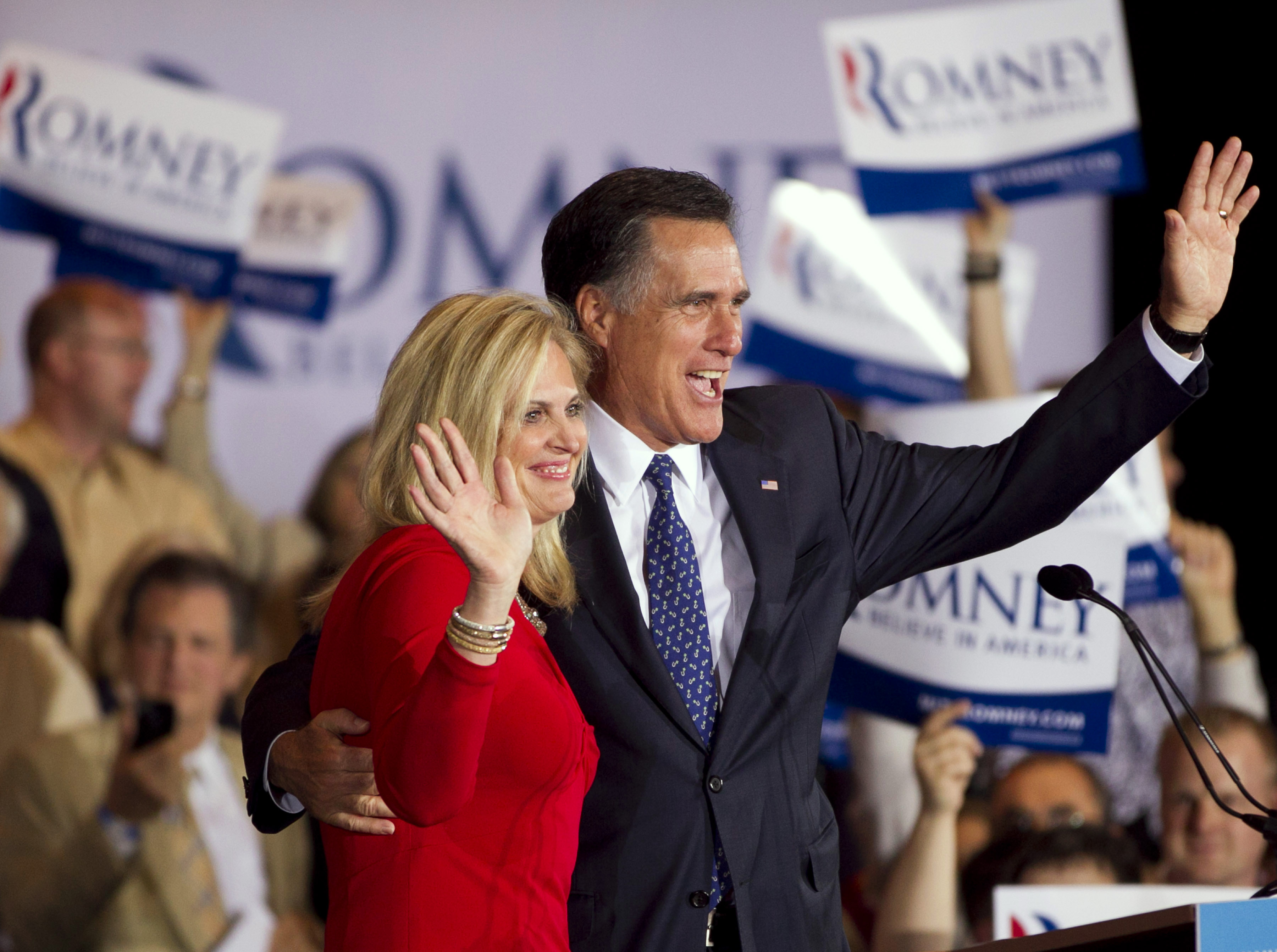 With nearly all precincts reporting, Romney had 47 percent of the votes cast to Santorum's 35 percent. Ron Paul was in third with 9 percent, and Newt Gingrich in fourth with 8 percent. Turnout was light in the state.

"Three years of Barack Obama have brought us fewer jobs and shrinking paychecks, but many of us believed we were in danger of losing something even more than the value of our homes and our 401(k)s," he said. "After years of too many apologies and not enough jobs, historic drops in income and historic highs in gas prices, a president who doesn't hesitate to use all the means necessary to force through Obamacare on the American public, but leads from behind in the world. It's time to say these words, this word: enough. We've had enough."

CBS News exit polls found that Romney, whose base of support was in Chicago and its suburbs, performed well among college graduates, Catholics and voters who see the economy as the most important issue facing the country. He also had a small edge over Santorum among those identifying as conservative. Santorum led Romney among white evangelicals and those identifying as very conservative.

Romney was backed in Illinois by a massive spending advantage over the other candidates for the GOP nomination, as he has been in other states. According to a Campaign Media Analysis Group analysis, Romney and the super PAC backing him outspent Santorum and the super PAC backing him 18-1 on television ads in Illinois. Romney and his backers spent more than an estimated $3 million on television ads to Santorum's estimated $167,090.

Also boosting Romney was the perception that he has the best chance to defeat President Obama in November. Exit polls showed that 60 percent said Romney was the most electable candidate, compared to 23 percent for Santorum and nine percent for Gingrich.

In the exit polls, Romney led his rivals on the question of which candidate best understands the problems of average Americans, with 36 percent support to Santorum's 29 percent and Gingrich's 16 percent. In the Ohio primary, the wealthy former CEO was at only 22 percent on this question.

How Romney won the Illinois primary

Romney is now expected to take to take the lion's share of the 54 delegates up for grabs in Tuesday's primary, which are allocated proportionately. The former Massachusetts governor is focused on getting the 1,144 delegates he needs to clinch the nomination before the convention. His rivals are largely trying to keep Romney from that threshold, with the hope of ultimately securing the nomination at a contested convention.

Santorum was not eligible for ten delegates in Illinois because his campaign failed to identify supporters who could serve as delegates in four congressional districts before the election. Neither Gingrich nor Paul seriously contested the state.

CBS News now estimates that Romney has 534 delegates, more than his three rivals combined. Santorum has 218 delegates in CBS News estimates, while Gingrich had 120 delegates and Paul had 42 delegates.

Santorum said before Election Day that he was holding out hope for a surprise victory driven by the more rural, conservative voters in the southern and western part of the state, saying it would "really send shockwaves" through the Republican establishment. He held four rallies and submitted to 19 interviews in Illinois on Tuesday in a last-ditch effort to spur turnout among his largely-downstate supporters before heading to his home state of Pennsylvania, where voters go to the polls on April 24.

"We won the areas that conservatives and Republicans populate, and we're very happy about that," Santorum said Tuesday in Pennsylvania, after acknowledging his loss in Illinois. "We're happy about the delegates we're going to get too."

Santorum's campaign argued earlier Tuesday that the delegate estimates by CBS News and other news outlets overstated Romney's advantage, since they are doing well in certain county, district, and state conventions that will send delegates to the Republican convention. It also plans to challenge the decision by Florida and Arizona, a pair of states won by Romney, to award delegates in a "winner-take-all" fashion. A successful challenge would reduce Romney's delegate advantage.

In addition to Pennsylvania, Santorum expects to do well in the Louisiana primary on Saturday and go on to win in Arkansas and Kentucky on May 22. He has also set his sights on Texas, which offers 155 delegates and which holds a primary on May 29.

In the short term, however, the calendaroffers Romney far better opportunities to garner delegates. There are primaries in April in the District of Columbia, Maryland, Wisconsin, Connecticut, Delaware, New York, Pennsylvania and Rhode Island, most of which Romney is expected to win. In addition to Pennsylvania, Santorum's best chance for victories in April come in Maryland and Wisconsin.

The victory in Illinois is the third win in the Midwest for Romney, who attacked Santorum in the run-up to Tuesday's contest as having "the same economic lightweight background the president has." Santorum, who has been hammering Romney over his past support for an individual health care mandate and his past as a "Wall Street financier," shot back that "If Mitt Romney's an economic heavyweight, we're in trouble."

In a statement Tuesday night, Gingrich took aim at Romney for spending so much to win and vowed to stay in the race, saying "we need a nominee who offers powerful solutions that hold the president accountable for his failures."

With the nomination seemingly within reach, Romney is expected to aim his rhetoric squarely at the president in preparation for the general election. His rivals, meanwhile, will faced increased pressure to leave the race so that the party can rally around a nominee and leave behind what has been a bruising primary fight.

"Tonight was a primary, but November is the general election," Romney said Tuesday evening. "And we're going to face a defining decision as a people. Our choice will not be about party or even personality. This election will be about principle. Our economic freedom will be on the ballot.

Santorum looks ahead to Pennsylvania and Louisiana
Romney on Obama: "We've had enough"