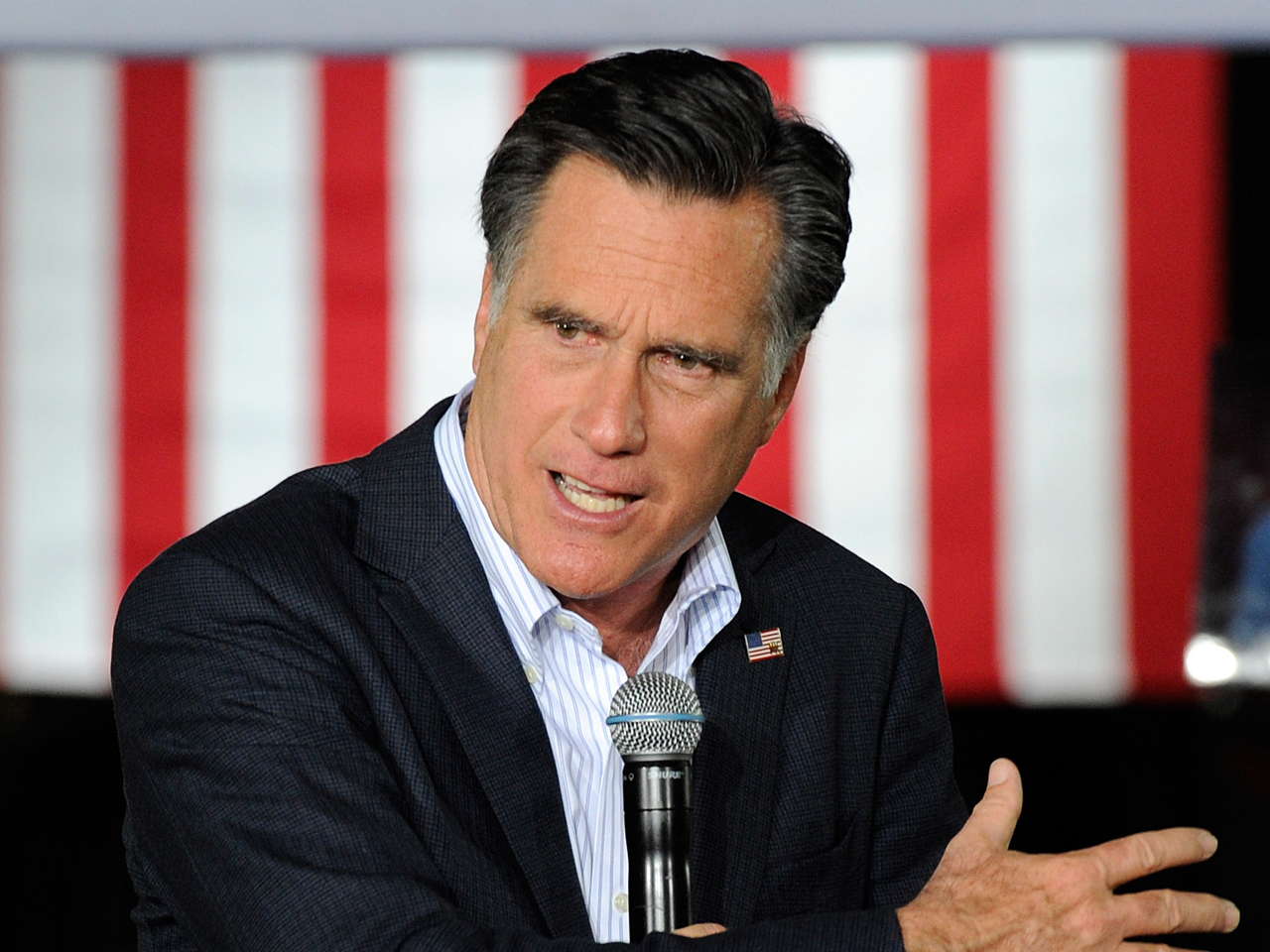 The Romney campaign on Monday was promoting a petition, which says, "The Obama administration is at it again. They are now using Obamacare to impose a secular vision on Americans who believe that they should not have their religious freedom taken away... If you have had enough of the Obama administration's attacks on religious liberty, stand with Mitt and sign the petition."

The Obama administration last month announced that it would require employers to provide full health care coverage for contraception. The rule exempts houses of worship like churches or synagogues, but other nonprofits with religious affiliations -- for instance, a Catholic university or its affiliated hospital -- will have to comply.

Conservatives have slammed the new rule as an assault on religious freedom -- something the GOP presidential candidates accused the president of even before the new rule was finalized. The administration and its supporters, meanwhile, continue to defend the birth control rule and argue that the GOP criticism will backfire in the general election.

White House spokesman Jay Carney today said the rule strikes the "appropriate balance between religious concerns... and the need to provide health care coverage across the country." He said the administration will continue to work with religious institutions to try to allay their concerns.

Mr. Obama's re-election team and its allies, meanwhile, have hit back hard at Romney in particular.

As the Boston Globe reports, "In December 2005, Romney required all Massachusetts hospitals, including Catholic ones, to provide emergency contraception to rape victims, even though some Catholics view the morning-after pill as a form of abortion."

The campaign for Newt Gingrich, Romney's GOP rival, also pointed to this similarity in an email with the subject line, "Attacking Religious Liberty: Romney = Obama."

Gingrich has perhaps been the most aggressive in attacking Mr. Obama on issues of religious freedom. On CBS' Face the Nation Sunday, he said, "The war against the Catholic church, which the Obama administration has launched... is the most outrageous assault on religious liberty in American history."

In a memo released over the weekend by the pro-Obama group Priorities USA Action, Bill Burton wrote that the candidates have embraced "the new Republican litmus test on family planning" that will eventually backfire.

"Romney and the other Republicans candidates have aligned themselves with a minority within a minority with a moral aversion to contraception they wish to impose on the entire country," wrote Burton, a former Obama adviser. "It's a worldview that idealizes the years before women had access to birth control."