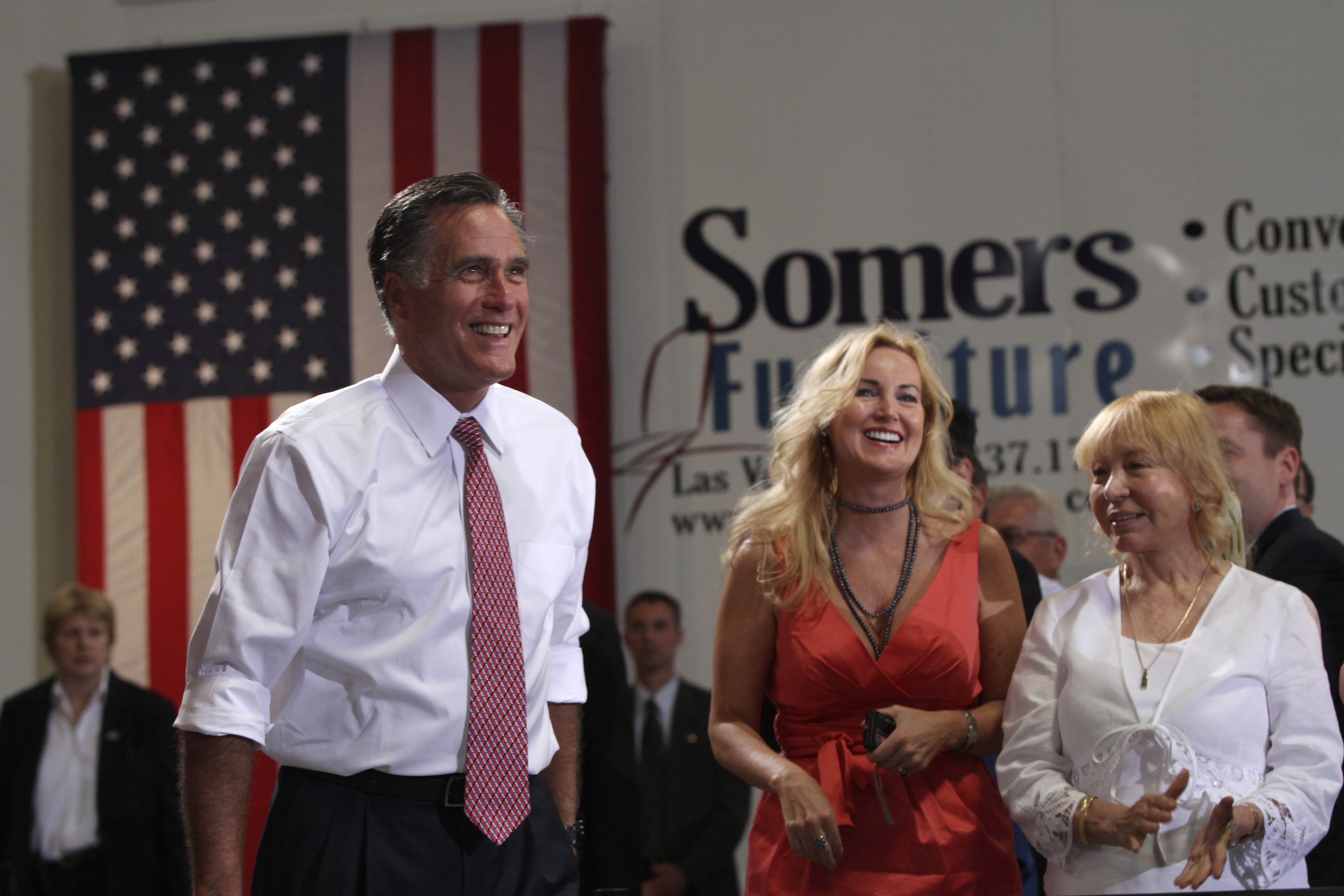 With 91 percent of the votes counted, the former Massachusetts governor sailed to victory in Tuesday's Texas GOP primary, earning 69 percent of the vote and surpassing the 1,144 delegates needed to secure the nomination. Texas Rep. Ron Paul, who announced earlier this monththat he would no longer be actively campaigning in the race, earned 11 percent.

CBS News has been tracking delegates throughout the primaries and caucuses, including interviews with Republican delegates across the country. The former Massachusetts governor has amassed more than a thousand delegates from these contests and CBS News has also confirmed that he has the support of 83 of the 123 delegates who are Republican National Committee members and are free to support who they choose.

According to CBS News estimates, Romney will have 1,198 delegates following his victory in Texas.

In a statement after the Texas polls closed, Romney said he was "humbled to have won enough delegates to become the Republican Party's 2012 presidential nominee."

"Our party has come together with the goal of putting the failures of the last three and a half years behind us," Romney said in the statement. "On November 6, I am confident that we will unite as a country and begin the hard work of fulfilling the American promise and restoring our country to greatness."

Republican National Committee chair Reince Priebus congratulated the presumptive nominee on reaching the 1,144 delegate marker, and expressed confidence that "Romney will offer America the new direction we so desperately need."

"We cannot afford four more years of President Obama's big government agenda, deficit spending, and attacks on American free enterprise," Priebus said in a Tuesday night statement. "At a time when the country must empower the private sector to create jobs, we need a leader who actually understands job creation and respects the private sector. That leader is Mitt Romney."

In the year since announcing his candidacy, Romney has won 31 states en route to the nomination. It was a long battle partially due to new Republican party rules, as a result of which more states awarded delegates proportionally, making it more difficult for Romney -- or any candidate -- to wrap the nomination up early.

Paul, who continues to focus on winning delegates at state and district conventions, now has 121 total delegates, according to CBS News estimates.

Former candidates Newt Gingrich and Rick Santorum also won a number of delegates during their presidential campaigns. While both have publicly endorsed Romney, they have yet to release their delegates, which means many of these delegates remain bound to Gingrich and Santorum -- at least for now.

When asked Tuesday when he expected to officially release his delegates, Gingrich said he wasn't yet sure.

"When it's appropriate. I don't know yet," he told reporters.

Romney will officially be nominated at the Republican national convention in August in Tampa, Florida.