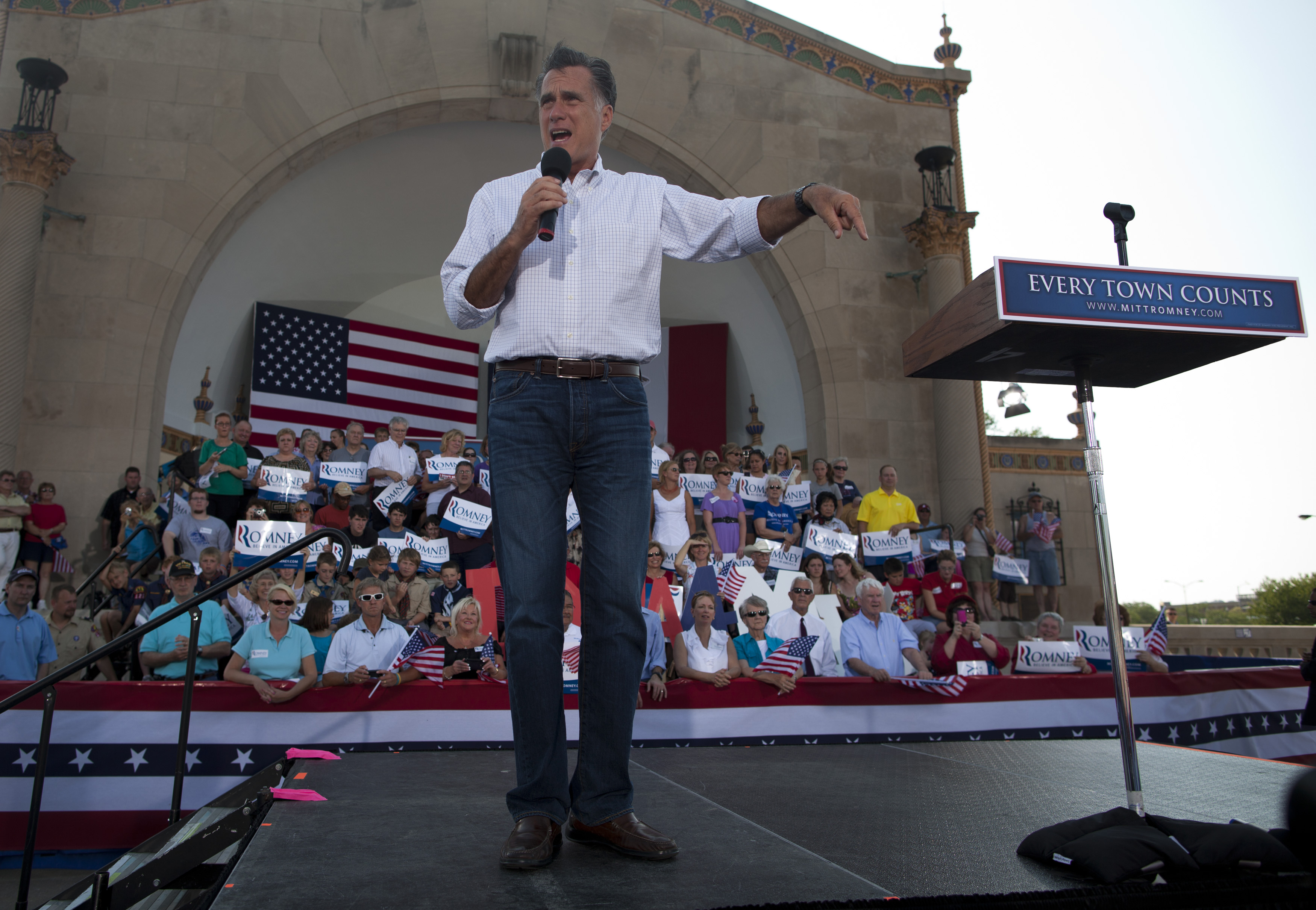 (CBS News) DAVENPORT, Iowa - Presumptive Republican nominee Mitt Romney went on the offensive Monday on immigration, charging that President Obama broke a campaign promise by neglecting it for most of his presidency.

Raising the issue on the stump for the first time since Obama's executive action Friday to let some undocumented young immigrants stay in the United States and work, Romney said Obama "said one thing and he's done a very different one," Romney told more than 400 people who turned out to hear him at Le Claire Park & Bandshell.

"He said, for instance, to the question of illegal immigration, that he was going to deal with immigration -- his first year he was going to focus on that," Romney said. "Did he do anything on immigration when he had a Democratic House and Senate? No. This is a president who has said one thing and done another."

Democrats and the White House tried to pass the DREAM Act offering a path to citizenship for certain young illegal immigrants, but it was blocked in the Senate in late 2010. Obama has negotiated with Republicans in Congress, notably House Speaker John Boehner, on ways to reduce the deficit, but the two sides were unable to reach a compromise.

Romney has not said what he would do to deal with the children of illegal immigrants and he has not said if he would repeal the president's action. In an interview with the Des Moines Register on Monday, Romney said his staff has been working with Senator Marco Rubio, R-Fla., on immigration reform.

Romney, the former governor of Massachusetts, praised Republican governors in states like Iowa, Tennessee, Wisconsin, Indiana and Ohio for "making tough choices" that have helped their states recover from the recession.

"Then there are some other places. Like California. Not doing so well. They have taken a very different course," he said of the state led by Democrat Jerry Brown. "Unfortunately, we have a president who has taken us on the course of California and Europe."

Romney showed a lighter side during a post-rally chat with the media on his charter plane. "What's the best piece of advice on those rope lines?" asked NBC's Peter Alexander. "Stop trying to be like yourself. Be someone else. Just don't be you," Romney said, to laughter, before adding, "I'm just kidding."

What's behind the push for a fourth stimulus check
Sarah Huisenga