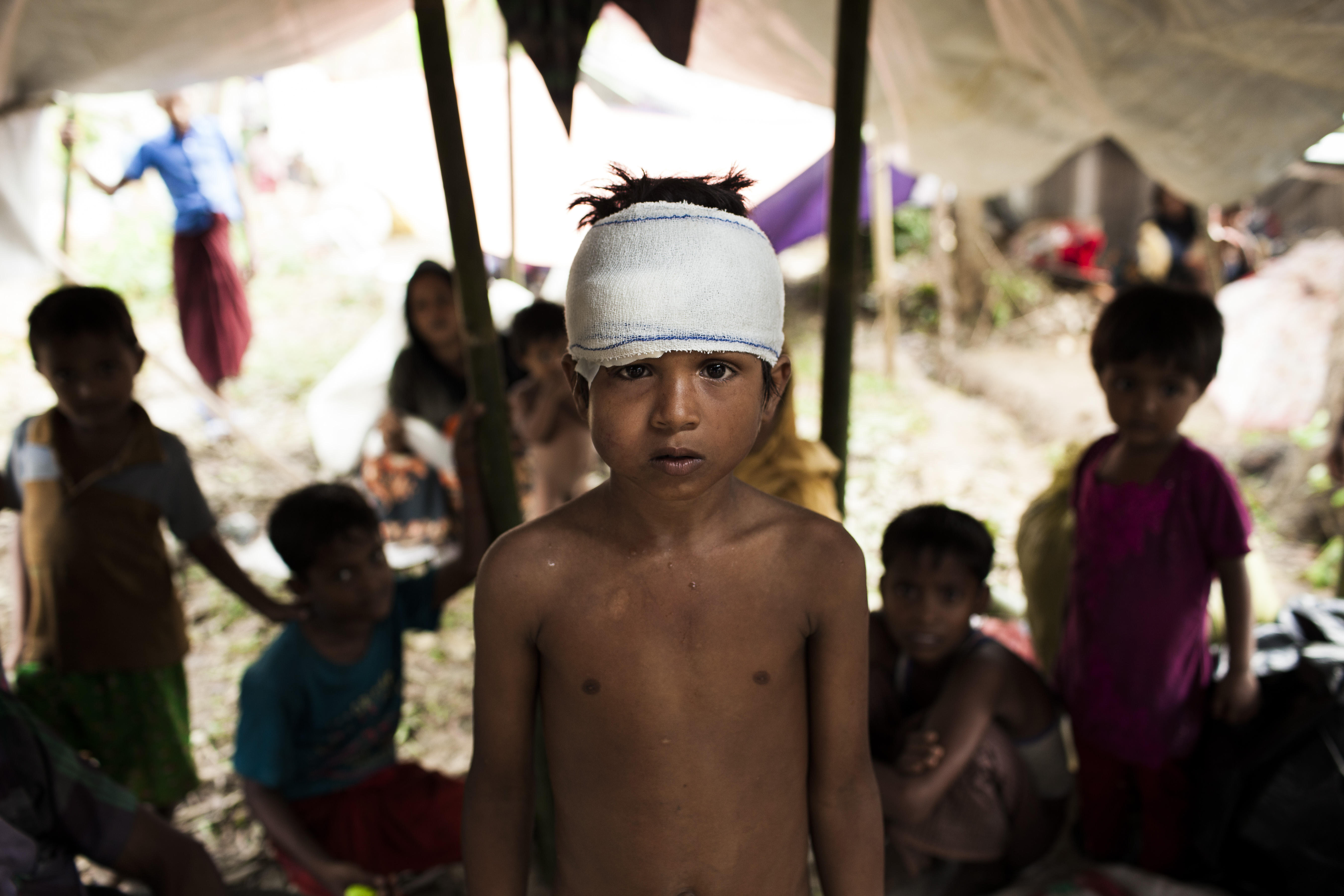 UNITED NATIONS -- In addition to 582,000 Rohingya refugees who have poured into Bangladesh camps since late August, a UNICEF report released Thursday says that 12,000 children are leaving Myanmar weekly, where cholera infection is increasing.

"Many Rohingya refugee children in Bangladesh have witnessed atrocities in Myanmar no child should ever see, and all have suffered tremendous loss," UNICEF executive director Anthony Lake said, adding that basic services such as food, safe water and sanitation are in short supply.

Christopher Tidey, communication specialist, told CBS News, "We see children under 5 years old coming across the border severely malnourished, and 60 percent of the arrivals are children."

Next week in Geneva, UNICEF -- the U.N.'s children relief fund -- is sponsoring an international pledging conference, calling for $434 million.

Lake tells the story of the catastrophe that is unfolding in Cox's Bazar, Bangladesh, where he visited earlier this month: "I heard from some of these children and women. They told stories of horror and loss. Of murder. Of rape. Of villages burned to the ground."

"Two of the children I met shared pictures they had drawn of what they had witnessed across the border -- helicopters attacking villages. Soldiers shooting boys as they play football in the fields," Lake said.

The report details the desperate plight of the over half million Rohingya refugees who have fled intense violence in neighboring Myanmar, and who are adding to the 211,000 others who fled in previous cross-border influxes.

"The magnitude of the challenge is daunting," Lake said.

"We have received bone-chilling accounts from those who fled -- mainly women, children and the elderly," U.N. Secretary General Antonio Guterres told the Security Council in late September, when a team of U.N. aid workers were denied entry.

The mass exodus began when an ethnic Rohingya insurgent group attacked police posts in Burma, also known as Myanmar, sparking a brutal crackdown by the country's military and security forces, accused of razing scores of villages in what U.N. officials have said amounts to "ethnic cleansing."

U.S. Secretary of State Rex Tillerson said, earlier this week, that Myanmar's military leadership should be held accountable for the atrocities being carried out against the Rohingya Muslims.

Recent refugees have also said the Rohingya were being starved in a bid to make them leave.

U.S. Ambassador to the U.N. Nikki Haley met with U Thaung Tun, National Security Advisor of Myanmar, to discuss the urgent refugee crisis in Myanmar in mid-October and appealed for "the safe, dignified return of all those displaced as quickly as possible and called for humanitarian access to all affected by the violence."

On Thursday, the International Rescue Committee said that almost half a million refugee children are in urgent need of assistance and said that the  "total number of refugees could top 1 million -- the fastest mass exodus the IRC has seen since Rwanda."

While applauding the statements by Tillerson and Haley, the President of Refugees International, Eric Schwartz, called for the U.S. to "press -- not occasionally but repeatedly and at the highest levels -- for the Myanmar military to cease all violations of human rights ... and call for unfettered access for humanitarian organizations to Rakhine State."

UNICEF's Bangladesh Representative, Edouard Beigbeder painted the picture of the crisis, which is growing more severe by the day: "Living in the open, with food, safe water and sanitation in desperately short supply, the risk of waterborne and other diseases is palpable."