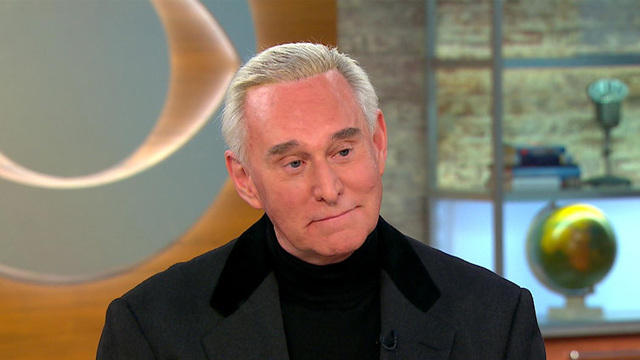 Longtime GOP operative and Trump confidant Roger Stone on Tuesday doubled down on his assertion that he did not collude with Russia to meddle in the 2016 U.S. election.

“I have said that repeatedly and I say that again today,” Stone said in an interview on “CBS This Morning.”

Stone said he’s aware that he’s under investigation by the FBI, but that he has not spoken to the bureau. He said he is following the Senate Intelligence Committee’s request to preserve documents.

“I assume I have been under surveillance now for some time,” Stone said. “What probable cause there is, or what evidence that would dictate that, I don’t know.”

Stone’s name frequently popped up during a House Intelligence Committee hearing with FBI Director James Comey and NSA Director Admiral Mike Rogers that was focused on Russia’s interference in the election. He had been in contact with Guccifer 2.0, someone involved in hacked the Democratic National Committee during the 2016 race, though he says their exchange was “benign.”

“The inference that my now completely public exchange with a hacker Guccifer 2.0 -- who may or may not be a Russian agent -- somehow constitutes collusion is not true based either on the facts, on the actual text which I released or on the timing,” he told CBS.

U.S. officials have said they believe Guccifer 2.0 is linked to Russia.

Asked if President Trump should say he was wrong when he accused President Obama of ordering a wiretap of Trump Tower, Stone said, “No, actually, I don’t.” Comey said Tuesday neither the FBI nor the Justice Department has evidence to support that claim.