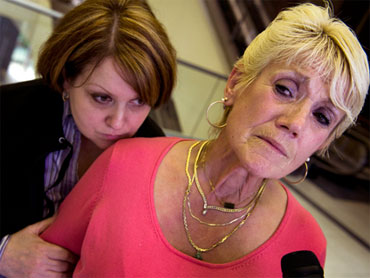 SANTA ANA, Calif. (CBS/AP) Rodney Alcala, the alleged serial killer with a genius IQ, will match wits Tuesday with the prosecutors who want to send him to death row.

Alcala's is on trial for the murder of four women and a young girl between 1977 and 1979. His decision to testify will open him up to cross-examination by prosecutors and could provide some heated moments as they try to out maneuver a defendant with a purported IQ of 170.

Alcala has outwitted them before. He was already convicted and sentenced to death for the murder of the young girl - Robin Samsoe. But he got both rulings overturned on technicalities. It wasn't until DNA testing in 2005 that prosecutors were able to tie Alcala to the other four murders.

Alcala is currently facing five counts of murder, with special circumstance allegations of murder in the commission of rape, torture and burglary.

The high-profile trial has already had its share of surprises, beginning with Alcala's decision to represent himself. That decision has led to some tense moments in court with the gray-haired defendant calling Samsoe's mother testify in his defense.

At the center of the prosecution's case is a gold ball earring that prosecutors and Samsoe's mother say belonged to the 12-year-old girl. Prosecutors say the earring was found in a jewelry pouch in a Seattle storage locker rented by Alcala.

Alcala has focused much of his defense on the earring and has argued that it was his. In a bizarre twist, Alcala is expected Tuesday to show jurors clips of himself as the winning contestant in a 1970s episode of the TV show "The Dating Game" to prove that he was wearing the gold ball earrings before Samsoe's death.

Samsoe disappeared while on her way to a ballet lesson in Huntington Beach in Orange County in 1979. Alcala was arrested a month later.