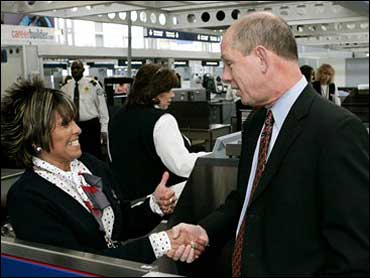 Left-handed pitcher Brian Bohanon has agreed to a three-year contract with the Colorado Rockies.

Terms were not announced, but according to the Rocky Mountain News, it includes $9 million plus incentives.

"What I know is, every time I've got in there (Coors Field) the fans have been great. I'm looking forward to that."

"The team has always been able to score runs. It was just a matter of getting some pitching."

Bohanon will move into the rotation with right-handers Darryl Kile, Pedro Astacio, Jamey Wright and John Thomson, allowing left-hander Bobby Jones to move to the bullpen.