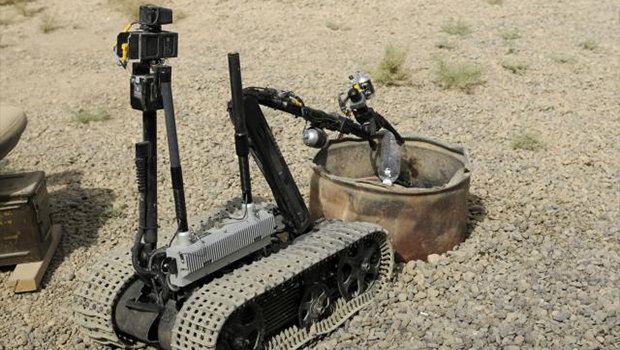 The U.S. Army may send robotic soldiers to the battlefield within the next 30 years, General Robert Cone said at the Army Aviation symposium on Jan. 15. It is part of the Army's effort to become “a smaller, more lethal, deployable and agile force," he explained, according to Defense News.

As the head of the U.S. Army Training and Doctrine Command (TRADOC), Cone is instrumental in mapping out the Army's future.

“I’ve got clear guidance to think about what if you could robotically perform some of the tasks in terms of maneuverability, in terms of the future of the force,” he said.

The future of the force could see one quarter of the 4,000 soldiers in the Brigade Combat Team replaced with robots and drones. Cone says it will be possible to reduce manpower without reducing firepower. But in order to get there, the Army will "need to fundamentally change the nature of the force, and that would require a breakthrough in science and technology," Lt. Gen. Keith Walker told Defense News.

Cone said one way to reduce the force is to use unmanned ground vehicles.

Robotic warriors would not be a new addition to the Army force. Right now, though, they are only used in limited activities. A robotic bomb squad disposed of IEDs in Iraq and Afghanistan, and soldiers use the RQ-11 Raven drone to scout out danger. DARPA funding has also supported numerous robotics research and development projects.

Reducing manpower could significantly reduce costs, especially in terms of lifelong healthcare and benefits for current and retired soldiers. These costs comprised one-quarter of the Pentagon's proposed budget in 2012.