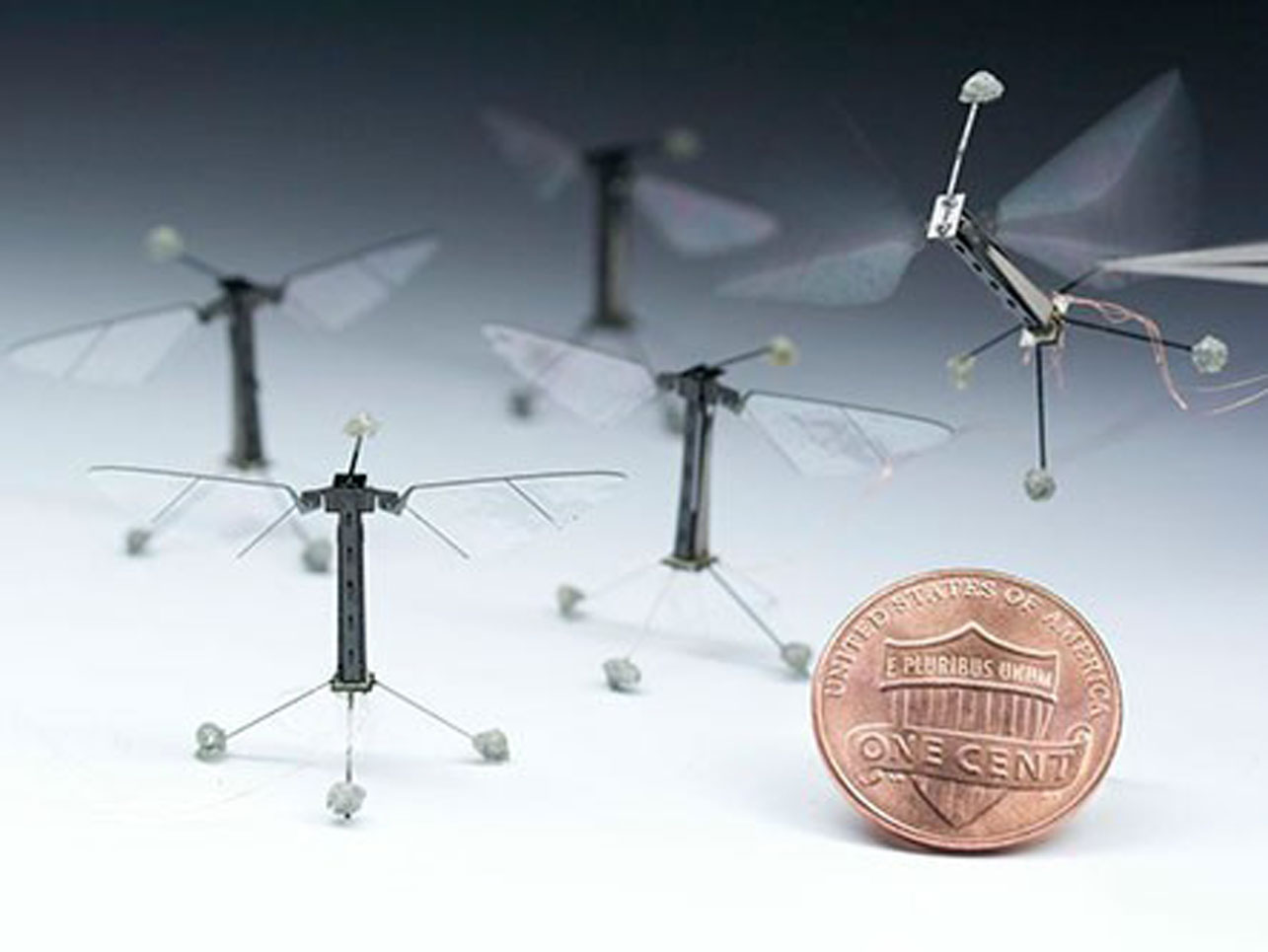 After over a decade of work, the so-called "RoboBee" has taken flight. Harvard University Researchers have been dedicated to creating an insect-sized robot for years and the work has finally paid off.

According to the researchers, the robot half the size of a paperclip and weighing less than a tenth of gram, was able to hover for a few moments and then flew on a "preset route through the air."

"This is what I have been trying to do for literally the last 12 years," Robert J. Wood, principal investigator of the National Science Foundation-supported RoboBee project, said in a statement. "It's really only because of this lab's recent breakthroughs in manufacturing, materials, and design that we have even been able to try this. And it just worked, spectacularly well."

The tiny machine was actually inspired by the biology of a fly, which included a submillimeter-scale body and two wafer-thin wings. The wings seem to flap invisibly and beat at a rate of 120 times per second.

Developing the little guy was not easy, and that wasn't just the technology behind the project. Each part of the tiny apparatus had to be handcrafted for a robot this small.

"Large robots can run on electromagnetic motors, but at this small scale you have to come up with an alternative, and there wasn't one," co-lead author Kevin Y. Ma said in a statement.

The robot is able to flap its wings using piezoelectric actuators, which are strings of ceramic that expand and contract when an electric field is applied. However, the real technology is in the fiber body, which is where the system stores its control system.

"We had to develop solutions from scratch, for everything," explained Wood. "We would get one component working, but when we moved onto the next, five new problems would arise. It was a moving target."

However, this painstaking project does not have to be repeated over and over again. In fact, the team has utilized a quick manufacturing process inspired by children's pop-up books to produce multiple samples at a time. This process was actually created a few years earlier by Wood's team as well.

"We can now very rapidly build reliable prototypes, which allows us to be more aggressive in how we test them," said Ma.

Once the researchers perfect the design of the RoboBee they will be able to mass produce easily, with a fully automated process.

Watch the video below to see the "RoboBees" in action.