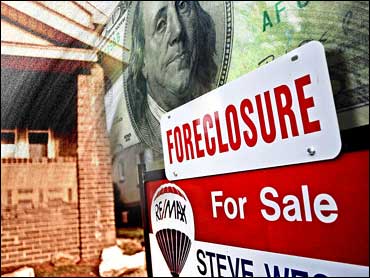 Mortgage industry employees are still signing documents they haven't read and using fake signatures more than eight months after big banks and mortgage companies promised to stop the illegal practices that led to a nationwide halt of home foreclosures.

County officials in at least three states say they have received thousands of mortgage documents with questionable signatures since last fall, suggesting that the practices, known collectively as "robo-signing," remain widespread in the industry.

The documents have come from several companies that process mortgage paperwork, and have been filed on behalf of several major banks. One name, "Linda Green," was signed almost two dozen different ways.

Lenders say they are working with regulators to fix the problem but cannot explain why it has persisted.

Last fall, the nation's largest banks and mortgage lenders, including JPMorgan Chase, Wells Fargo, Bank of America and an arm of Goldman Sachs, suspended foreclosures while they investigated how corners were cut to keep pace with the crush of foreclosure paperwork.

Critics say the new findings point to a systemic problem with the paperwork involved in home mortgages and titles. And they say it shows that banks and mortgage processors haven't acted aggressively enough to put an end to widespread document fraud in the mortgage industry.

"Robo-signing is not even close to over," says Curtis Hertel, the recorder of deeds in Ingham County, Mich., which includes Lansing. "It's still an epidemic."

In Essex County, Mass., the office that handles property deeds has received almost 1,300 documents since October with the signature of "Linda Green," but in 22 different handwriting styles and with many different titles.

Linda Green worked for a company called DocX that processed mortgage paperwork and was shut down in the spring of 2010. County officials say they believe Green hasn't worked in the industry since. Why her signature remains in use is not clear.

"My office is a crime scene," says John O'Brien, the registrar of deeds in Essex County, which is north of Boston and includes the city of Salem.

In Guilford County, N.C., the office that records deeds says it received 456 documents with suspect signatures from Oct. 1, 2010, through June 30. The documents, mortgage assignments and certificates of satisfaction, transfer loans from one bank to another or certify a loan has been paid off.

Suspect signatures on the paperwork include 290 signed by Bryan Bly and 155 by Crystal Moore. In the mortgage investigations last fall, both admitted signing their names to mortgage documents without having read them. Neither was charged with a crime.

And in Michigan, a fraud investigator who works on behalf of homeowners says he has uncovered documents filed this year bearing the purported signature of Marshall Isaacs, an attorney with foreclosure law firm Orlans Associates. Isaacs' name did not come up in last year's investigations, but county officials across Michigan believe his name is being robo-signed.

O'Brien caused a stir in June at a national convention of county clerks by presenting his findings and encouraging his counterparts to investigate continued robo-signing.

The nation's foreclosure machine almost came to a standstill when the nation's largest banks suspended foreclosures last fall. Part of the problem, banks contended, was that foreclosures became so rampant in 2009 and 2010 that they were overwhelmed with paperwork.

The banks reviewed thousands of foreclosure filings, and where they found problems, they submitted new paperwork to courts handling the cases, with signatures they said were valid. The banks slowly started to resume foreclosures this winter and spring.

The 14 biggest U.S. banks reached a settlement with federal regulators in April in which they promised to clean up their mistakes and pay restitution to homeowners who had been wrongly foreclosed upon. The full amount of the settlement has not been determined. But it will not involve independent mortgage processing firms, the companies that some banks use to handle and file paperwork for mortgages.

So far, no individuals, lenders or paperwork processors have been charged with a crime over the robo-signed signatures found on documents last year. Critics such as April Charney, a Florida homeowner and defense lawyer, called the settlement a farce because no real punishment was meted out, making it easy for lenders and mortgage processors to continue the practice of robo-signing.

Robo-signing refers to a variety of practices. It can mean a qualified executive in the mortgage industry signs a mortgage affidavit document without verifying the information. It can mean someone forges an executive's signature, or a lower-level employee signs his or her own name with a fake title. It can mean failing to comply with notary procedures. In all of these cases, robo-signing involves people signing documents and swearing to their accuracy without verifying any of the information.

Most of the tainted mortgage documents in question last fall were related to homes in foreclosure. But much of the suspect paperwork that has been filed since then is for refinancing or for new purchases by people who are in good standing in the eyes of the bank. In addition, foreclosures are down 30 percent this year from last. Home sales have also fallen. So the new suspect documents come at a time when much less paperwork is streaming through the nation's mortgage machinery.

None of the almost 1,300 suspect Linda Green-signed documents from O'Brien's office, for example, involve foreclosures. And Jeff Thigpen, the register of deeds in North Carolina's Guilford County, says fewer than 40 of the 456 suspect documents filed to his office since October involved foreclosures.

Banks and their partner firms file mortgage documents with county deeds offices to prove that there are no liens on a property, that the bank owns a mortgage or that a bank filing for foreclosure has the authority to do so.

The signature of a qualified bank or mortgage official on these legal documents is supposed to guarantee that this information is accurate. The paper trail ensures a legal chain of title on a property and has been the backbone of U.S. property ownership for more than 300 years.

The county officials say the problem could be even worse than what they're reporting. That's because they are working off lists of known robo-signed names, such as Linda Green and Crystal Moore, that were identified during the investigation that began last fall. Officials suspect that other names on documents they have received since then are also robo-signed.

It is a federal crime to sign someone else's name to a legal document. It is also illegal to sign your name to an affidavit if you have not verified the information you're swearing to. Both are punishable by prison.

In Michigan, the attorney general took the rare step in June of filing criminal subpoenas to out-of-state mortgage processing companies after 23 county registers of deeds filed a criminal complaint with his office over robo-signed documents they say they have received. New York Attorney General Eric Schneiderman's office has said it is conducting a banking probe that could lead to criminal charges against financial executives. The attorneys general of Delaware, California and Illinois are conducting their own probes.

The legal issues are grave, deeds officials across the country say. At worst, legal experts say, the document debacle has opened the property system to legal liability well beyond the nation's foreclosure crisis. So someone buying a home and trying to obtain title insurance might be delayed or denied if robo-signed documents turn up in the property's history. That's because forged signatures call into question who owns mortgages and the properties they are attached to.

"The banks have completely screwed up property records," says L. Randall Wray, an economics professor and senior scholar at the University of Missouri-Kansas City.

In the Massachusetts case, The Associated Press tried to reach Linda Green, whose name was purportedly signed 1,300 times since October. The AP, using a phone number provided by lawyers who have been investigating the documents since last year, reached a person who said she was Linda Green, but not the Linda Green involved in the mortgage investigation.

In the Michigan case, a lawyer for the Orlans Associates law firm, where Isaacs works, denies that Isaacs or the firm has done anything wrong. "People have signatures that change," says Terry Cramer, general counsel for the firm. "We do not engage in `robo-signing' at Orlans."

To combat the stream of suspect filings, O'Brien and Jeff Thigpen, the register of deeds in North Carolina's Guilford County, stopped accepting questionable paperwork June 7. They say they had no choice after complaining to federal and state authorities for months without getting anywhere.

Since then, O'Brien has received nine documents from Bank of America purportedly signed by Linda Burton, another name on authorities' list of known robo-signers. For years, his office has regularly received documents signed with Burton's name but written in such vastly different handwriting that two forensic investigators say it's highly unlikely it all came from the same person.

O'Brien returned the nine Burton documents to Bank of America in mid-June. He told the bank he would not file them unless the bank signed an affidavit certifying the signature and accepting responsibility if the title was called into question down the road. Instead, Bank of America sent new documents with new signatures and new notaries.

A Bank of America spokesman says Burton is an assistant vice president with a subsidiary, ReconTrust. That company handles mortgage paperwork processing for Bank of America.

"She signed the documents on behalf of the bank," spokesman Richard Simon says. The bank says providing the affidavit O'Brien asked for would have been costly and time-consuming. Instead, Simon says Bank of America sent a new set of documents "signed by an authorized associate who Mr. O'Brien wasn't challenging."

The bank didn't respond to questions about why Burton's name has been signed in different ways or why her signature appeared on documents that investigators in at least two states have deemed invalid.

Several attempts by the AP to reach Burton at ReconTrust were unsuccessful.

O'Brien says the bank's actions show "consciousness of guilt." Earlier this year, he hired Marie McDonnell, a mortgage fraud investigator and forensic document analyst, to verify his suspicions about Burton's and other names on suspect paperwork.

She compared valid copies of Burton's signature with the documents O'Brien had received in 2008, 2009 and 2010 and found that Burton's name was fraudulently signed on hundreds of documents.

Most of the documents reviewed by McDonnell were mortgage discharges, which are issued when a home changes hands or is refinanced by a new lender and are supposed to confirm that the previous mortgage has been paid off. Bank of America declined comment on McDonnell's findings.

In Michigan, recorder of deeds Hertel and his counterparts in 23 other counties found numerous suspect signatures on documents filed since the beginning of the year.

In June, their findings led the Michigan attorney general to issue criminal subpoenas to several firms that process mortgages for banks, including Lender Processing Services, the parent company of DocX, where Linda Green worked. On July 6, the CEO of that company, which is also under investigation by the Florida Attorney General's office, resigned, citing health reasons.