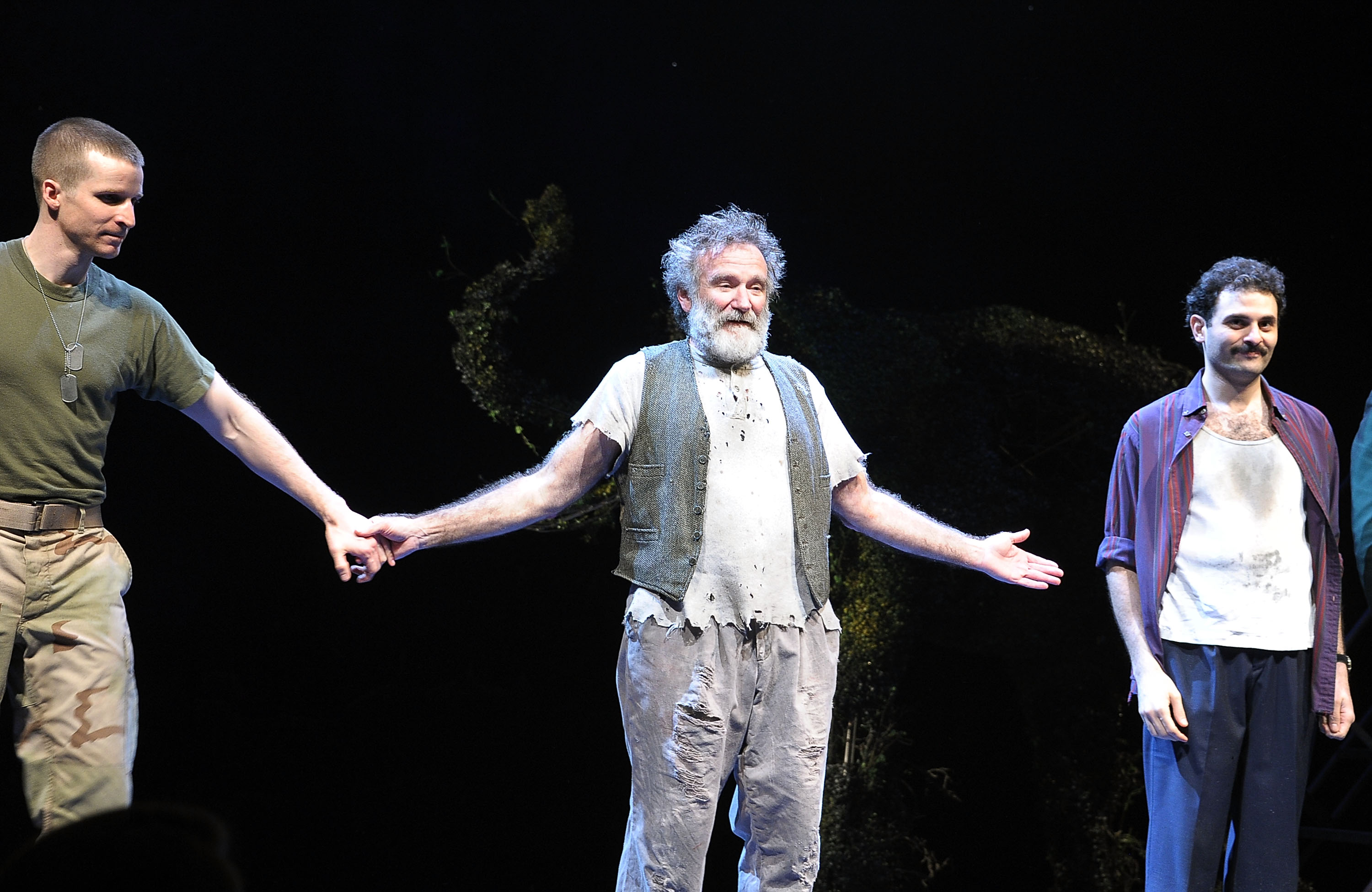 The casts of "Aladdin" -- both the 1992 film and the current Broadway hit -- are honoring Robin Williams, who played the manic, fast-talking, unforgettable Genie.

Scot Weinger, who played Aladdin in the animated film, said Wednesday that working with his hero was surreal and magical, adding the world has "lost a bright light."

Weinger described himself as a lifelong Willams fan who had a "Mork" doll as a kid and a poster of "Dead Poets Society" on his wall as an emerging actor. Working with his hero was surreal and magical, he said.

Linda Larkin, who voiced Princess Jasmine in the movie, called Williams a "wild, soulful, boundless spirit," characterizing his Genie character from the movie as "the best gift ever."

Their reaction came a day after the cast of Broadway's hit show "Aladdin" created their own tribute. James Monroe Iglehart, who won a Tony Award as the Genie, led the crowd at the New Amsterdam Theatre on Tuesday in a rousing version of "Friend Like Me" after the curtain went down. The show's Playbills had been stuffed with the song's lyrics and everyone was encouraged to sing along.

Williams, who died of an apparent suicide in his San Francisco Bay Area home this week, had been on Broadway several times, most recently as a restless tiger ghost in 2011 in "Bengal Tiger at the Baghdad Zoo."