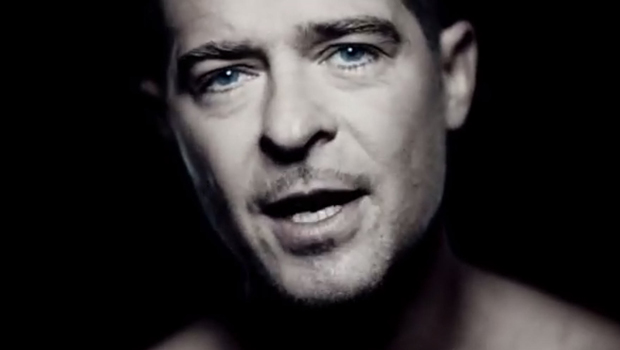 Robin Thicke has just taken his (very) public quest to woo back estranged wife Paula Patton to a whole other level.

The singer, who has dedicated songs to and named his latest album after Patton since they split in February, unveiled the music video for his song "Get Her Back" on Monday, and it includes what looks like very private text messages exchanged by the former couple.

"You embarrassed me." "I can't make love to you anymore." "I hate myself." "I wrote a whole album about you." Those are just some of the messages that appear on-screen -- and there are plenty of others. Too much information? You can't help but wonder if Patton thinks so.

The song is off Thicke's new album, titled "Paula." Watch it below: