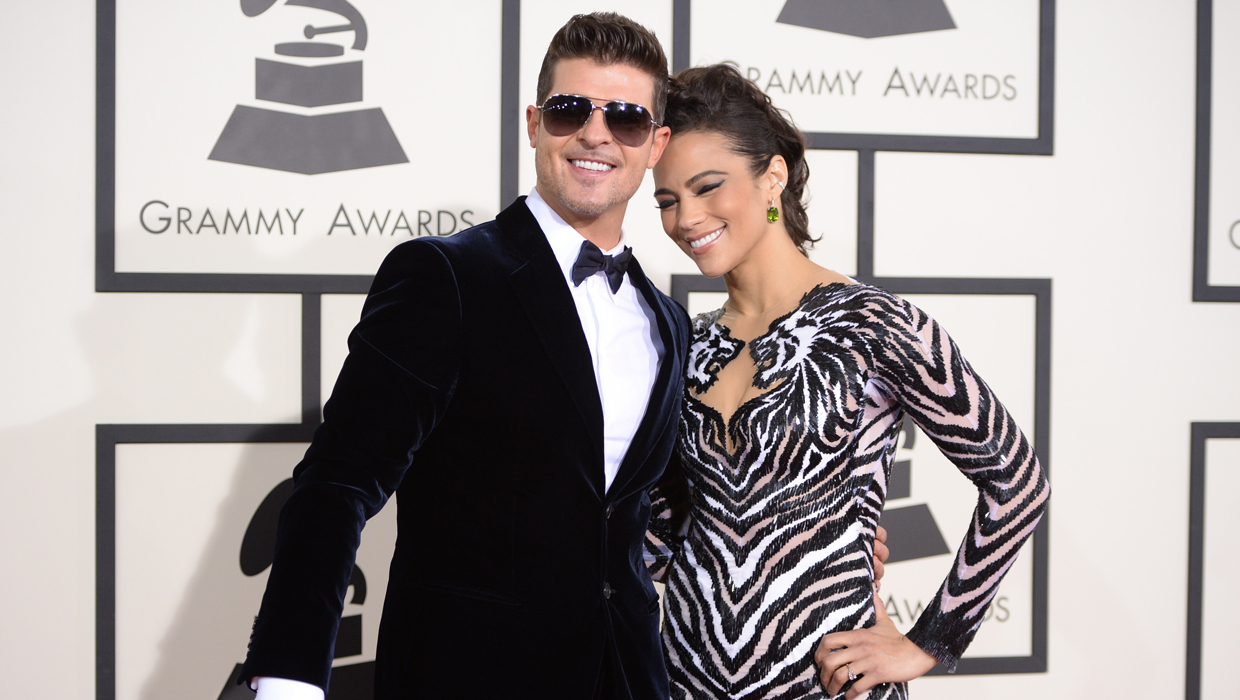 Robin Thicke is pulling out all the stops as he tries to win back Paula Patton.

The "Blurred Lines" singer is naming his upcoming album "Paula" after his estranged wife, his rep confirmed to Us Weekly on Thursday.

That album, due out July 1, will include the single "Get Her Back," which Thicke debuted at the Billboard Music Awards last month.

Thicke, 37, and Patton, 38, separated in February after nine years of marriage. They have a 3-year-old son, Julian.

The singer has publicly appealed for Patton to take him back. Days after announcing their split, he dedicated a song to her at one of his concerts, telling the crowd, "For y'all that don't know, me and my wife separated but I'm trying to get my girl back."

Patton, for her part, recently told Vanity Fair there is a "deep love" between her and Thicke.

"We've known each other since we were teenagers," she said. "All I can tell you is there's a deep love there -- always was, and always will be. He wasn't my first kiss, but he was my first lots of other things."