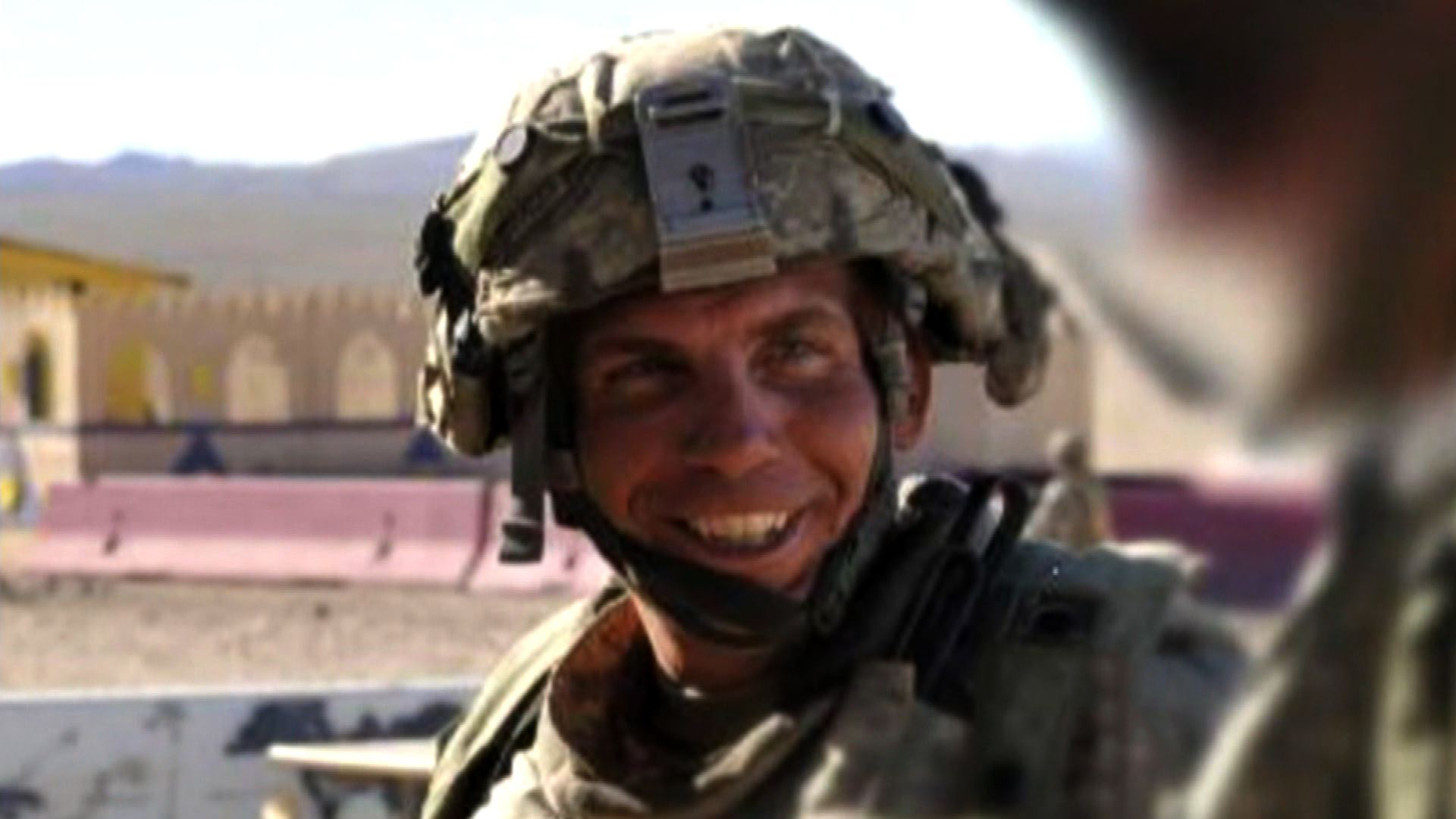 Army Staff Sgt. Robert Bales, who has admitted to the murder of 16 civilians during a pair of solo nighttime raids in Afghanistan, was on Friday sentenced to life in prison without parole at Joint Base Lewis-McChord in Washington state.

Bales pleaded guilty in June to avoid the death penalty. He had hoped a military jury would allow for the possibility that he would be paroled and spend at least part of the rest of his life as a free man. Bales apologized on Thursday for his actions from the witness stand.

The jury heard horrifying testimony from nine Afghans flown in for the trial, including from Haji Mohammad Wazir, who lost six of seven children as well as his wife and mother. When the attacks are discussed, said the Wazir, "I feel the same, like it's happening right now." One witness testified to having seen a dead infant with a boot-print on her face.

Bales went on a murderous rampage through two poor villages in Kandahar province last March. After the first attack, in a village called Alkozai, he returned to base and woke up another soldier, who he told about the attack. The soldier did not believe him and went back to sleep. He then left the base and attacked the second village.

Bales, who was armed with a pistol and an M-4 rifle, shot his victims, many of them women and children, often in front of family members or in their beds. Some of the corpses were set on fire.

Bales' attorneys had been expected to bring up a range of explanations for his actions. The 40-year-old Ohio native was on his fourth tour overseas, and his lawyers have said the soldier was suffering from post-traumatic stress disorder and a traumatic brain injury.

But his lawyers opted not to offer testimony from doctors, saying that it would just lead to a back-and-forth between experts. Instead, there was testimony from Bales himself as well as his older brother, who spoke of Bales' childhood, which included having served as a high school class president, and Bales' decision to enter the military after the Sept. 11 terror attacks. Other soldiers testified in favor of Bales' character.

In his testimony, Bales called the killings an "act of cowardice, behind a mask of fear, bulls--- and bravado." He said he can't comprehend the loss suffered by the families of those killed, saying, "I think about it every time I look at my kids." Bales added that he was upset with himself over his anger and his excessive drinking.

Afghans have expressed outrage that Bales is not being put to death, and some called for him to be tried in Afghanistan. The brother of Mohammad Daud, who was slain in the massacre, told CBS News that not putting Bales to death shows that "America is encouraging its soldiers to kill Afghan people, destroy and torch their houses, then come to America (and receive) a Medal of Honor."

The massacre prompted angry protests in Afghanistan and the temporary suspension of U.S. combat operations. Villagers told CBS News that families of the victims were paid a total of about $700,000.