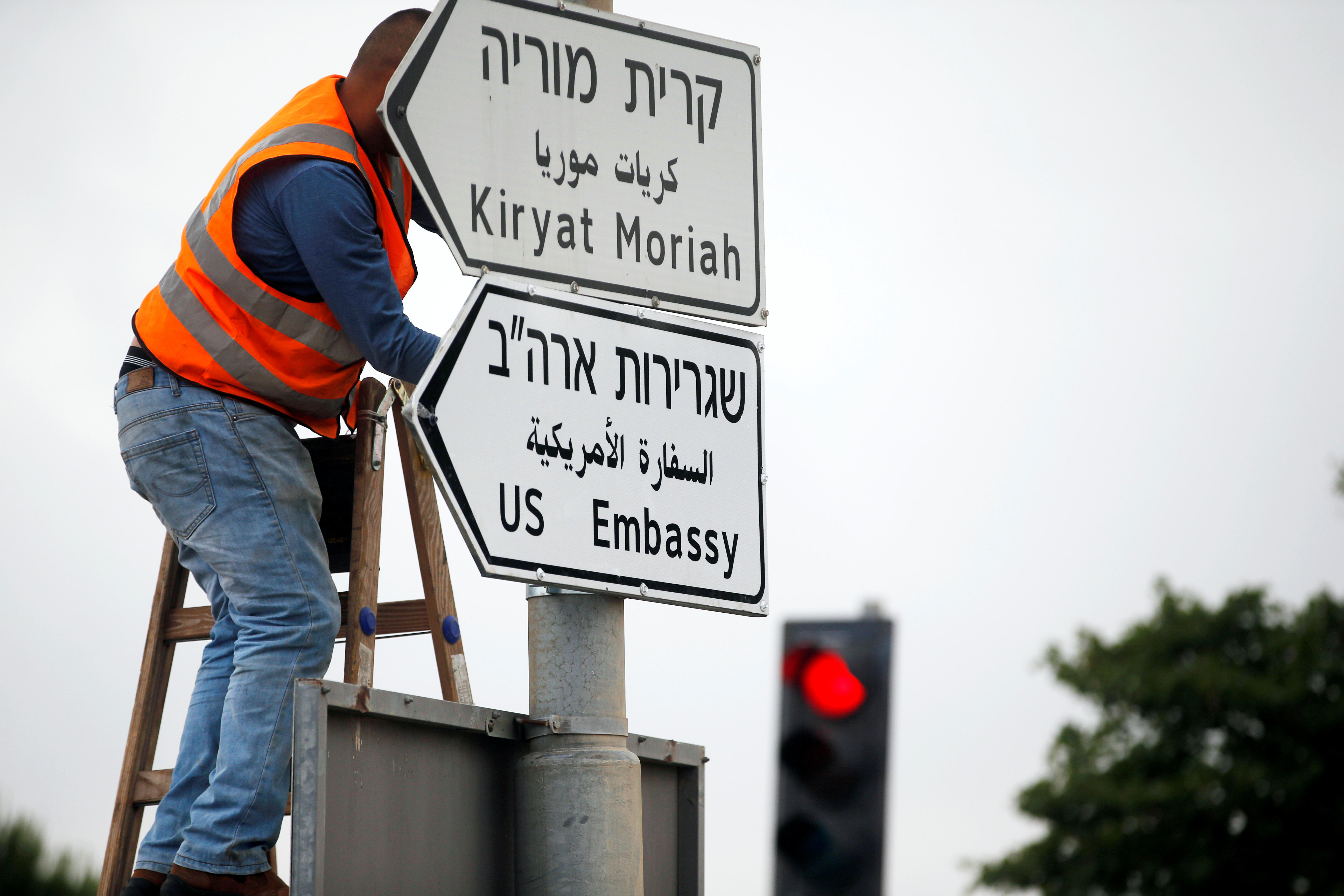 Jerusalem's city hall says it has put up road signs pointing to the new U.S. Embassy, which is set to move to the contested city next week.

Mayor Nir Barkat placed the first signs on Monday in the southern Jerusalem neighborhood where the embassy is to be located. According to a picture sent by Barkat's office, the white signs read "U.S. Embassy" in English, Hebrew and Arabic.

The new U.S. Embassy in Jerusalem is to be opened on May 14 with a huge American delegation expected to attend, perhaps including President Donald Trump.

Israel claims the entire city as its eternal capital. The Palestinians seek the eastern sector as capital of their hoped-for state.