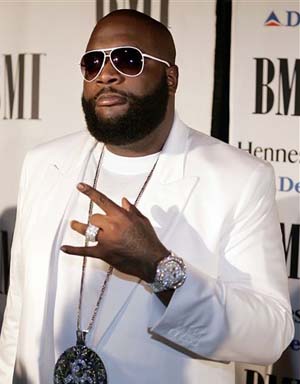 (CBS/AP) SHREVEPORT, La. - Rapper Rick Ross was a correctional officer before he hit it big in hip-hop. Now Ross is on the other side of the law after being arrested for marijuana possession in Louisiana.

Roberts, known for such albums as "Teflon Don" and "Deeper Than Rap," was arrested after police responded to a complaint about the smell of marijuana at the Hilton Hotel.

Upon checking, Goodin said police confiscated 1 gram of what investigators believed to be marijuana.

Louisiana has some of the harshest marijuana laws in the nation, and the hip-hop star could face up to six months in prison.

An official with the rapper's record label did not immediately respond to an email seeking comment.