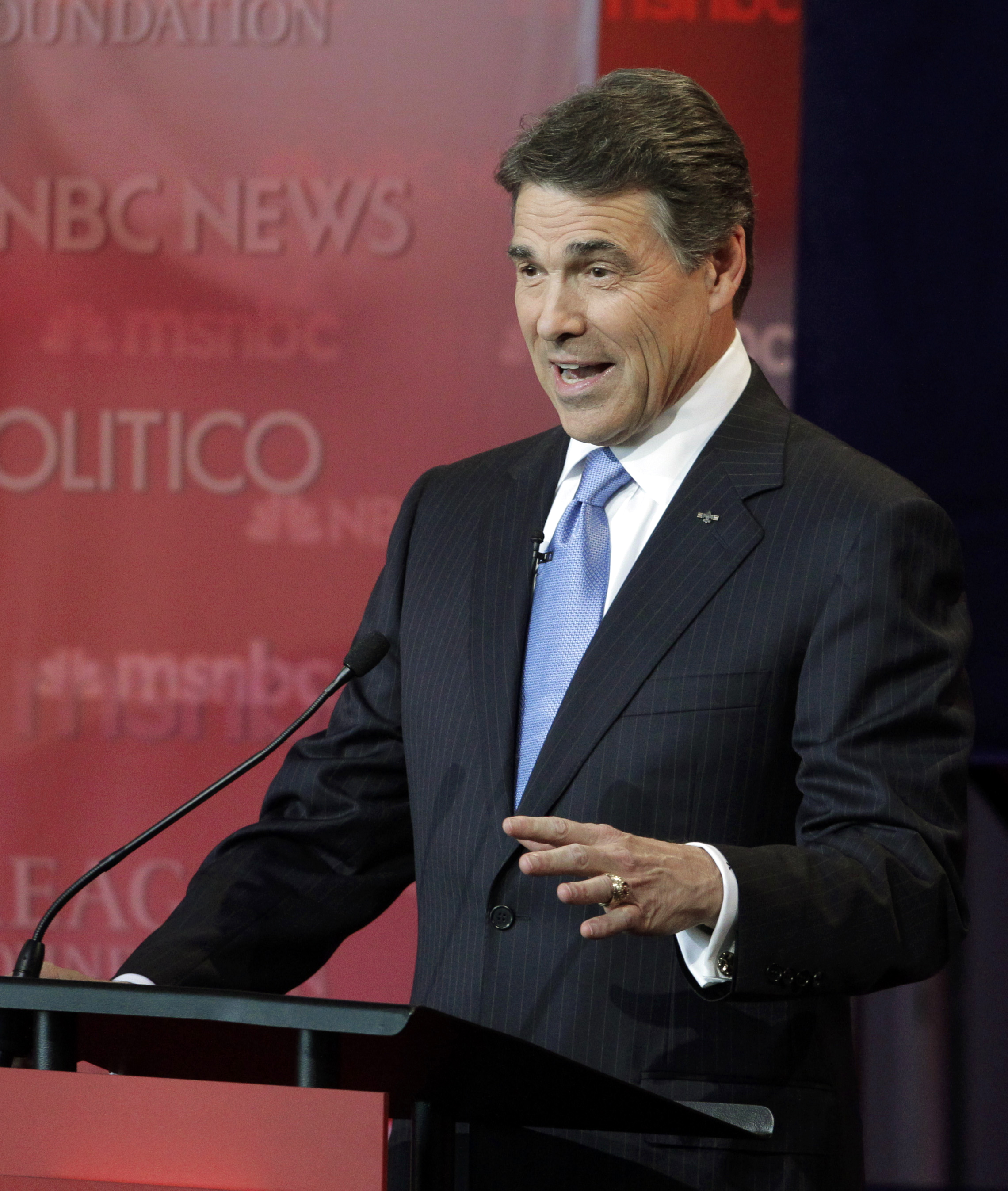 In spite of warnings from his fellow Republicans that calling Social Security a "Ponzi scheme" would be polarizing in the presidential contest, presidential candidate and Texas Gov. Rick Perry on Wednesday stood by his remarks.

"You cannot keep the status quo in place and call it anything other than a Ponzi scheme," Perry said at a Republican debate in California. Acknowledging that several have called his remarks controversial, he added, "Maybe it's time to have some provocative language in this country."

Perry called the popular federal program a Ponzi scheme in his 2010 book "Fed Up!" and his views have come under scrutiny since he entered the presidential race last month. Most recently, Republican strategist Karl Rove said Perry's take on Social Security will prove "toxic" in the 2012 election. Former Vice President Dick Cheney also said recently it was inaccurate to call the program a Ponzi scheme.

The Texas governor pushed back against both Bush administration officials.

"You know, Karl has been over the top for a long time in some of his remarks, so I'm not responsible for Karl," he said. He added, "If Vice President Cheney or anyone else says the program we have in place today [is sound]... that is just a lie."

Presidential candidate and former Massachusetts Gov. Mitt Romney was ready to attack Perry's stance, issuing a release to the media with a list of statements from Perry criticizing Social Security.

"Our nominee has to be someone who isn't committed to abolishing Social Security but to saving Social Security," Romney said in the debate. "We keep the program and we make it financially secure... Under no circumstances would I ever stay by any measure it's a failure. We've got to keep it working."