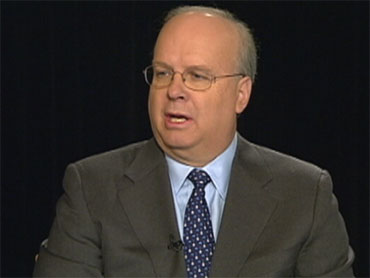 Republican strategist Karl Rove says Texas Gov. Rick Perry's controversial take on Social Security will prove "toxic" in the 2012 election - and finding a way to "deal with these things" will be his biggest challenge in the race for the Republican nomination.

Rove, a longtime adviser to former president George W. Bush, told ABC News' George Stephanopoulos Wednesday that Perry would need to come up with a more adequate response to a series of unusual - and by many counts, extreme - statements he made in his 2010 book "Fed Up!"

In the book, Perry blasted Social Security as a "ponzi scheme" and questioned the merits of the 16th and 17th Amendments.

"You know how much trouble that can be for a Republican candidate in a general election," Stephanopoulos asked Rove, "so how does he handle it and must he disavow some of these statements in the book?"

Rove said the Perry camp's defense of the statements had thus far been "inadequate" to quell further trouble later down the road.

"What they've done thus far is, I think, inadequate. Which is to basically say, 'look, we didn't write the book with the presidential campaign in mind,'" Rove said. "Well, okay, fine. But they are going to have to find a way to deal with these things."

"Because, as you say, they are toxic in a general election environment and they are also toxic in a Republican primary," he continued. "If you say Social Security is a failure and ought to be replaced by a state-level program, then people are going to say: 'What do you mean by that?' and make a judgment based on your answer to it."

Perry had initially tiptoed away from his comments on Social Security, but has recently reiterated the claim that the program is a "Ponzi scheme" - as well as a "monstrous lie."

"We need to have a conversation with Ameica, just like we're having right here today, and admit that t is a Ponzi scheme for these young people," Perry said, of Social Security, in remarks captured on video by ThinkProgress on August 28th. "The idea that they're working and paying into Social Security today, that the current program, it's going to be there for them, is a lie," Perry said. "It is a monstrous lie on this generation, and we can't do that to them."

According to Rove, Perry's comments will be "his greatest challenge" in the elction.