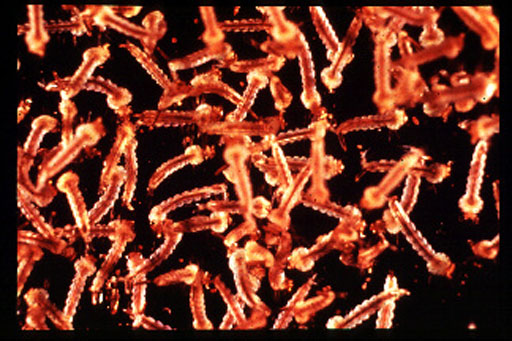 Two more interesting campaign ads have surfaced over the weekend that we thought you may want to see. The first is from Rick Barber, a Tea Party-affiliated candidate who is in a runoff next month against Martha Roby to take on Democratic Rep. Rep. Bobby Bright in Alabama's second congressional district.

Barber is no stranger to making such headline-grabbing spots. Earlier this month, Barber released his, now famous, "Gather Your Armies" ad, in which he angrily tells men dressed as America's Founding Fathers that Americans are being taxed without representation.

In his latest spot (view above at left), Barber carries on this theme of talking to dead American icons and spends most of his time speaking with Abraham Lincoln (although George Washington does make an appearance).

"Hey Abe, if someone is forced to work for months to pay taxes so that a total stranger could get a free meal, medical procedure, or a bailout, what's that called?" Barber asks Lincoln. He then continues, raising his voice for effect, "What's it called when one man is forced to work for another."

To this, the actor portraying Lincoln dramatically responds, "Slavery" -- a response that is followed by several images relating to slavery, including one of a Nazi concentration camp.

"We shed a lot blood to stop that in the past didn't we? Now look at us, we're all becoming slaves to our government," Barber says. "Don't be afraid to fight for freedom... join our army of voters on July 14th."

The video also contains "special Internet bonus features" from the campaign which follow the ad -- including a rendition of the often overlooked verses of the Star Spangled Banner accompanied by iconic images from America's history. At the very end, there is a cameo from Dale Peterson, who you might remember for this memorable ad in his failed GOP primary campaign for Alabama agriculture commissioner (Peterson alsors in the a briefly appead itself).

The second must-see ad (view at left) is from Pamela Gorman, a Republican candidate in the race for Arizona's third congressional district -- she is currently facing several candidates in the Republican primary to fill the seat now held by GOP Rep. John Shadegg, who is retiring. The 40-second spot highlights Gorman's conservativeness and incorporates a number of clips of her shooting off various guns.

The ad begins with a voiceover saying, "This year a lot of folks think that this is our best shot at changing Congress. Of course, that all depends on the caliber of our candidates," which is followed by footage of Gorman shooting a number of rounds from a Tommy Gun.

The ad goes on to call Gorman a "Conservative Christian and a pretty fair shot," and also mentions that she was given a 100 percent rating by the National Rifle Association.

To wrap things up, the ad throws in one more gun pun saying, "Conservative Pamela Gordon is always right on target" and ends with more footage of Gorman shooting.