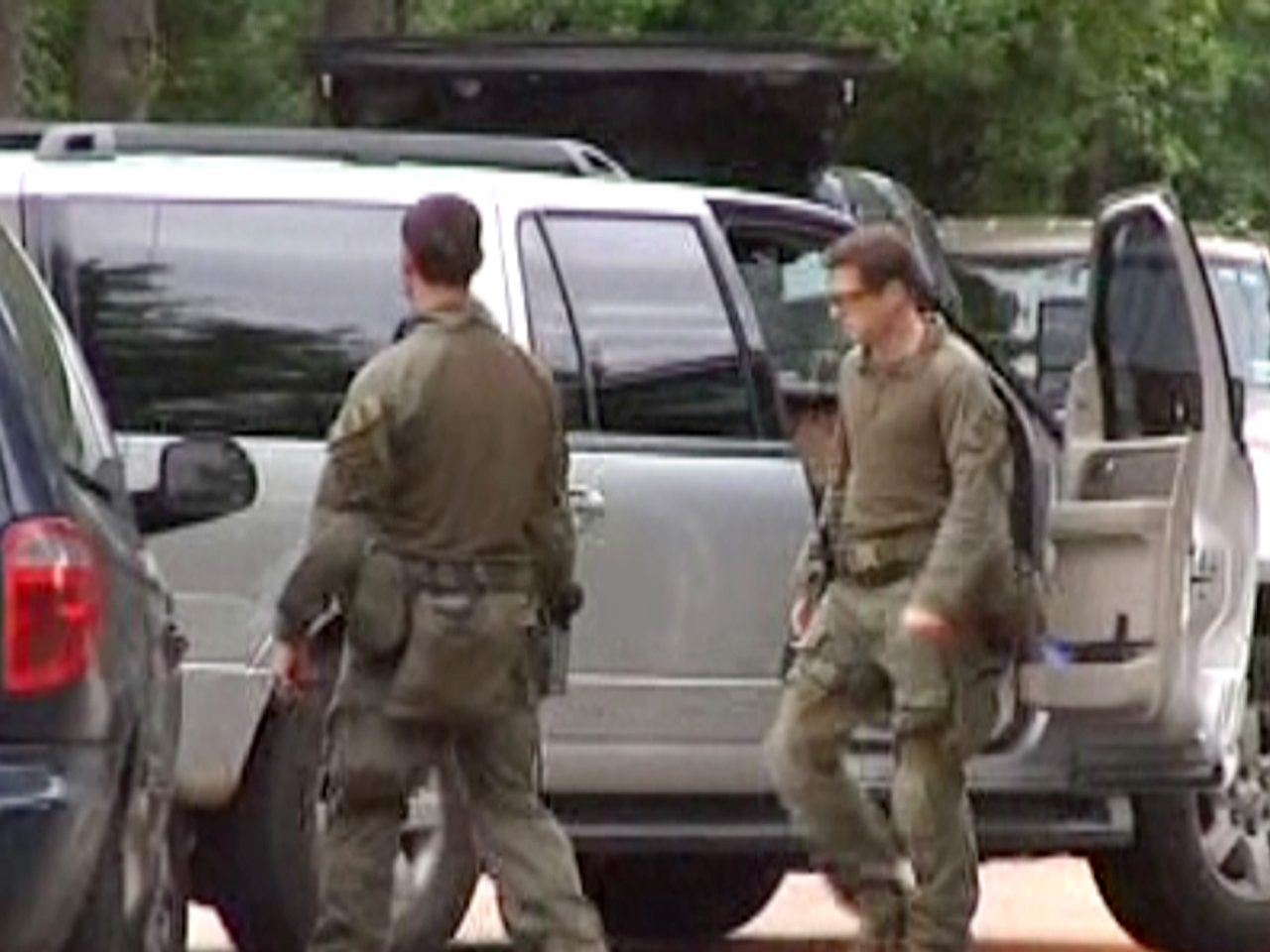 A Texas man was identified as a person of interest Thursday in the investigation into threatening letters sent to New York City Mayor Michael Bloomberg, which contained the deadly toxin ricin, and to President Obama, which is being tested for the poison, sources told CBS News.

The man is not under arrest. Sources told CBS News the person was questioned by the FBI in Texarkana, Texas.

The Secret Service said Thursday that a suspicious letter addressed to Mr. Obama and intercepted before reaching the White House was similar to two threatening letters laced with the toxic poison that were sent to Bloomberg and his gun-control-advocacy group in Washington.

"You will have to kill me and my family before you get my guns. Anyone wants to come to my house will get shot in the face. The right to bear arms is my constitutional, God-given right and I will exercise that right till the day I die. What's in this letter is nothing compared to what I've got planned for you."

All three letters were postmarked May 20 from Shreveport, Orr reports. Shreveport is about an hour-and-a-half-long drive away from New Boston.

The developments come as yet another ricin-laced letter became known Thursday, mailed to Mr. Obama from Spokane, Wash., the FBI said. Authorities arrested a man May 22 in Spokane in connection with that letter, which was intercepted the same day.

It wasn't immediately clear whether the Shreveport-postmarked letter sent to Mr. Obama contained ricin. It was turned over to the FBI's Joint Terrorism Task Force for testing and investigation.

The two Bloomberg letters, opened Friday in New York and Sunday in Washington, contained an oily pinkish-orange substance that tested positive for the toxin.

New York Police Department Commissioner Raymond Kelly said Thursday the same machine or computer had produced the two letters to Bloomberg and the similar one to the president and that they may be identical. He referred specific questions to the FBI.

The FBI said in a statement that field tests on the letters were consistent with the presence of a biological agent, and the letters were turned over to an accredited laboratory for the kind of thorough analysis that is needed to verify a tentative finding. "More letters may be received," the statement said, without elaboration.

Bloomberg has emerged as one of the country's most important gun-control advocates, able to press his case with both his public position and his private money.

The New York letter was opened at the city's mail facility in Manhattan in a biochemical containment box, which is a part of the screening process for mayor's office mail.

"In terms of the processes and procedures that are in place now, we think they worked," Kelly said. "This is sort of an effect of the post-9/11 world that we live in that these checks and facilities are in place and the system worked."

The second letter was opened Sunday by Mark Glaze, director of Mayors Against Illegal Guns, the Washington-based nonprofit Bloomberg started.

The postal workers union, citing information it got in a Postal Service briefing, said the letters bore a Shreveport, La., postmark.

Louisiana State Police spokeswoman Julie Lewis said state authorities have deferred to the FBI and have not opened an investigation. The Shreveport postal center handles mail from Louisiana, Texas and Arkansas, so the letter could have come from any of those states, Lewis said.

The people who initially came into contact with the letters showed no symptoms of exposure to the poison, but three officers who later examined the New York letter experienced minor symptoms that have since abated, police said. The mayor visited the mailroom on Thursday but made no public comments on the topic.

On Wednesday, he said he didn't know why they were sent.

One of the letters "obviously referred to our anti-gun efforts, but there's 12,000 people that are going to get killed this year with guns and 19,000 that are going to commit suicide with guns, and we're not going to walk away from those efforts," said Bloomberg, adding that he didn't feel threatened.

According to the federal Centers for Disease Control and Prevention, ricin is a poison found naturally in castor beans. Symptoms can include difficulty breathing, vomiting and redness on the skin depending on how the affected person comes into contact with the poison.

The letters were the latest in a string of toxin-laced missives, but authorities would not say whether the letters to Bloomberg and Mr. Obama were believed to be linked to any other recent case.

In Washington state, a 37-year-old was charged last week with threatening to kill a federal judge in a letter that contained ricin. On Thursday, the FBI said a suspicious letter containing ricin was mailed to Mr. Obama from Spokane on the same day similar ricin-tainted letters were mailed to the judge and to a post office. A fourth letter, sent to nearby Fairchild Air Force Base, continues to undergo testing, officials said.

About a month earlier, letters containing the substance were addressed to Mr. Obama, a U.S. senator and a Mississippi judge. One of the letters postmarked in Memphis, Tenn., was traced back to Tupelo, Miss., and a Mississippi man was arrested.

Bloomberg and Boston Mayor Thomas Menino founded Mayors Against Illegal Guns, which now counts more than 700 mayors nationwide as members. It lobbies federal and state lawmakers, and it aired a spate of television ads this year urging Congress to expand background checks and pass other gun-control measures after the school shooting in Newtown, Conn. The background check proposal failed in a Senate vote in April, and other measures gun-control advocates wanted — including a ban on sales of military-style assault weapons — have stalled.

Separately, Bloomberg also has made political donations to candidates who share his desire for tougher gun restrictions. His super PAC, Independence USA, put $2.2 million into a Democratic primary this winter for a congressional seat in Illinois, for example. Bloomberg's choice, former state lawmaker Robin Kelly, won.