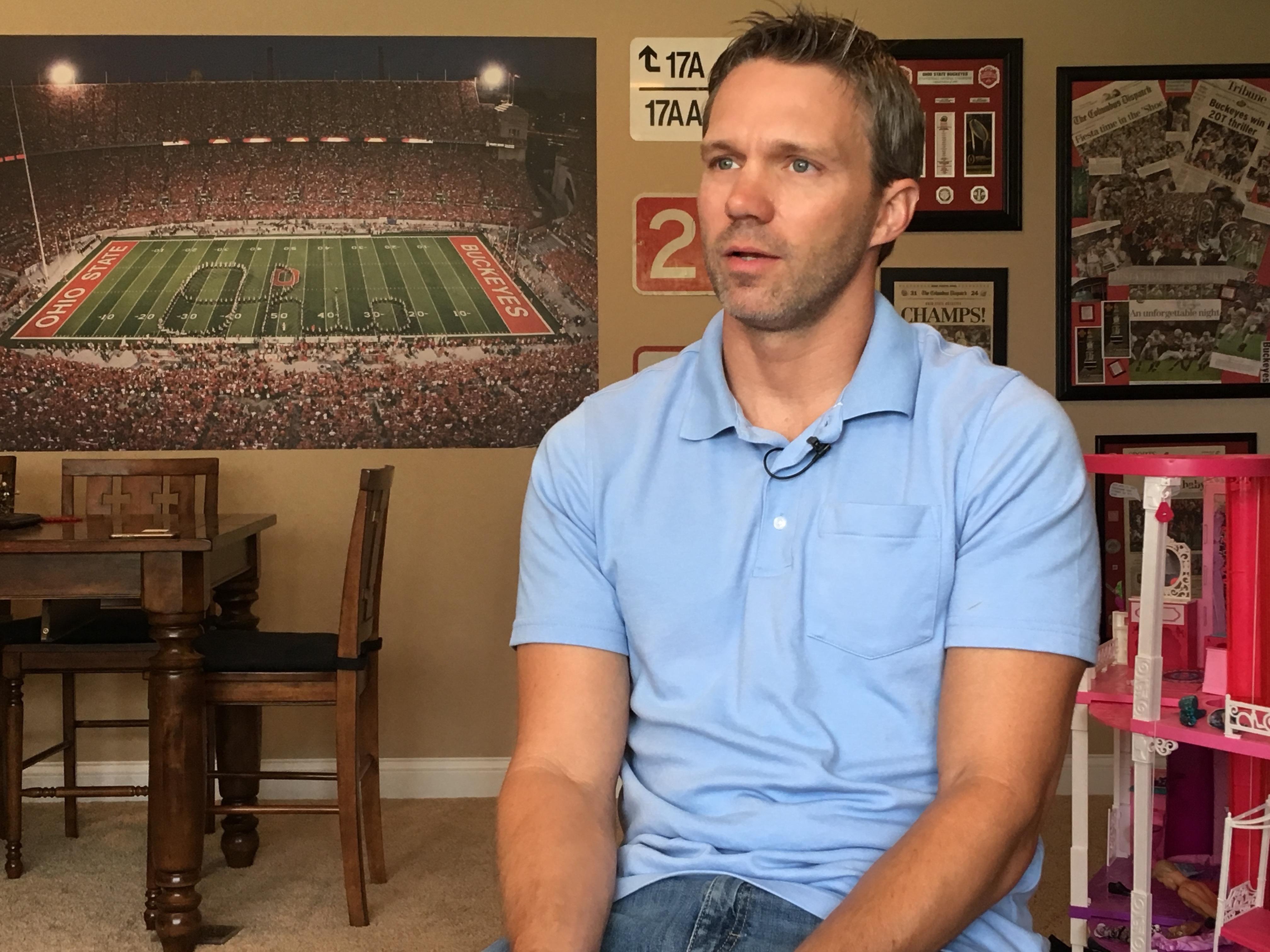 In interviews with The Associated Press in recent weeks, seven former athletes and a former nursing student shared detailed allegations of sexual misconduct dating back to the 1970s against the doctor, who killed himself in 2005 at age 67 and is only now under investigation.

The eight men, including three who didn't want their names made public, say they want to see anyone who ignored concerns about Strauss held accountable and hope to make sure something similar doesn't happen to others.

They described how Strauss fondled them during medical exams and ogled naked young men, sometimes showering among athletes multiple times a day for no apparent reason or perching himself on a stool to stare. Some said Strauss groped them barehanded during physicals, had them drop their pants even while examining them for a cough or heartburn, and badgered students to go home with him.

Two of the athletes who spoke to the AP say Strauss wasn't stopped even after they complained - one to a coach and another to a school physician.

Former wrestling team captain Dave Mulvin said he raised concerns in the late 1970s, when Strauss fondled him during an exam that Mulvin abruptly ended, telling the doctor his behavior was "weird." Mulvin said he went to the student health center to finish the exam and complained about Strauss to another doctor, who shrugged it off.

Some athletes saw it as the price of getting medicine or treatment. Nick Nutter, an All-American wrestler in the 1990s, said he constantly did a calculation before deciding whether to see Strauss: "Is this injury bad enough that I'm going to get molested for it?"

Strauss described the fondling as just "doing his job," said ex-wrestler Denyasha Yetts. Yetts said he complained about Strauss to his coach after being groped during three exams, and the coach, Russ Hellickson, told the doctor to stop such behavior.

Other wrestlers said Hellickson, who coached at Ohio State for two decades starting in 1986, expressed concerns to a Larkins Hall administrator about voyeurism at the recreation and training center, where they said Strauss and other older male faculty members and university employees were known to go to leer at athletes in the locker rooms, showers and sauna.

Hellickson said in a statement that he never ignored abuse of wrestlers. And former assistant coach Jim Jordan, now a powerful Republican congressman from Ohio, has insisted he was never aware of any abuse.

"Congressman Jordan never saw any abuse, never heard about any abuse, and never had any abuse reported to him during his time as a coach at Ohio State," a Jordan spokesman told CBS News.

Jordan himself also rejected the allegations. "We knew of no abuse. Never heard of abuse. If we had, we would have reported it," he said Wednesday.

Yetts was convicted of fraud over an investment scheme, and DiSabato has been involved in legal disputes with the university over business matters, but they said none of that has any bearing on their allegations or their credibility.

DiSabato said he never spoke up about Strauss while he was at the university because he didn't recognize it as abuse and because he didn't want to jeopardize his wrestling career. He said Strauss' behavior was an open secret among wrestlers, who would snicker when a new teammate headed into his first exam with Strauss.

Independent investigators are reviewing allegations against Strauss by men from 14 sports and are also looking into his work for student health services and at his off-campus medical clinic.

Ohio State says more than 150 former athletes and witnesses have been interviewed so far, and the school has urged anyone with information to contact the investigators from the Seattle-based law firm Perkins Coie.

The university said in a statement Thursday that it is "focused on uncovering what may have happened during this era, what university leaders at the time may have known, and whether any response at the time was appropriate."

"We remain steadfastly committed to uncovering the truth," it added.

The case has powerful echoes of the scandal involving former sports doctor Larry Nassar, who sexually abused hundreds of girls and women while he worked for Michigan State University and USA Gymnastics. Michigan State recently agreed to a $500 million settlement, and Nassar has been sent to prison for the rest of his days.

No one has publicly defended Strauss since the investigation began, and relatives haven't responded to messages left by the AP.

Strauss joined Ohio State in 1978 and was on the faculty and medical staff. He earned tenure, published a variety of research and was selected to test Olympic athletes for illegal drug use during the 1984 Summer Games in Los Angeles. He retired as a professor in 1998.

In April, the university announced that an investigation of Strauss had been opened after it learned of allegations of sexual misconduct.

The 228 pages of Strauss' employment records released by Ohio State offer no clues the university was aware of any sexual misconduct. The file includes letters from high-ranking university officials congratulating the doctor for various appointments and tenure.

The allegations raised about him aren't limited to his activities on campus.

Nutter said he once contracted poison ivy on his genitals from doing work outdoors, and the pain was so bad that he reluctantly made a late-night call to Strauss, who told him to come to his home. He said Strauss had him lie naked in a candlelit bedroom with photos of unclothed men on the walls and groped him for several minutes.

A former nursing student, Brian Garrett, said he briefly did administrative work for Strauss' off-campus men's clinic in the mid-1990s but stopped after witnessing abuse by Strauss and then experiencing it himself. Garrett said Strauss had him stand nearby during one exam as Strauss fondled a patient to orgasm.

Later, during the same shift, Garrett said, Strauss asked him if he had any ailments that needed checking, and Garrett said he had heartburn. He said Strauss started to examine him, unbuttoned Garrett's pants, and groped the stunned employee for several minutes.

"Then I just pulled up my pants, and I can't believe this just happened," Garrett said. "I just had heartburn."

Garrett said he wants to know whether Ohio State officials knew about Strauss' misconduct and failed to intervene. "A guy doesn't touch - inappropriately - hundreds of people and somebody doesn't know about it," he said.

Who knew what and when is part of what the investigators are looking into.

Among the former athletes they have talked to is George Pardos, who wrestled from 1988 to 1993. He said he wasn't aware of such allegations against Strauss until reading recent news reports.

"I'm not saying it didn't happen. I wasn't in the room," Pardos said. But "he didn't touch me inappropriately."