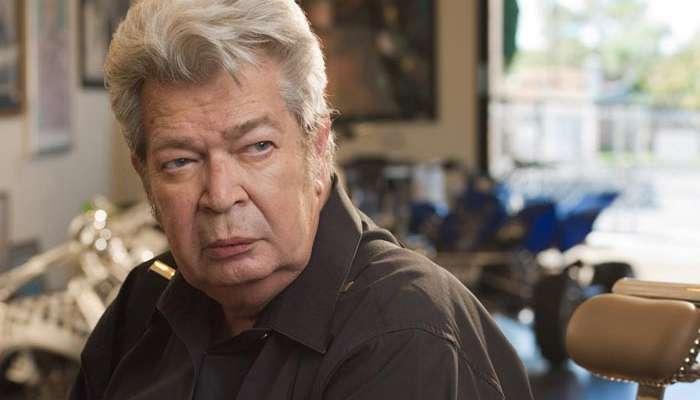 Richard Benjamin Harrison, best known as "The Old Man" on the History Channel's "Pawn Stars," has died at 77. Rick Harrison's Gold & Silver Pawn announced on its Facebook page that he passed away Monday morning. It said he was "surrounded by loving family this past weekend and went peacefully."

The pawn shop wrote on Facebook, "The team at Gold & Silver Pawn and the Pawn Stars family is grieving his loss. He will be remembered as the best father, grandfather and great-grandfather you could have by his family and by fans as the sometimes grumpy (always loving, however), often wisecracking, and voice of absolute reason on the History television show 'Pawn Stars.'"

The statement did not give a cause of death. Harrison moved to Las Vegas in the early 1980s and ran the Gold & Silver Pawn shop with his son, Rick. "Pawn Stars" has been on air since 2009 and followed the people of Gold & Silver Pawn and the Harrison family.

Harrison was a Navy veteran and frequently talked about his service on the show.

The History Channel confirmed his death and tweeted, "We are deeply saddened by the loss of our friend Richard 'The Old Man' Harrison, a beloved member of the HISTORY and @pawnstars family. He will be greatly missed for his wisdom and candor. Our thoughts are with the Harrison family during this difficult time."