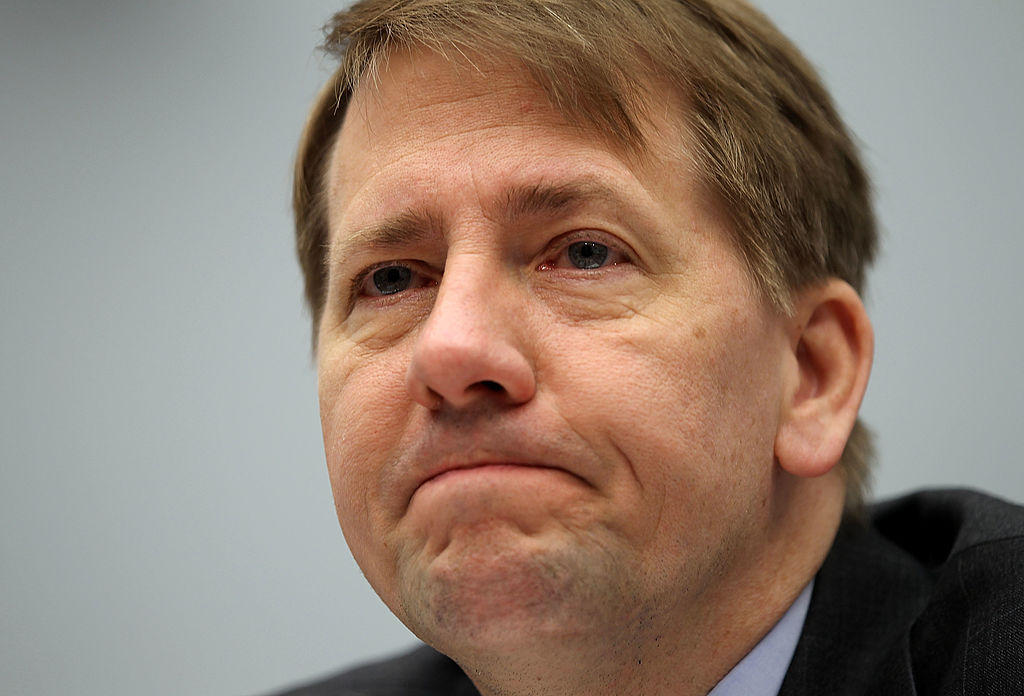 Even so, it helps if the consumer has someone watching his or her back.

CBS News correspondent Erin Moriarty has been talking to the embattled head of the federal agency that's trying to do just that.

Richard Cordray has been called one of the most powerful men in Washington. And that comes with a price.

"What I feel is that we need an independent consumer watchdog," Cordray said. "You have regular people who have problems with big financial companies. How do they get relief? And you need somebody who's gonna stand on their side and level the playing field for them."

Cordray is a former attorney general of Ohio, a University of Chicago-educated lawyer, and thanks to an exceptional gift of recall, he's a five-time Jeopardy winner. But he raised the hackles of some in Washington when President Barack Obama appointed him director of the Consumer Financial Protection Bureau (CFPB).

He's been rebuked, criticized and insulted on Capitol Hill.

"I've been given a job to do," Cordray said. "It's a great job. It's a great way to serve my country. We're trying to improve the consumer financial marketplace one American at a time."

The CFPB was created in 2010 as part of legislation designed to rein in Wall Street. It was first proposed by Elizabeth Warren, a Harvard professor at the time who hoped that a single independent federal agency regulating consumer lenders would prevent the kind of practices that led to the Great Recession of 2008.

"We cover banks, we cover auto lenders, we cover mortgage lenders," Cordray said. "Nobody was singularly focused on that before the financial crisis. And it was a gap and a blind spot. And it cost this country terribly."

In less than six years, Cordray has turned the fledgling agency into a regulatory powerhouse, rewriting lending regulations and bringing enforcement actions against some of the biggest financial institutions in the country, including Wells Fargo, Citibank and Bank of America.

But some members of Congress say Cordray has gone too far.

"We now have one unelected, one unaccountable individual who essentially gets to determine what mortgages we have, what credit cards we have, bank loans we get," the Republican chairman of the House Financial Services Committee, Texas Rep. Jeb Hensarling, said. "In a democracy, no one person should have that much power."

Outside of Washington, people like Harry Booras see it differently.

"The bureau is needed and it needs to be strengthened, not weakened," Booras said. "And it needs to protect people that can't look out for themselves."

Booras contacted the bureau's complaint center in 2011, concerned about a used car loan his 19-year-old son had gotten after joining the Army.

"He picked me up at the airport in his big Dodge truck, like a Dodge Ram Quad, you know, cabin, and you know, really big truck," Booras said. "I noticed that he was completely broke. He didn't have money to eat."

"They were gonna teach soldiers how to buy an automobile in a responsible way, you know, so it was not more than they could afford," he said. "Because the monthly car payment was deducted directly from his Army paycheck, Ari mistakenly assumed his loan was part of a government program."

"You go into a dealership too and they have pictures of, like, the post commander and all these battalion commanders in full uniform, shaking the hands of the car dealer," Ari said. "So, I honestly thought it was like a legit thing."

The dealer persuaded the teenage soldier to buy an expensive extended warranty and offered him a car loan with 18.5 percent interest. In the end, Ari had unwittingly agreed to pay three times the blue book value of the truck over the lifetime of the contract.

"I'm not saying he was right, but they were wrong to allow things like that to happen," Booras said.

Booras got his son out of the loan and the bureau got refunds for Ari's and 50,000 other members of the military who had signed up for similar overpriced loans.

"I met two of his friends who had also done the same thing," Booras said. "Incidentally, one of them had asked to go to Iraq or Afghanistan just to get the hazard pay to pay his car loan."

Since its inception, the bureau has collected $12 billion in restitution and fines from financial institutions, earning it praise from consumer advocates like Rohit Chopra.

"We now have somebody who's actually kicking the tires and going into financial institutions to make sure they're actually following those laws," Chopra said.

But Hensarling argues that the bureau's actions have also hurt consumers, forcing some lenders out of business and making others less willing to make loans.

"You have law that is gray as opposed to black and white what happens is, as one banker told me, 'I'm just hunkering down in a foxhole and I'm not lending money because I am afraid of what the CFPB may do,'" Hensarling said.

To reduce regulations that he says stifle the economy, Hensarling is now pushing a bill called the Financial Choice Act that would restructure the bureau and strip it of much of its enforcement powers.

"I personally think it just goes back to the antipathy that fellow senators have and Congress people have for Elizabeth Warren," Cohen said. "This is her baby. She wanted to be head of it. I think they just want to zing her a little bit."

In June, Hensarling's bill passed its first hurdle in the House, despite strong opposition by consumer groups and concerned academics.

Christopher Peterson, a law professor at the University of Utah, and several of the letter writers met with Moriarty at Georgetown University.

"Even the Choice Act would not abolish the bureau," Patricia McCoy of Boston College said. "Instead, it would just leave it an empty husk."

"We all lived through the financial crisis," Kathleen Engel of Suffolk University Law School said. "And anybody studying the crisis understands that the failure of the federal regulators to protect consumers was the most important government failure that we have seen since the Great Depression."

"The bureau has been very careful and selective about its enforcement actions," Adam Levitin of Georgetown Law said. "It's gone after businesses where there's a close call. The cases it's brought have been really egregious behavior. That's why we're seeing settlements."

The battle now moves to the Senate and the federal courts where the CFPB has been challenged as unconstitutional. Despite speculation that Cordray may soon resign to run for governor of his home state of Ohio, his says his attention remains firmly on the American consumer.

"Making sure people are treated fairly in the marketplace," Cordray said. "That somebody stands on their side to see that that happens. That's our job. And we're gonna keep focusing on it."

Editor's Note: Some members of the panel of college professors and consumer advocates featured in this report also have previous work experience with or have served on advisory boards for the Consumer Financial Protection Bureau.