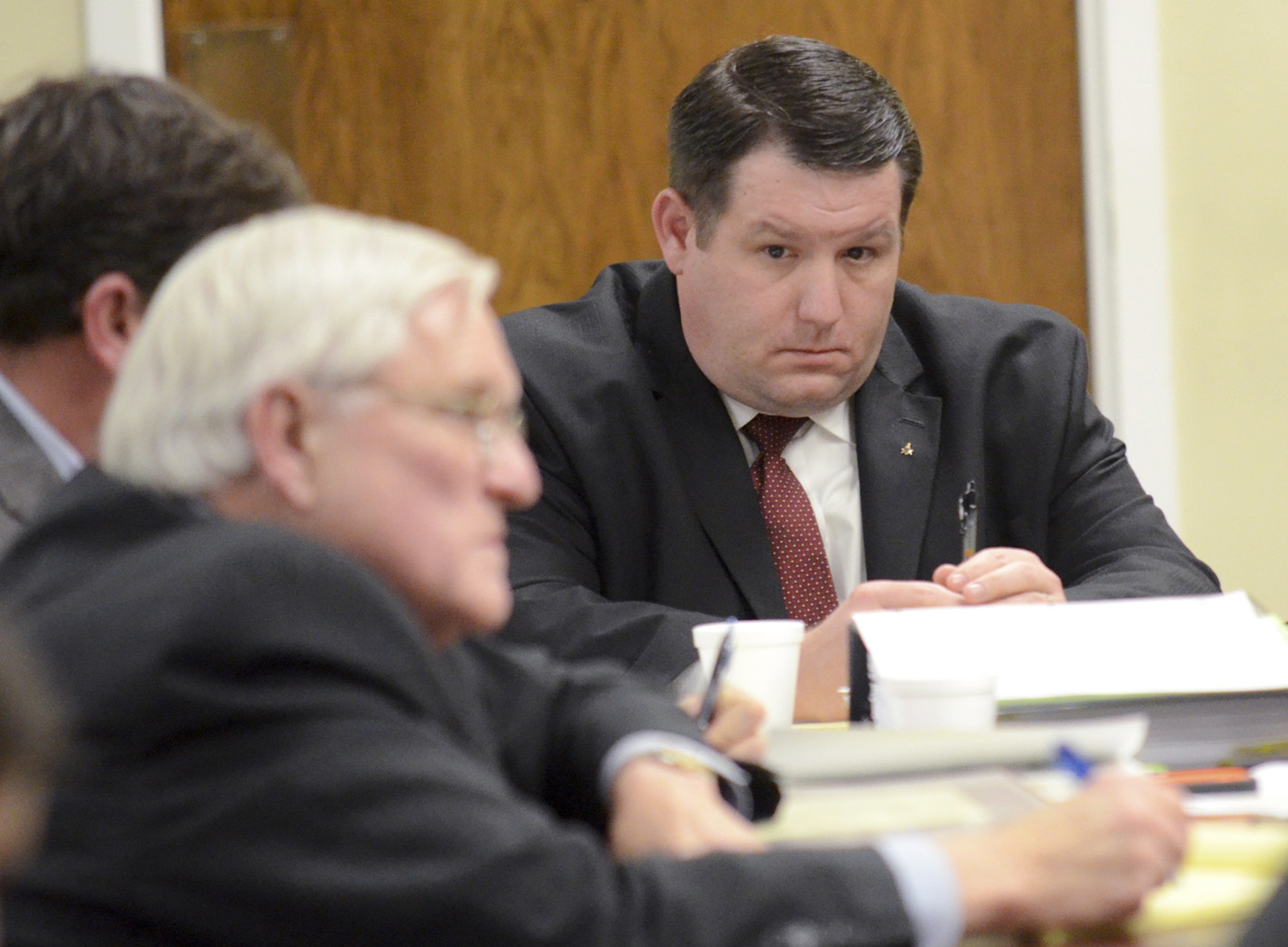 COLUMBIA, S.C. -- A white ex-police chief pleaded guilty Tuesday to misconduct in office in the 2011 shooting death of an unarmed black man and was sentenced to a year of home detention.

Prosecutors agreed to drop the murder charge against 38-year-old Richard Combs, the former police chief of the small town of Eutawville, in exchange for his guilty plea. Combs stood trial twice on the murder charge, but both cases ended with hung juries. He would have faced 30 years to life if convicted of murder.

Instead, he faced up to 10 years behind bars on the misconduct in office charge. Combs' lawyer said he decided to plead guilty to the lesser charge because he was emotionally and financially exhausted.

Authorities say Combs shot Walter Bailey in May 2011 as he tried to arrest him on an obstruction of justice charge weeks after he argued about his daughter's traffic ticket.

Prosecutors said the obstruction warrant was trumped up because Combs was angry that Bailey made him look bad on the side on the road.

When Bailey came to talk to the police chief at Eutawville Town Hall about the traffic ticket, Combs was not threatened and could have stepped away, but fired his weapon anyway, hitting Bailey three times, prosecutors said.

Defense attorneys said Combs feared for his life because he was leaning into Bailey's pickup and had just seconds to react. They said he had no pepper spray or a Taser, which left him no option but his gun.

Eutawville suspended Combs after the shooting and dismissed him several months later. The town reached a $400,000 wrongful death settlement with Bailey's family.

Eutawville is a town of 300 people 50 miles southeast of Columbia. Combs was the only police officer at the time of the shooting.

When Combs was indicted last December, the case drew comparisons to the shooting of a black man in Ferguson, Missouri, and the chokehold death of a black man by police officers in New York.

Since then, there have been other cases involving the deaths of unarmed black men during or following their arrests, including the April shooting of an unarmed black man by a North Charleston police officer and a black man who died in April of injuries received while in police custody in Baltimore.