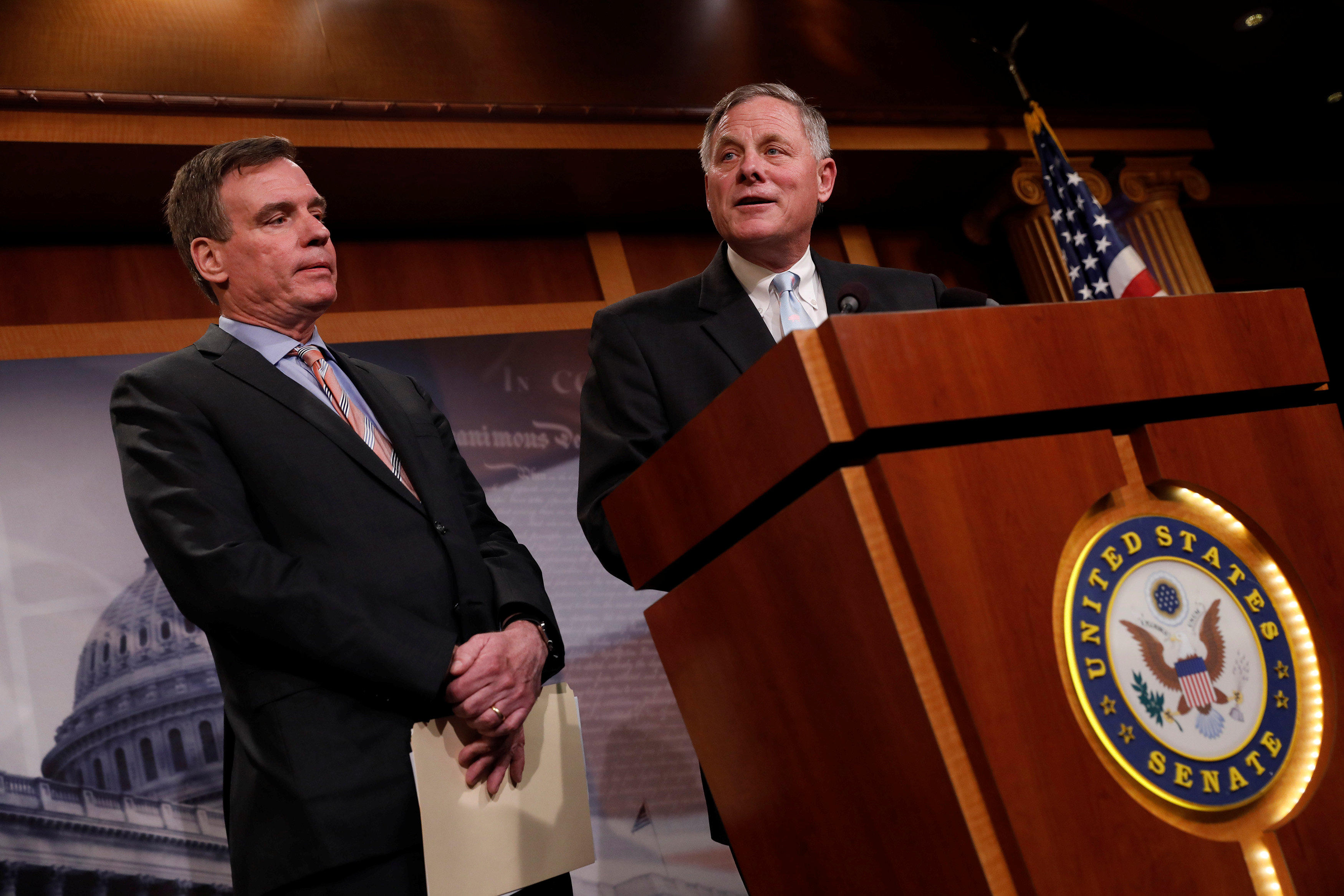 “This investigation’s scope will go wherever the intelligence leads it,” he said at a press conference at the Capitol Wednesday afternoon. “So it is absolutely crucial that every day we spend trying to separate fact from fiction and to find some intelligence thread that sends us to the factual side of all the names and all the places that you in this room have written about.”

Burr, appearing with vice chairman Mark Warner (D-Virginia), said the committee has received an “unprecedented amount of documents” relating to the investigation, noting that the staffers dedicated to reviewing them -- who are full-time staffers who previously had the necessary security clearance -- are sifting through “thousands” of documents.

The committee is “weeks away” from finishing its review of the related documents, Burr said, and it has requested interviews with 20 people, including White House senior adviser Jared Kushner, President Trump’s son-in-law.

Congressional investigations into Russia -- particularly the question of whether any Trump campaign associates were in touch with Russian officials -- has been at the center of the political conversation in Washington this week, as the chairman of the House Intelligence Committee, Rep. Devin Nunes, R-Calif., comes under fire over a secretive visit to White House grounds, where he examined alleged surveillance information he relayed to the president, but not to the Intelligence Committee. Since then, he and ranking member Rep. Adam Schiff, D-Calif., have been at odds.

Neither Burr nor Warner took questions about Nunes or the House investigation. Instead, standing side by side, the two spoke about their shared commitment to a fair and independent investigation, and noted that it may not happen as quickly as some people would like.

“We need to get this right,” Warner said. “...Getting it right is more important than getting it done quickly.”

Warner noted that Russia may have attempted to influence the 2016 election indirectly by having Russia-linked bots direct “fake news” stories at key swing states, including Michigan, Pennsylvania and Wisconsin.

“What we know today is a lot more than they knew in December when they went through this process,” Warner said.