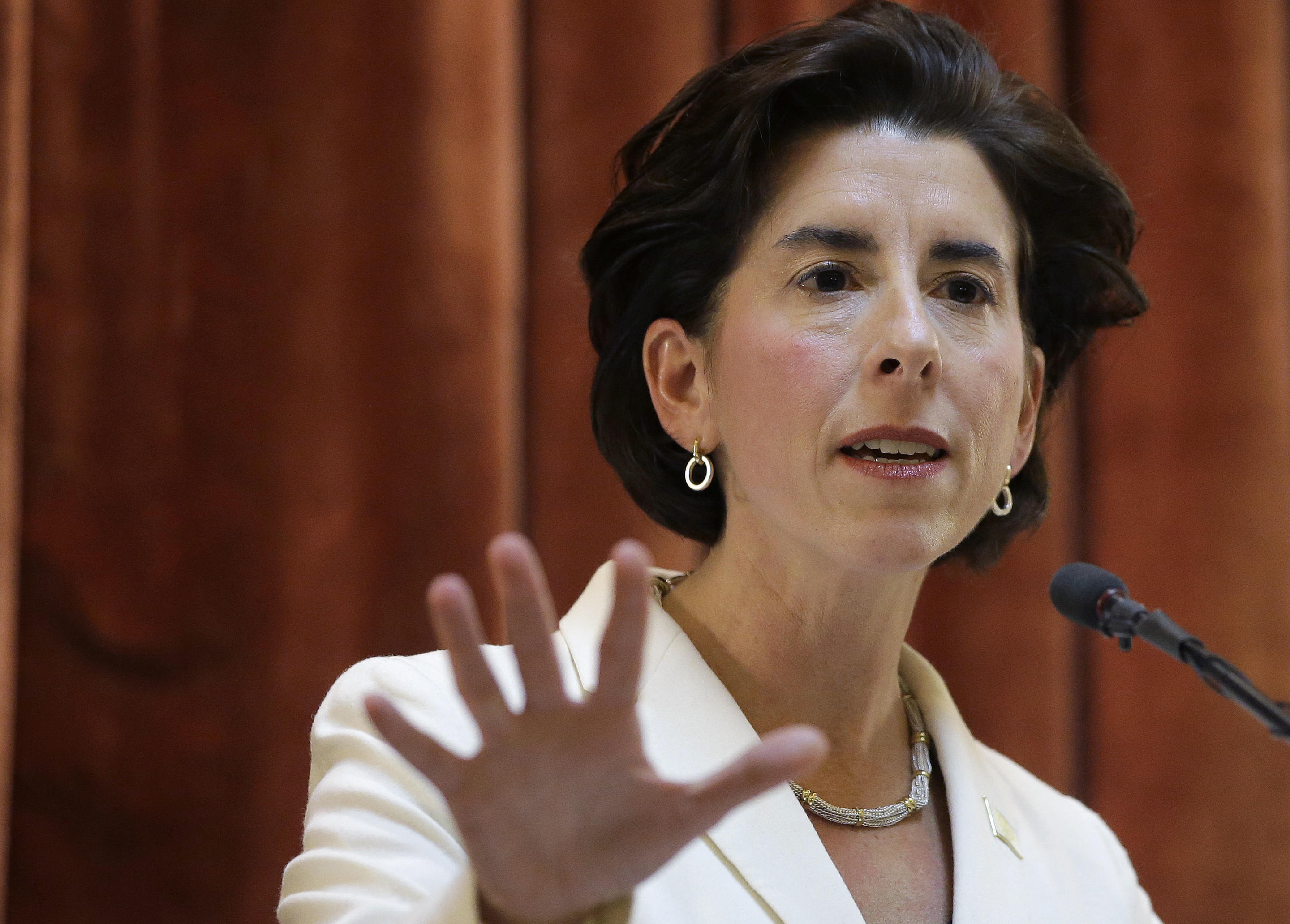 Rhode Island's Democratic governor faces a spirited but poorly funded challenge in Wednesday's primary, while the mayor of the state's second-largest city is seeking the GOP nomination for his second shot at the governor's seat in November. First, he has to defeat a state lawmaker making her first gubernatorial run.

Gov. Gina Raimondo has been making the case for a second term by highlighting the state's improving economic fortunes, including a falling unemployment rate, as well as new job training programs and free community college tuition started during her tenure. She's being challenged in the Democratic primary by former Secretary of State Matt Brown, who last held office over a decade ago. He has been pushing himself as the grassroots alternative and has been hammering Raimondo for her close corporate ties.

Brown is running to Raimondo's left on a Bernie Sanders-type platform of Medicare for All, tuition-free college and a $15 minimum wage. Raimondo has raised $7.7 million, 20 times Brown's total. The campaign has taken a negative turn in recent days. Raimondo released an ad attacking Brown last week, accusing him of "apparent laundering of campaign contributions" the last time he ran and "stiffing" his campaign workers. Brown's campaign has sent a cease-and-desist letter calling on Raimondo and her campaign to retract the "false attacks" in the ad.

On the Republican side, Cranston Mayor Allan Fung, who ran in 2014 as the GOP nominee against Raimondo, is the front runner. Fung was the first Chinese-American mayor in the state. His opponent, Rep. Patricia Morgan, leads the tiny House minority caucus in the overwhelmingly Democratic General Assembly. Fung came in 4.5 points behind Raimondo in a three-way race in 2014.

The most closely watched down-ticket race is for lieutenant governor, which pits incumbent Democrat Dan McKee against self-described progressive state lawmaker Aaron Regunberg. The position has few official duties, but officeholders have used it as a way to advance certain causes on a statewide level.

In congressional races, Democratic Sen. Sheldon Whitehouse and Rep. David Cicilline are not expected to face serious trouble in their primaries. Rep. Jim Langevin is unopposed in the Democratic primary.

The secretary of state's office had no estimate of turnout for this year's primary, but the number in recent midterm primaries has fluctuated. Turnout in the 2014 primaries was 44 percent, and in 2010, it was 49 percent. But in 2006, during a hotly contested primary for U.S. Senate, turnout was 58 percent.