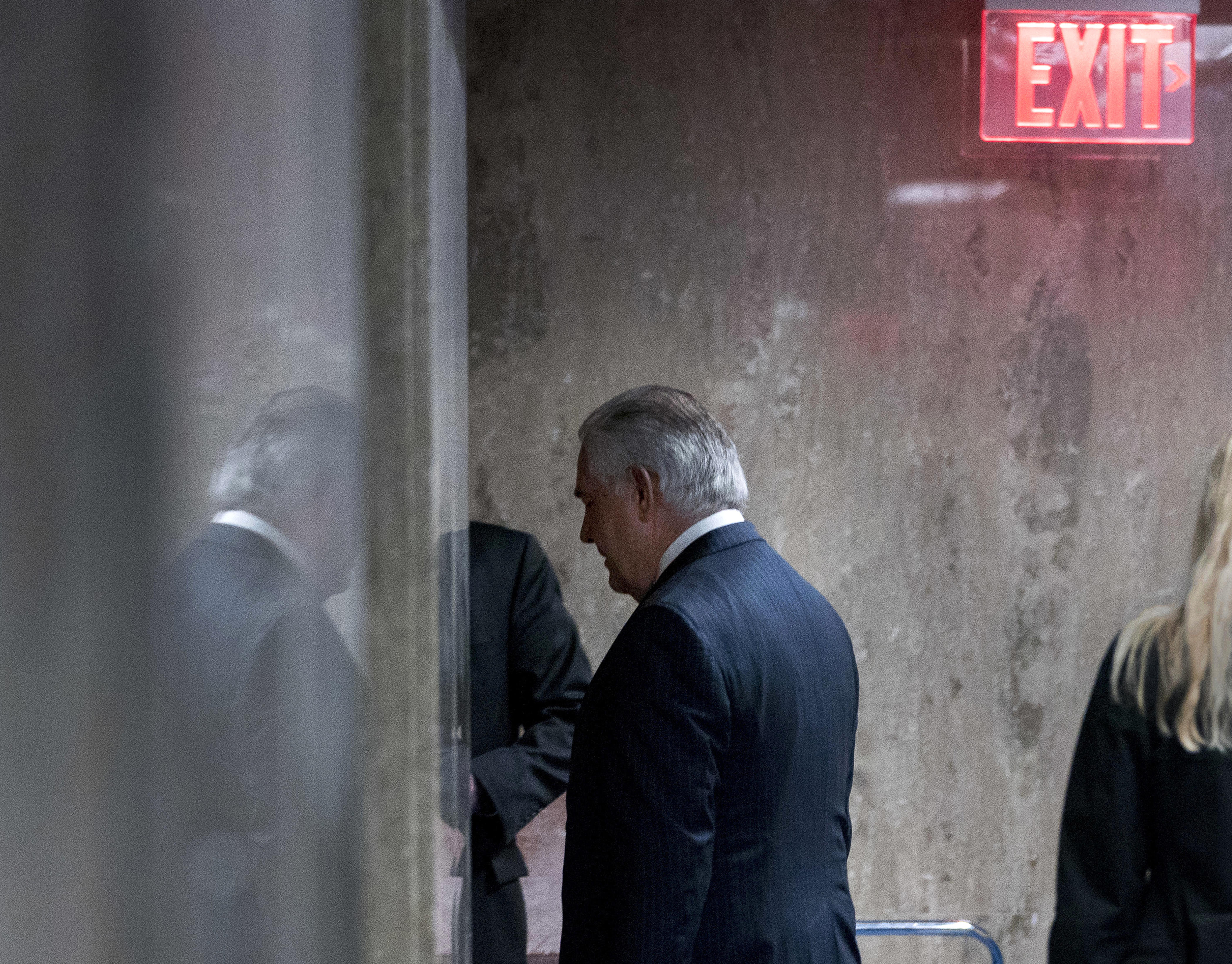 The official said Kelly and Tillerson agreed that no announcement would be made until Tillerson returned from his trip to Africa; the agreement was made at Tillerson's request. And just hours after Tillerson arrived back on 4 a.m. on Tuesday, The Washington Post reported Tillerson was leaving the administration and President Trump tweeted that CIA Director Mike Pompeo would be nominated to replace him.

Yet the firing on Tuesday seemed to catch Tillerson somewhat by surprise. According to CBS News' Margaret Brennan, Kelly did not tell Tillerson he was being fired during that Friday call, and instead relayed to him that he was on thin ice. Kelly also told him a tweet might be coming from Mr. Trump regarding his job. Tillerson told Kelly that if he was going to be fired, he wanted to hear it from Mr. Trump himself.

Tillerson told reporters the next day that he had received a call from the White House at around 2:30 a.m. Nairobi time. As a result, he said he "was up most of that night." He cancelled his public appearances set for the day, with the official reason given that he was not feeling well. According to Brennan's sources, however, Tillerson skipped the appearances because he did not want Mr. Trump to tweet about his job while he was conducting official business. He did not, a source said, want to be "Comey'd."

State Department Under Secretary Steve Goldstein, Tillerson's de facto spokesman, released a statement Wednesday morning saying Tillerson had not spoken to Mr. Trump and was unaware of the reason for his ouster. Goldstein was then subsequently fired by the administration. Later Tuesday, it was announced he would be replaced by State Department spokesperson Heather Nauert.

Tillerson cut short his trip to Africa. Talking to reporters on the plane back, he seemingly gave no indication that he knew he was out of a job, but his explanation for abbreviating his trip was vague. "I felt like, look, I just need to get back," Tillerson told reporters on his way back from Africa, and spoke of suffering from a stomach bug. He also suggested that he should be the point man for the North Korea negotiations.

"I have a lot of confidence in my ability to create the conditions for successful negotiations between two very disparate parties," Tillerson told reporters.

One person who was likely not surprised by Tillerson's sudden ouster is Pompeo, the man who is replacing him. In a Sunday interview with Brennan on CBS News' "Face the Nation," he may have hinted that he would soon be switching jobs. When Brennan asked if Tillerson would be taking the lead on North Korea negotiations, Pompeo demurred, saying that it was Mr. Trump who would take the lead, but Pompeo also repeatedly implied that he would be a major part of negotiations with North Korea.

"I will leave how these discussions proceed to the president of the United States," Pompeo said, making no mention of Tillerson. "He will set the course and tone for the direction. But I had a chance this weekend to read the histories, the CIA's histories of our involvement in the previous failed negotiations. You can be sure that say I won't make those mistakes again. We will be at the center of providing the intelligence picture to the president and to the secretary of state, so that each of them can understand how it is we can most likely achieve the president's objective."