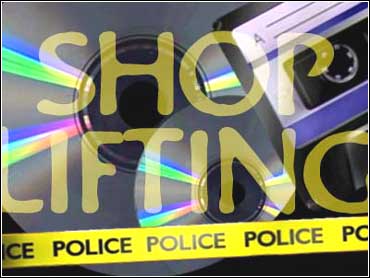 According to police, security guards at a Tower Records store on Broadway saw Reed put three compact discs in his coat pocket before trying to leave the store. The CDs were by Mel Torme's California Suite, Peggy Lee Songs from Pete, and Carmen McRae's Easy to Love.

In the course of a long career, Reed has reviewed movies for Vogue, Women's Wear Daily, the New York Daily News and the Post. He's written several novels and now contributes to The New York Oberver.

The 61-year-old Reed has been charged with larceny and criminal possession of stolen property. He's been released on his own recognizance, and is due in court next month.