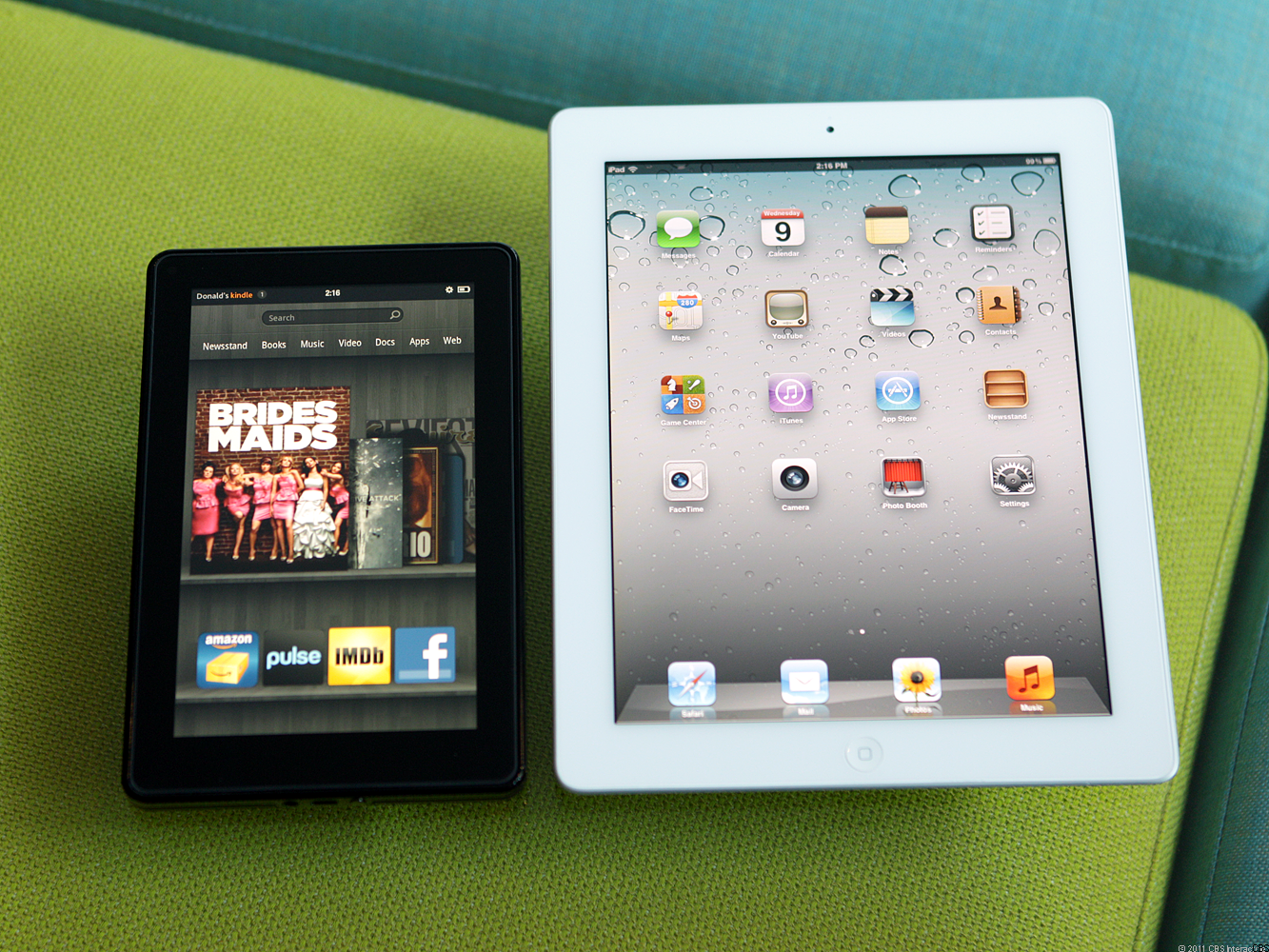 NEW YORK - The Kindle was always an odd product name. Amazon used a verb to name a thing, raising the question: Kindle what? Now we have the answer: Kindle Fire.

The Kindle Fire is the first full-color, touch-screen Kindle. It's available in the U.S. starting Monday for $199.

A price like that for what's essentially a small iPad is bound to light the flames of desire this holiday season. I want to cool those down a bit, or some of you will buy the Fire and feel burned. The Fire is the best Kindle yet, no doubt about it. It's amazing that it costs half of what the first Kindle cost, just four years ago, yet does so much more than display books.

It's more of an all-purpose computer than an e-reader. It shows movies, TV shows and Web pages. It does email and lets you play games. You'll be lucky to get any reading done, with so many other things to do.

But it has to be weighed against the competition. When you do that, it becomes apparent just how spare Amazon had to keep the device to limbo under that $200 price level.

The Kindle's design is even starker than the iPad's. It's a black monolith with only one button - the power switch - and two jacks, for headphones and power. All the controls are on the screen.

The screen measures 7 inches diagonally, a bit larger than the monochrome Kindles and a bit less than half the size of the iPad's. The smaller size does make the Fire more portable than an iPad; it will fit nicely into a handbag, for instance.

The size of the screen wasn't much of an issue on the monochrome Kindles because they were mainly good for showing text anyway. But the responsive color screen of the Fire opens up a lot of possibilities, such as showing magazine and comic-book pages.

Here, the small size of the screen gets in the way. It's just too far from standard page sizes to do them justice. Magazine pages look tiny. Amazon has to jump through some hoops to make them readable, like including a mode that shows just the text. But flicking through a magazine is still a lot of work - and that's one thing that should not be like work.

Barnes & Noble's Nook Color, launched last year, has the same problem - a nice color screen that's too small. The iPad gets it right, for a few hundred dollars more.

While we're on the subject of "too small," let's talk about the Fire's memory. It has 8 gigabytes of storage. That's enough for more books than you'll ever read, but 10 movies will eat up the whole thing.

The cheapest iPad, which costs $499, has twice as much memory. The Nook Color, which costs $199, also has 8 gigabytes, but it comes with a slot for memory expansion with cheap cards. I don't understand why the Fire doesn't have a slot like that. The very first Kindle did. There's no step-up model of the Fire with more memory.

Amazon says the Fire doesn't need more memory because the company provides an online storage locker, where you can stuff all your music and other content. That works when you have Wi-Fi coverage, but not otherwise - the Fire doesn't have the ability to use cellular networks, as some of the monochrome models do. The Fire also lacks a camera and a microphone. Those aren't things you'd expect in an e-reader (the Nook also lacks them). But they are standard features on tablets and are quite useful, particularly for videoconferencing. Their absence is forgivable at $199.

The color screen means, inevitably, that battery life suffers compared with e-readers that use power-sipping monochrome screens. Amazon puts the reading time at eight hours, compared with about 30 hours for the new $99 Kindle Touch, which has a monochrome, touch-sensitive screen and is designed just for reading.

The Fire's software is based on Google Inc.'s Android software, used in smartphones and a bevy of tablets that compete with the iPad. None has really caught on, except to some extent the Nook Color. Amazon CEO Jeff Bezos says this because the other tablets lack an ecosystem of the kind Apple provides in iTunes: an integrated market for books, movies, music and applications. Amazon has done a good job of setting up its own store. Buying and downloading books and movies is a quick process - as long as you're buying them from Amazon.

People complain about how Apple dictates the terms of access to the iPhone and iPad, but Amazon's Kindles have always been more restrictive, and the Fire is only a slight departure from that strategy.

You can't buy copy-protected books from anyone but Amazon and expect to read them on the Fire, as you can on the iPad. Even the Nooks allow third-party books. Amazon achieves this control by operating its own app store, separate from the Android Market run by Google. Clever people will figure out a way to bypass this and install any app they want, but most people won't want to bother.

To Amazon's credit, it's allowing the excellent Comixology comics app onto the Fire. That means you don't have to buy your comics from Amazon, and you aren't restricted to the Fire's built-in (and inferior) comics browser. It's also letting the apps for the Netflix and Hulu streaming services onto the device, in competition with Amazon's own streaming service.

So the Fire does justice to fiction and movies, but the iPad does better in almost every way, particularly in the selection of apps, which is about 50 times greater than the Fire's.

If the step up to $499 is too much, you might want to consider the Nook Tablet, which comes out Friday. At $249, it will be the same size as the Fire, but with twice the memory, plus a memory expansion slot. It won't access all of Amazon's goodies and apps, but it will have Netflix and Hulu. Take a look at it before jumping to the Fire.