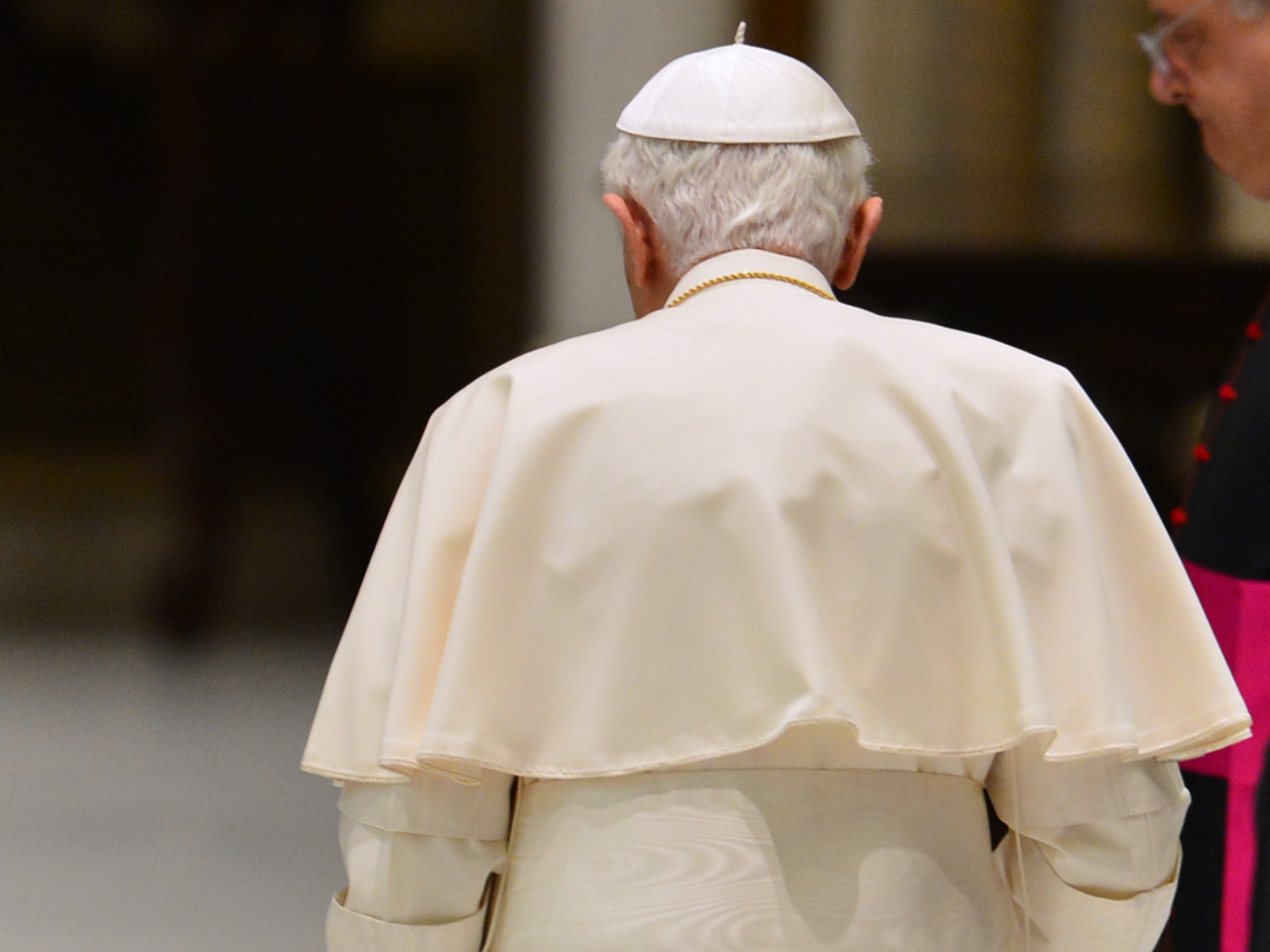 VATICAN CITY Pope Benedict XVI offered a glimpse of what his post-resignation life will be like, telling a gathering of Rome's parish priests that he will be "hidden to the world" after he steps down at the end of the month, CBS News correspondent Allen Pizzey reports .

His latest public comments came as the Vatican revealed that Pope Benedict hit his head during his March 2012 trip to Mexico, but denied the accident had any "relevant" role in his resignation.

It was the most recent revelation of a hidden health issue to emerge from the Holy See since the pope's shock announcement, and adds to questions about the gravity of the pontiff's condition. On Tuesday, the Vatican said for the first time that Benedict has a pacemaker, and that he had its batteries replaced just three months ago.

Italy's La Stampa newspaper reported Thursday that Benedict hit his head and bled when he got up in the middle of the night in an unfamiliar bedroom in Leon, Mexico. The report said blood stained his hair and sheets.

Vatican spokesman the Rev. Federico Lombardi confirmed the incident but said "it was not relevant for the trip, in that it didn't affect it, nor in the decision" to resign.

The Vatican newspaper L'Osservatore Romano reported earlier in the week that Benedict had taken the decision to resign after the Mexico-Cuba trip, which was physically exhausting for the 85-year-old pope.

Compared to a bittersweet atmosphere surrounding the pope's final publicly celebrated Mass on Ash Wednesday, Thursday's appearance was fairly combative. Pope Benedict blamed the media for what he called a distorted interpretation of the Second Vatican Council in the early 1960s for many "calamities" that plague the Catholic Church today.

Benedict has spent much of his eight-year pontificate seeking to correct what he considers the misinterpretation of Vatican II, insisting that it wasn't a revolutionary break from the past, as liberal Catholics paint it, but a renewal and reawakening of the best traditions of the ancient church.

He nailed that point home on Thursday, during a 45-minute, off-the-cuff reminiscence, blaming botched media reporting of the council's deliberations for having reduced the work to "political power struggles between various currents in the church."

Because the media's interpretation was dominant and "accessible to all," it fueled the popular understanding of what the council was all about, he said. That led in the years that followed to "so many calamities, so many problems, really so many miseries: Seminaries that closed, convents that closed, the liturgy that was banalized."

In what will be one of his final public remarks as pope, Benedict said he hoped the "true council" will one day be understood.

"Our job in this 'Year of Faith' is to work so that the true council, with the strength of the Holy Spirit, is truly realized and that the church is truly renovated," he said.

Benedict was a young theological expert at Vatican II, the 1962-65 meetings that brought the Catholic Church into the modern world with important documents on the church's relations with other religions, its place in the world and the liturgy.

During Wednesday's appearance, Benedict's frailty -- which played a part in his decision to resign -- was evident as he was wheeled down the corridor, said Pizzey. But so, too, was the faith and sense of duty which made him accept a job he said he never wanted.

Benedict said the Mass was a "good opportunity to thank everyone . . . and to ask for special remembrance" in prayer.

Those closest to Benedict say they are sad he's going, but respect his decision, according to a senior Vatican communication advisor Greg Burke.

"This is really a courageous move [by] somebody who was considered such a traditionalist, making a decision that goes against six centuries of tradition," said Burke.

In his homily, Benedict lamented the internal church rivalries that he said had "defiled the face of the church" — a not-too-subtle message to his successor and the cardinals who will elect him.

Those rivalries came to the fore last year with the leaks of internal papal documents by the pope's own butler. The documentation revealed bitter infighting within the highest ranks of the Catholic Church, allegations of corruption and mismanagement of the Holy See's affairs.

Benedict took the scandal as a personal betrayal and a wound on the entire church. In a sign of his desire to get to the bottom of the leaks, he appointed a commission of cardinals to investigate alongside Vatican investigators. His butler, Paolo Gabriele, was convicted and sentenced to 18 months in prison, although Benedict ultimately pardoned him.

Benedict will leave Vatican City by helicopter at 5 p.m. on February 28 for Castel Gandolfo, about sixteen miles away. Three hours later he will go from being the spiritual leader of 1.2 billion Catholics to the first retired Pope in more than 600 years.