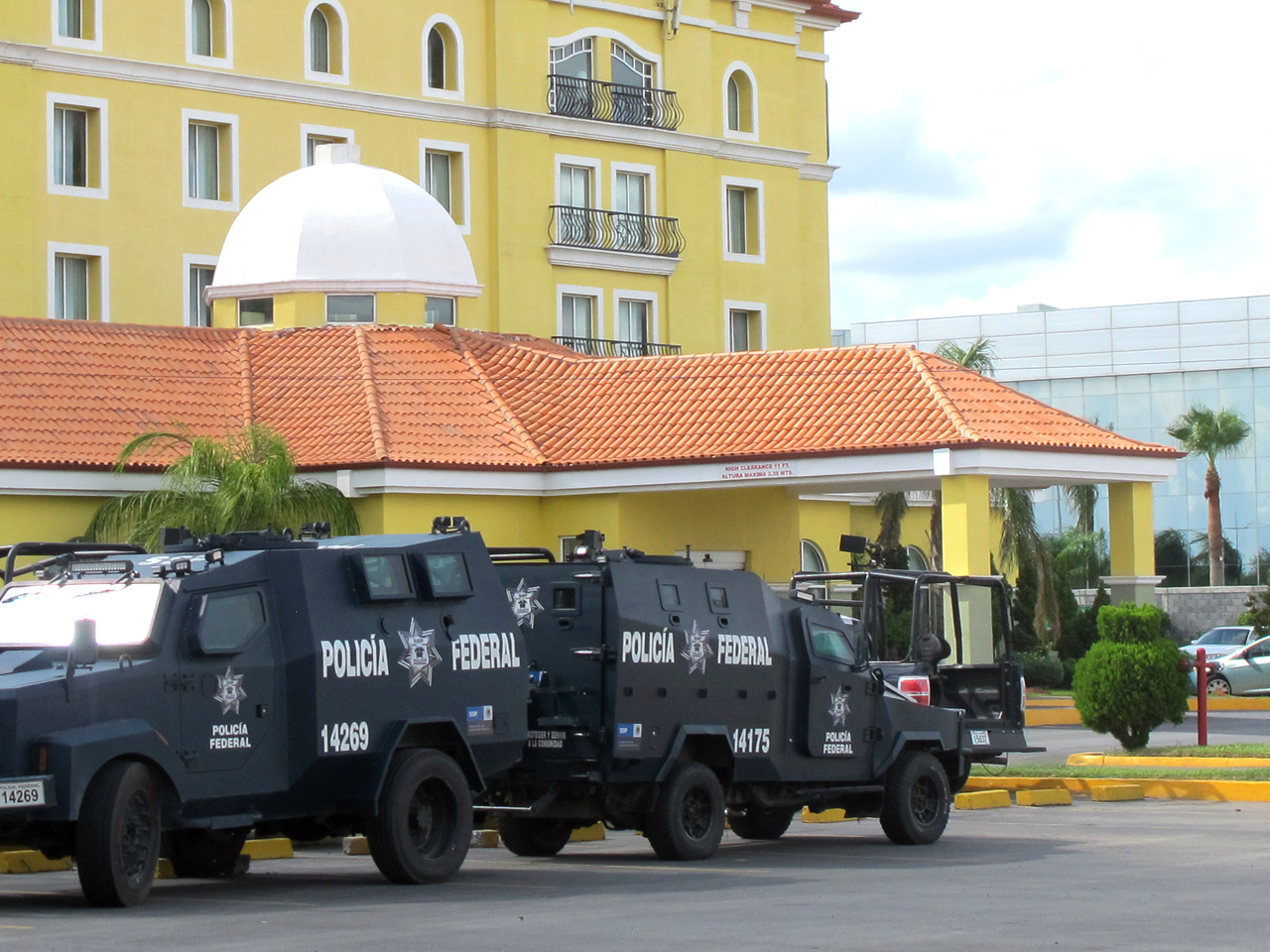 NUEVO LAREDO, Mexico The capture of the homegrown boss of Mexico's most feared drug cartel wasn't discussed publicly by residents of this northern border city and not a word appeared in the local newspapers a day after the arrest of the Zetas' Miguel Angel Trevino Morales.

After all, this is a town where bodies have swung from a local overpass -- nine on one night last year. Decapitated heads frequently have been dropped along roadsides, and grenades have been tossed in the vicinity of anyone who dared protest, all in an effort to secure Trevino Morales' reign.

In low voices and away from prying eyes, residents said Tuesday they were anxiously awaiting a violent response. Trevino Morales was a local thug who had fought ferociously to control this valuable route for trafficking drugs and migrants, and residents believe his takedown is unlikely to pass unanswered.

Mexican Marines nabbed Trevino Morales and two others on a dirt road southwest of the city Monday without a shot being fired. On Tuesday, residents held their tongues and waited. Soldiers stood guard behind stacked sandbags, while Marines, state and federal police cruised the city of 350,000 residents in highly visible armed convoys.

"We're waiting," said Antonio Ybarra Martinez. The 54-year-old wasn't talking about passing the time with his two friends in the slim shade of a downtown parking lot.

He meant waiting for bloodshed.

"Truth is, it's a little tense," chimed in his friend, who only gave his name as Sergio. "There could be reprisals." Sergio, 44, who described himself as a laborer, noted that Trevino Morales was from Nuevo Laredo and has family that could push for a response.

Nuevo Laredo has the feel of a border city where commerce rules. The downtown is a grid of congested narrow streets filled with businesses. Street performers jostle with windshield cleaners for drivers' attention at the busiest intersections. Meanwhile tractor-trailers filled with products for the U.S. market rumble along wide roads on the perimeter toward the international bridges.

On Tuesday, four pickup trucks full of state police armed with assault rifles sat across the street from city hall where grenades have been lobbed in the past. Not surprisingly, a city spokesman declined to comment and the mayor was unavailable. City officials also had nothing to say in February after their police chief, Roberto Balmori Garza, disappeared, except that they were waiting for him to come back.

A truckload of soldiers sat amid shiny new Fords at a dealership on the outskirts of the city. No one was willing to talk there either. This is the art of survival in Nuevo Laredo, the lessons of experience. In 2011, the Zetas targeted a nascent attempt by residents to share information in an online chat room. At least three apparent users of Nuevo Laredo en Vivo were killed, including a woman who was decapitated. In case there was any mistake about the message, the head of Maria Elizabeth Macias, or "Laredo Girl," was left atop a keyboard.

The violence could also come from rivals outside the Zetas, residents say.

The Zetas and the Sinaloa cartel have been fighting over Nuevo Laredo for years. Five international bridges connect the city with Laredo, Texas, and make it the southern border's busiest commercial port of entry. Several years of calm followed a bloody battle in 2005, reportedly won by the Zetas.

In recent years, however, violence has resumed, with the Zetas fending off attacks from the reportedly allied Sinaloa and Gulf cartels.

There's a crossroads with an overpass on the outskirts of Nuevo Laredo that is one of its busiest. A wide road flanked by assembly plants such as Sony and a Modelo beer distributor passes under the city's main artery.

Twenty-three bodies that turned up on one day in May 2012, were supposedly part of that battle with the Zetas' rivals. Fourteen of those were found decapitated and dumped near city hall, while the other nine were hung from that overpass. Messages threatened the Zetas' former benefactors, the Gulf cartel.

Within sight of that overpass on Tuesday, a man said the arrest was good news that everyone knew, but no one was speaking of publicly.

"They almost don't comment at all," said the man who declined to give his name out of safety concerns. He said people don't want to get involved, even in conversation about organized crime. The city has so far been quiet, he said, but after nightfall they will see "if it gets ugly."

The man said he hardly goes anywhere except home and work and he didn't expect improvement. The problem is that there are always others ready to fill the void, he said.

Trevino Morales was his case in point. Z-40, as he was called, already was reportedly running the cartel's operations when Heriberto Lazcano, one of the founding members and ostensible leader, was killed by the Mexican navy in neighboring Coahuila state last year. But Lazcano's death cleared the way for Trevino Morales.

In April 2010, a small explosive device was thrown over the fence of the U.S. consulate downtown causing minor damage and no injuries. The U.S. State Department temporarily closed the location before later reopening.

Now, Nuevo Laredo residents are watching to see who comes next, fearful the succession could bring on a new wave of violence.

"No one knows who are the good ones or the bad ones," said a downtown convenience store manager who declined to give his name. He complained the blanket of fear in the city had long cut into his sales. Many downtown clubs and discos have closed because no one will go out after dark, he said. He claimed to not even have heard about Trevino Morales' arrest because he doesn't have a television in his store and there was nothing about it in the newspaper. "The truth is, the situation is very difficult. Nobody speaks of this world."